Selby to Extend Number One Run

Despite a 5-3 defeat to Thailand’s Thepchaiya Un-Nooh at the last 32 stage of the Hanteng Autos World Open earlier today, world champion Mark Selby is now assured of remaining at the top of snooker’s world rankings for at least the next two months.

Heading into the ongoing event in China, there was a mathematical chance that Stuart Bingham could have overtaken Selby to become snooker’s 12th ever world number one player if he were able to win the event with Selby making an early exit.

Although Selby has indeed fallen at the third round, so too has Bingham following a 5-3 defeat to Ali Carter during the same session, meaning that the reigning world champion will retain a lead of nearly £80,000 to the 2015 Crucible king when the rankings are updated next Monday.

Looking further ahead, it looks increasingly likely that Selby’s run in top spot, which stretches back to his victory at the German Masters in February 2015 and is the longest unbroken spell as world number one since the switch to rolling rankings back in 2010, will now continue for some time. This is because with Bingham set to defend the £85,000 won at the 2014 Shanghai Masters in September, in the short-term at least, the gap between the two is set to grow.

In fact, taking into account the prize money available to be won and that which is set to be defended over the coming weeks, even if Bingham were to win the next two ranking events in Fuerth and Shanghai without Selby winning a match, he would still not have enough prize money to claim top spot. This means that Selby is assured of remaining as number one until at least the conclusion of the new European Open in Cluj on 9th October, but more realistically some time beyond that.

What about the other potential challengers? The likes of Shaun Murphy and Judd Trump remain some way behind as it stands, again demonstrating the importance of victory at the World Championship in relation to snooker’s world rankings. That said, if third ranked Murphy were to win this week in Yushan, he would close to approximately £40,000 behind the world number two and be within touching distance of what would be a new career-high ranking heading into the next few events. 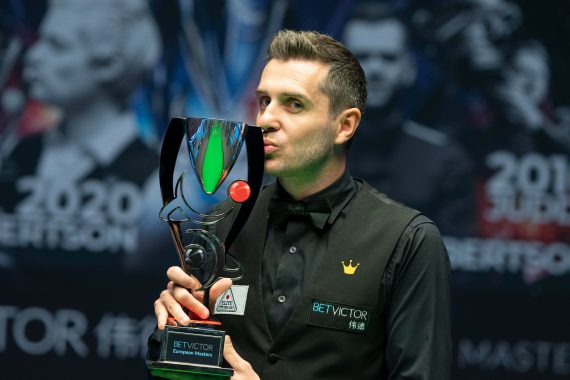