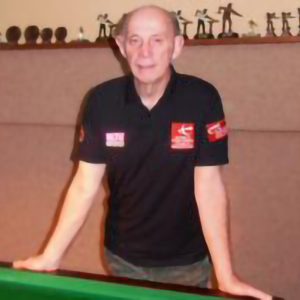 Date graduated as a World Snooker Coach: May 2012

Details of current coaching activities: I am an avid snooker coach based in New Zealand. I coach groups as well as one on one private individual lessons

Hobbies and Interests: Snooker, Surfing, Computer programming for tournaments and family (not necessarily in that order) I am also involved in running National tournaments throughout the North Island of New Zealand.

Why did you get involved in coaching? I have been playing snooker for over 45 years and still have great pleasure from the game enjoying success at different levels and hold over seventy trophies. I became involved in basic coaching around 20 years ago and more seriously in the last ten years enjoying the challenge and satisfaction of putting something back into the game, I receive great pleasure from watching players of all ages improving their game.

Brief summary of your coaching experience: Having coached for all this time and having sat and passed several coaching levels I am now involved in coaching at a National level having being named as the under 21 coach for the 2012 championship in Wuxi China, One of my student’s having recently won the New Zealand under 21 Championship. To further my coaching career by involving myself in the World Snooker programme with the greats Steve Davis and Terry Griffiths was a simple and rewarding decision