Victory for Judd Trump at the new European Masters tournament on Sunday means that we now know 13 of the 16 players who will be competing in this year’s Champion of Champions event in Coventry next month.

With Trump already qualified for the event, following his victories at the Champion of Champions and China Open events last season, Mark Davis is now assured of his place thanks to his victory at the World Seniors Championship in Preston.

Qualification for the event will be determined by the results of professional tournaments dating back to Neil Robertson’s victory at the event in 2015, events having been ordered in a specific line of priority.

With the 13 players bolded above now guaranteed to be at the Ricoh Arena, the winners of the remaining three events are guaranteed to join them if they are not already qualified.

A maximum of three players can still qualify through this list, if each of the remaining three qualifying events are won by players not already qualified for the Champion of Champions.

Another place is up for grabs this week in Manchester, with the Coral English Open already underway at Event City. 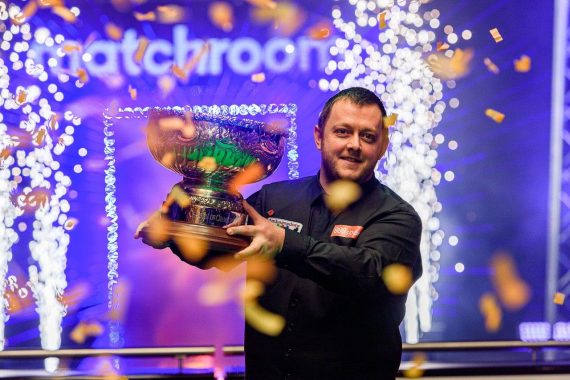