The WPBSA Delivery Team is made up of a professional and highly-skilled coaching team which is committed to helping you to join our team as a qualified snooker coach. 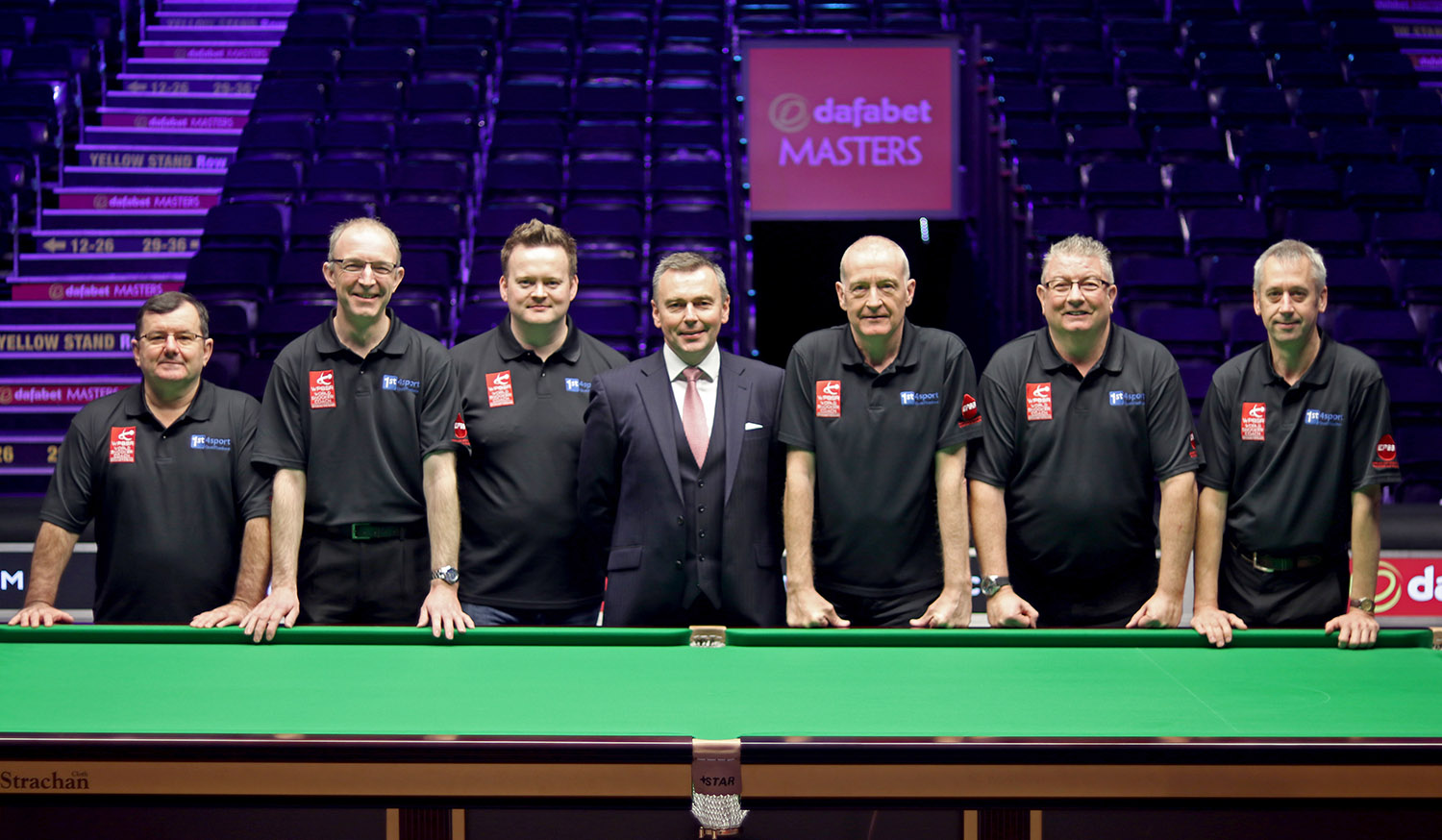 A qualified snooker coach since June 2008, Chris Lovell has been a key figure behind the WPBSA Coaching Programme for over a decade before joining full-time as Head of Training and Development Manager in 2019.

In 2018 he led the development of the 1st4sport Level 2 Certificate in Snooker Coaching, the first qualification of its kind in our sport to be recognised by nationally recognised awarding organisation 1st4sport Qualifications.

He has also played an important role within the Paul Hunter Foundation as its Head of Delivery since 2006 and played a key role in the Cue Zone into Schools initiative. 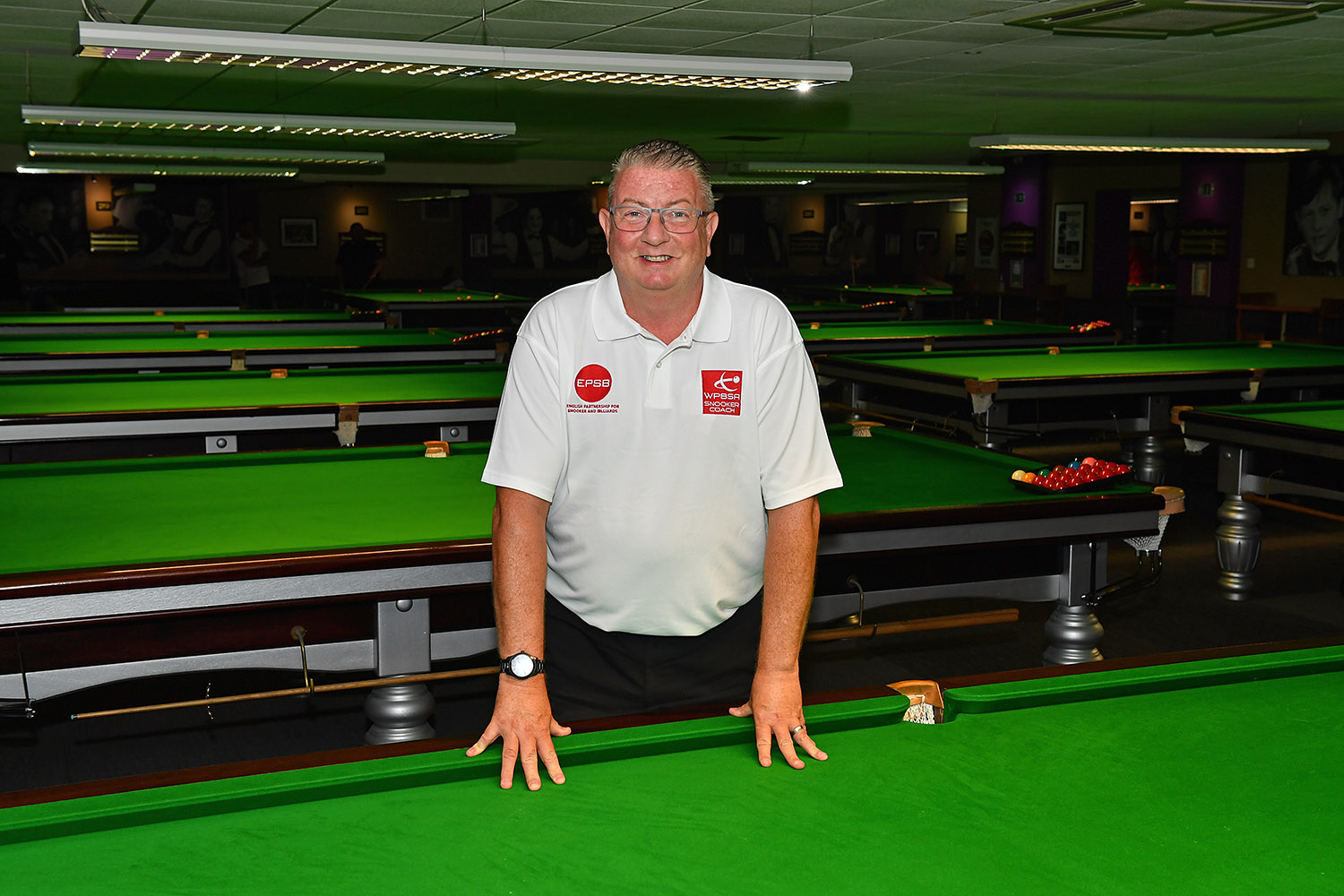 Andrew Highfield has been a snooker coach for over 20 years and together with Chris Lovell has been closely involved with delivering all levels of the WPBSA Coaching Programme for many years.

In particular, Highfield is responsible for demonstrating the practical elements of each course, including the ‘White to Black’ programme during our entry level course. 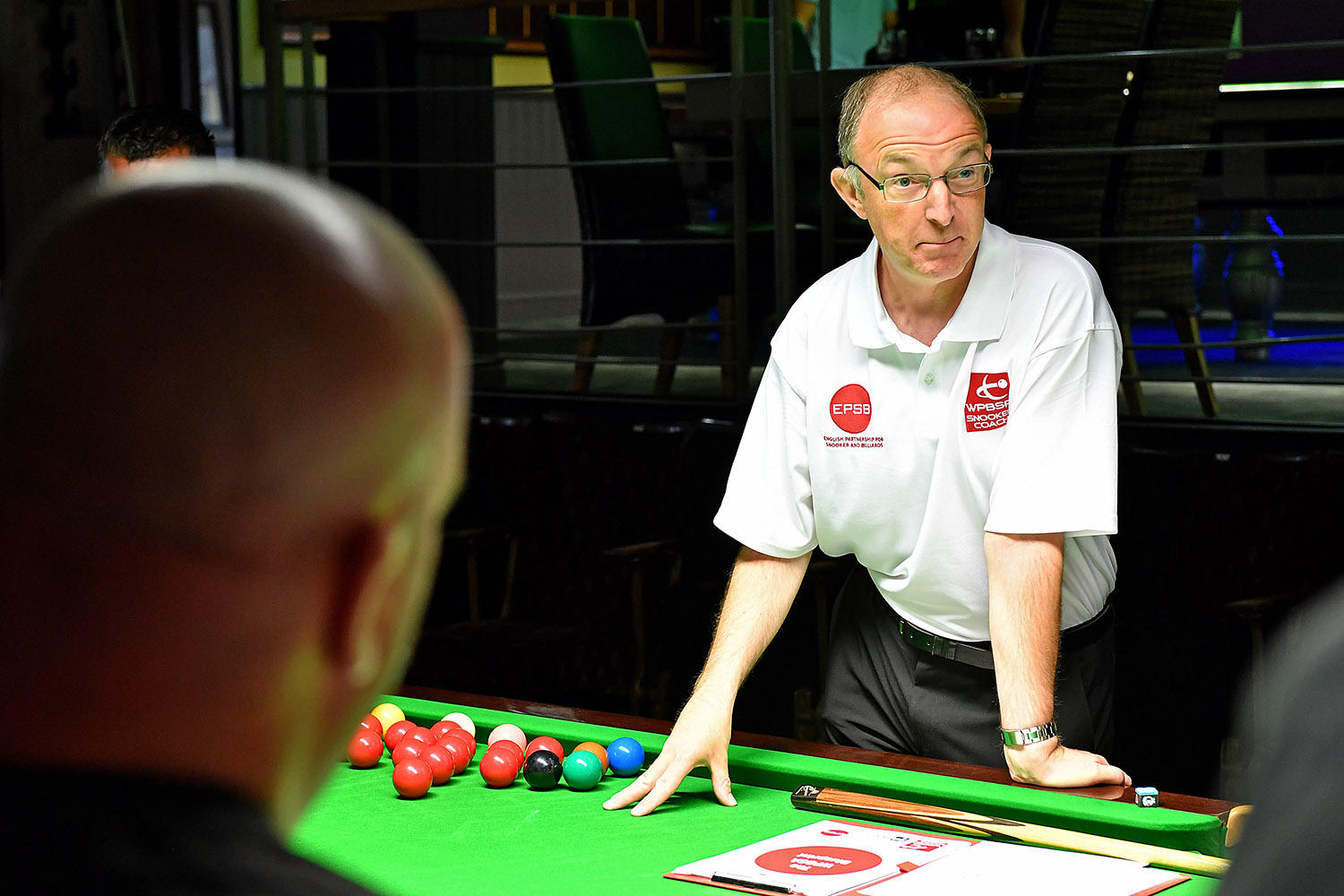 England’s Nigel Bond has competed on the World Snooker Tour since 1989, reaching a high ranking of number five and winning one ranking event title.

In recent years Bond has become an accomplished coach based at the Star Snooker Academy in Sheffield. He also coaches extensively around the world including recently Germany, Qatar, Russia, Macedonia and Thailand. 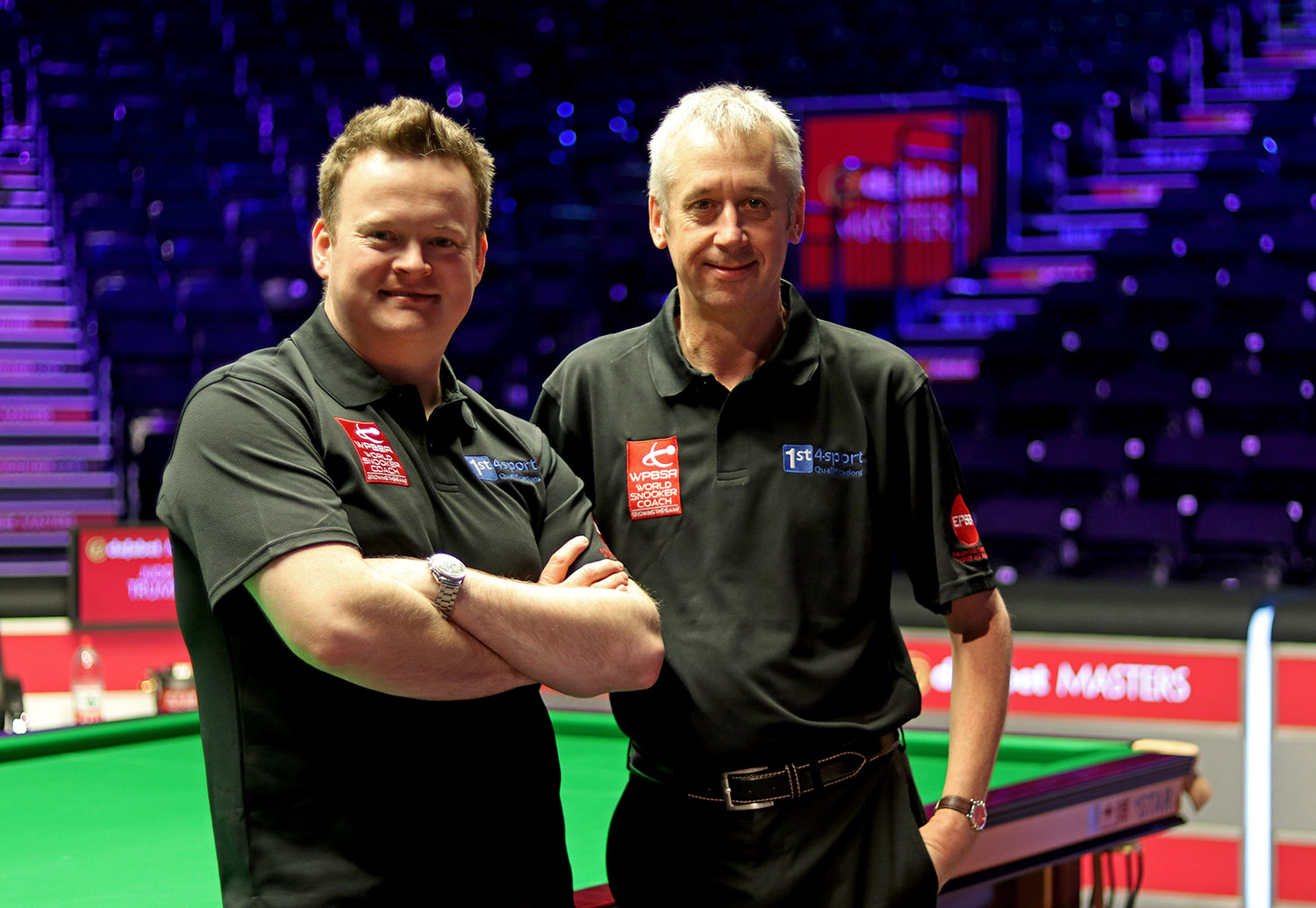 Former world champion Shaun Murphy joined the coaching team in 2017 and is part of the team responsible for delivering the Level 3 Advanced Course to coaches. 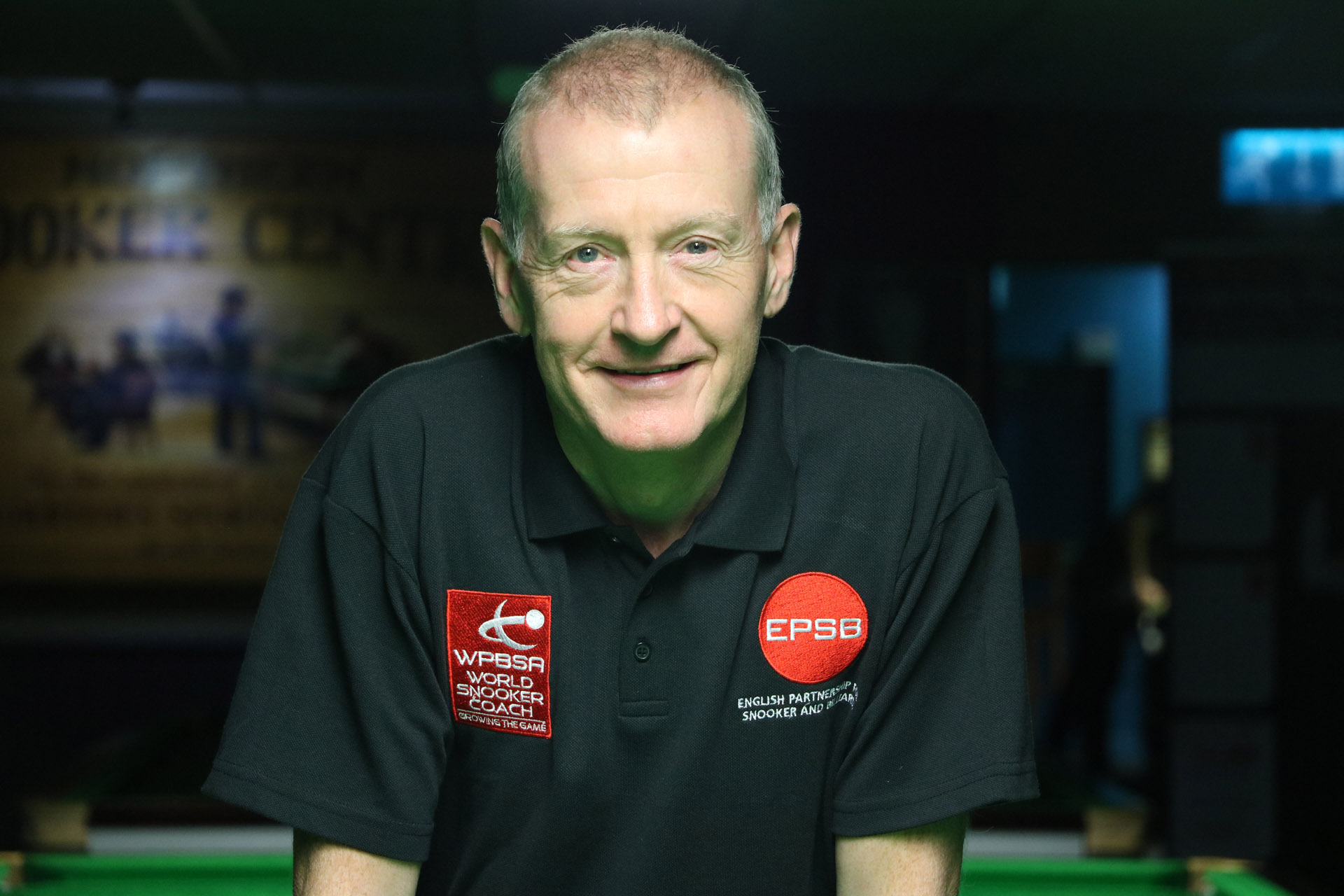 One of snooker’s all-time greats, six-time world snooker champion and former world number one Steve Davis is a long-time supporter of the WPBSA Coaching Programme and currently acts as our executive technical advisor.

Still regarded by many as one of snooker’s strongest players technically, Davis remains as fascinated by the sport as ever and is excited to pass on some of his knowledge to our next generation of snooker coaches.