Following victory for Judd Trump in the final of the 888sport European Masters yesterday evening, just two qualifying events remain in the battle for places at this season’s Champion of Champions at Coventry’s Ricoh Arena.

With Trump already qualified for the event at which he was runner-up to Ronnie O’Sullivan back in 2014, Paul Hunter Classic champion Michael White is now assured of his place at the event for the second time following his 2015 début.

As in previous seasons, qualification for the event will be determined by the winners of professional tournaments dating back to John Higgins victory in 2016, events having been ordered in a specific line of priority.

As already mentioned above, Welshman Michael White is now guaranteed a place at this year’s Champion of Champions, with Lommel winner Judd Trump already in following his Players Championship victory earlier in the year.

There are just two remaining opportunities for the likes of Neil Robertson, Mark Allen and Kyren Wilson to join them, by winning at either the English Open or International Championship during the next month. If they, or other players as yet unqualified for Coventry are able to claim silverware, then Shoot Out winner Anthony McGill would be the first to miss out, with World Cup winner Liang Wenbo at risk if both events are won by ‘new’ players.

The penultimate place will be determined following the English Open, which runs from 16-22 October at the Barnsley Metrodome. 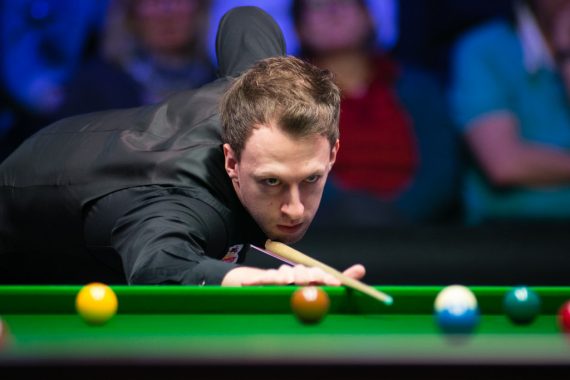