This week sees the return of professional snooker for the final tournament prior to this season’s Betfred World Championship as the tour heads to Beijing for the 2017 China Open.

As well as being a prestigious title in its own right, the event marks the final chance for players to add ranking points to their tallies ahead of the most important rankings revision of the season, which will determine the final seeding list for next month’s World Championship. For some players, this could be the difference between automatically qualifying for Sheffield – or having to win three matches at Ponds Forge to take their place at the Crucible Theatre.

The action gets underway tomorrow in China, with the top 16 ranked players following the conclusion of the event next Sunday seeded through to play at the Crucible Theatre automatically, while the remaining tour players will be entered into the qualifying draw.

On 3 April 2017 following the China Open, the current seedings list will be revised and used to determine the seedings for the 2017 World Championship.

By the time of the revision, prize money earned from all events during the 2014/15 season excluding the 2015 World Championship will have been deducted and replaced by that from this season’s events up to that date.

As always, we have already removed the points to be deducted from the appropriate column on the latest provisional seedings list, to show the situation as up to date as possible.

Also note that all seeding permutations below are provisional and on the basis that all eligible players enter the World Championship.

That being the case, the last 16 draw is currently shaping up as follows:

Much can still change in China though as explained below…

Even taking to account the fact that he is due to lose £85,000 from his ranking having won the China Open back in 2015, long time world number one Mark Selby is still forecast to lead closest challenger Judd Trump by some £272,925 following this year’s event, such is the extent of his dominance at the top of the order in recent times.

This means that regardless of the outcome in Beijing, Selby is guaranteed to be the world’s top ranked player heading into Sheffield this year, while he would of course be installed as top seed anyway as defending champion, regardless of his ranking.

Behind him, Trump ended Stuart Bingham’s near two-year hold on second place in the rankings following his victory at the recent Players Championship, but with just £738 separating the pair, their positions in the draw for Sheffield will depend on their respective runs this week in China.

There is also a close battle from 4-6, with Ding Junhui, Shaun Murphy and John Higgins also able to change places between now and the Crucible.

With the players currently occupying 7-9 positions (Barry Hawkins, Marco Fu and Neil Robertson), all having not qualified or not entered the China Open, the only player able to break into the top eight for the World Championship is two-time runner-up Ali Carter.

To do so, the Captain would need to win the title, which would be enough to see him climb three places to seventh in the list.

So to the big one, with top 16 qualification the difference between a guaranteed place at the Crucible and the task of having to come through three best of 19 frame qualifying matches at Ponds Forge to make it to snooker’s most iconic venue.

Oddly, the battle is somewhat more straight-forward than in recent years, with 15 players already guaranteed to be back at the Crucible this year as a seeded player.

The only man still not certain of his place therefore is Welshman Ryan Day, who currently occupies 16th place in the latest provisional seeding list. Already out of the China Open having lost in qualifying, he can still miss out if:

Looking at the draw for Beijing, interesting both Perry and Gould share the same quarter and so theoretically could meet for a best of nine encounter with a place at the Crucible on the line!

David Gilbert and Ricky Walden meanwhile are scheduled to meet as early as the last 32, while Maguire and McManus can also be found in the same section of the draw.

Michael Holt and Mark Williams are also scheduled to meet in the last 32, in what would be a repeat of their Crucible encounter less than a year ago.

Turning to the battle for top 32 places, it is important to note that this is significant for the World Championship qualifiers as the player ranked 17-32 following the China Open will be guaranteed to avoid each other at Ponds Forge.

Currently occupying 32nd spot is Leicester’s Tom Ford, but having not qualified for the final stages in Beijing, he knows that victory for Matt Selt against Zhou Yuelong would be enough to displace him.

If not Selt, then Mark Davis can break into the top 32 with a quarter-final run, while Zhou Yuelong and Jimmy Robertson would require a semi-final.

For Matthew Stevens, Mike Dunn, Kurt Maflin, Xiao Guodong and Fergal O’Brien only the final would be sufficient, while behind them a further 19 players could break into the top 32 by winning the title in China.

Normally I would now analyse the battle for top 64 places, however with players ranked 17-80 set to be seeded to play those 81-144 at the World Championship, for this tournament only it is the top 80 which becomes an important bracket to consider.

John Astley currently holds on to 80th position following a strong return to the tour this season, but having not qualified for China can still be overtaken by no fewer than 11 players remaining in the draw.

For more updates throughout the week, check back here at WPBSA.com for my live blog or alternatively follow @prosnookerblog and @WPBSAofficial via Twitter. 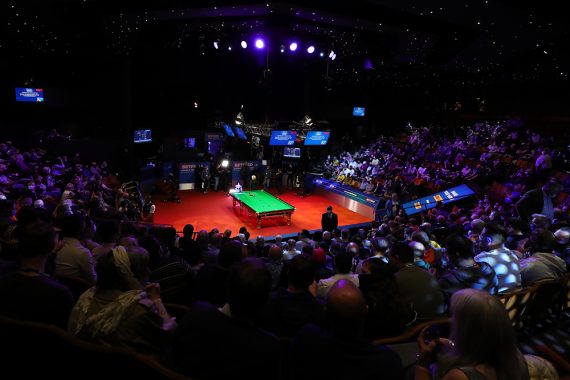