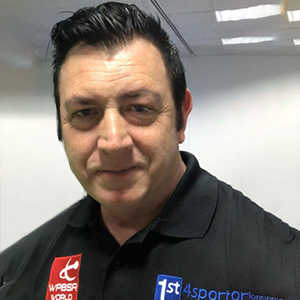 I am proud to say I have been a snooker player since 1986 and practiced hard from the age of 12 with the help of my father at the Ilford snooker centre in Essex where I often would play and practice with many of the young up and coming junior players there being names that I would later turn professional including Ronnie O’ Sullivan, Peter Ebdon, Mark King, Ken Doherty, Joe Swail, and others who would also join the main tour just from that club.

At the age of 16 I made my first 147 maximum break and would turn professional at aged 17 to be able to compete in all ranking events on tour.

I also started coaching at amateur level to gain the experience needed to know how to coach and explain myself to others and show them the correct way.

After passing my snooker coaching exams with Ray Reardon MBE in 1998 I was lucky to be asked by World Snooker to coach lots of the main Ranking events new Cue Zone areas. During this time I invented many of the coaching methods games and activities still used in Cue Zones by coaches today.

In 2019 I also was proud to pass the 1st4sport Level 2 Certificate in Snooker Coaching course in Sheffield.

After coaching for years at grassroots level I am very proud to say I have seen at least ten of my youngsters go on to either be semi-professional level or turn professional on the main tour with many more having had century breaks.

I have had coaching rolls at professional level and now coach snooker at corporate level.