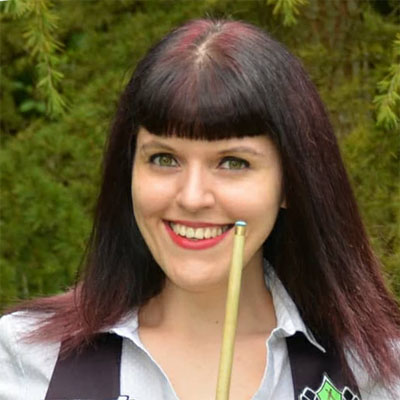 Diana has regularly played cue sports for over 20 years, including the World Women’s Snooker Tour since 2014, reaching a career-high world ranking of number eight.

She has also been a regular competitor at the German National Championships, reaching the final of the women’s event in 2018.

Away from snooker, Diana works as an Product Owner E-Commerce & Team Lead Conversion Rate Optimization for a large international company based in Germany. She previously owned her own e-commerce business for 15 years, specialising in the marketing and sale of retro clothing and accessories.