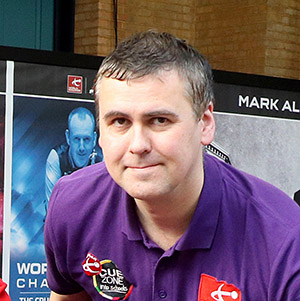 After several years competing in WPBSA & EASB events, John turned to coaching and in February 2010 passed the Grade A exam at the World Snooker Academy in Sheffield.

Since then John has set up his own small coaching business in and around London, Gone2pot snooker. He coaches players of all standards from beginner to century breaker. He can regularly be seen working at the Masters, UK and World Championship events at the Cue Zone.