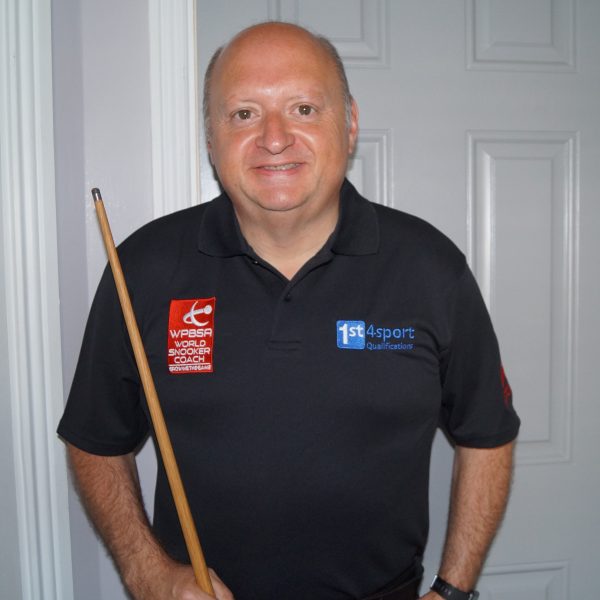 Full time professional snooker coach with over 25yrs experience, coaching in Ireland, Europe, Asia and Africa representing the SBI Association. I am also the Head Coach of the European Billiards & Snooker Association qualifying coaches all across Europe.

I am the Resident Head Coach at the SBI Centre of Excellence HQ in Carlow.

I fell in love with the coaching game when I started to coach my brother Michael to play snooker and he went on to play for Ireland in the 1993 Home Internationals in Blackpool. I then started to coach all around Ireland and coach a number of Irish Champions.

In 1997 WPBSA Coaching Director Terry Griffiths travelled to Ireland set up an official Irish Coaching Foundation and I then became a full-time coach. I later became a WPBSA Coach in 2011. I was lead coach at the WPBSA Cue Zones during the World Championships in Sheffield. In 2021 I became a 1st4sport Level 2 WPBSA Coach and was invited to be part of the new WPBSA International Coaching Advisory Panel.