Reanne Evans has defeated Mink Nutcharut 4-2 to win the Scottish Women’s Open title for the first time at The Q Club, Glasgow.

The success earns the world number one a second ranking crown of the season and sees her maintain her 100% start to the campaign following victory at the UK Women’s Championship in July. The triumph is her 65th title of her WWS career, taking her to within three of the record held by Allison Fisher. 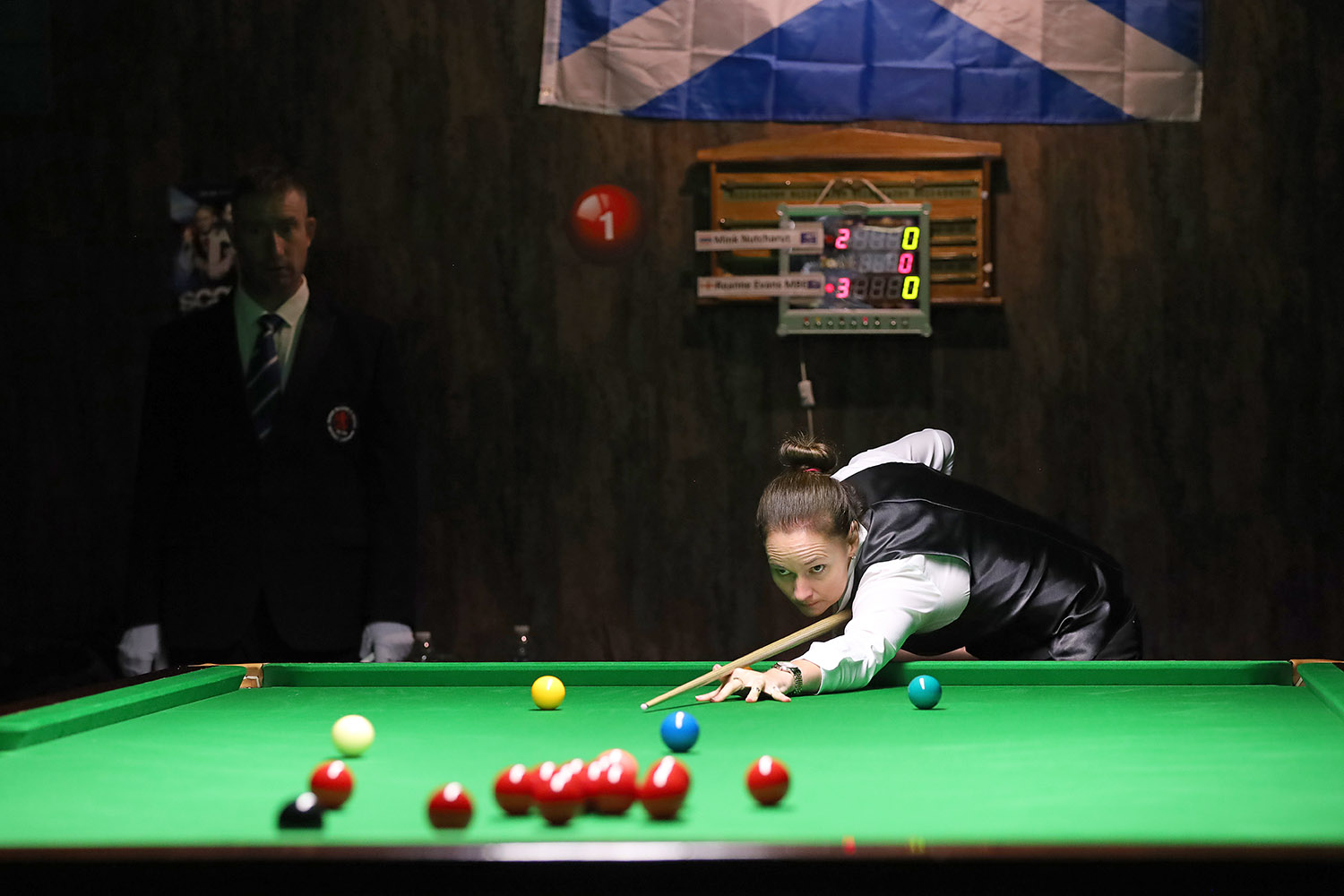 Wins against Zoe Killington (3-0), Ploychompoo Laokiatphong (3-0) and most notably three-time world champion Ng On Yee (4-2) in the semi-finals saw Evans progress to the title match. There she would face top seed Mink Nutcharut, after the world champion came through a marathon day with victories against Siripaporn Nuanthakhamjan (3-2), Laura Evans (3-2) and Rebecca Kenna (4-3) to reach her first final of the season.

It looked like Evans would make the stronger start to the match, only for Mink to come from behind to steal the opening frame on a respotted black. Breaks of 46 and 44 would see the world number one hit back to claim a 2-1 lead, before Mink levelled the scoreline with a run of 47. 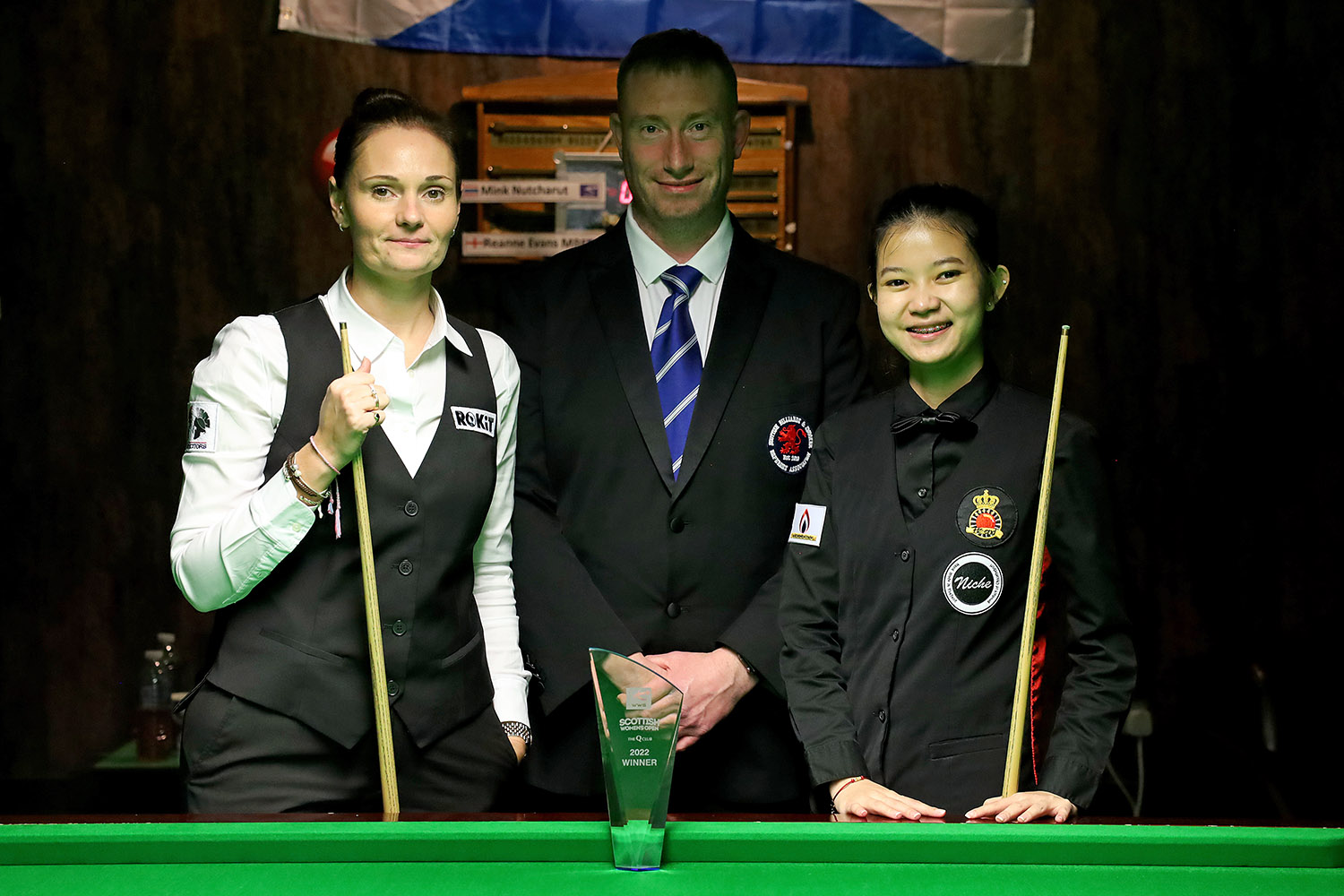 The crucial frame would prove to be the fifth as it was the turn of Evans to steal a frame from behind to regain the lead at 3-2, before she added the sixth to close out victory. 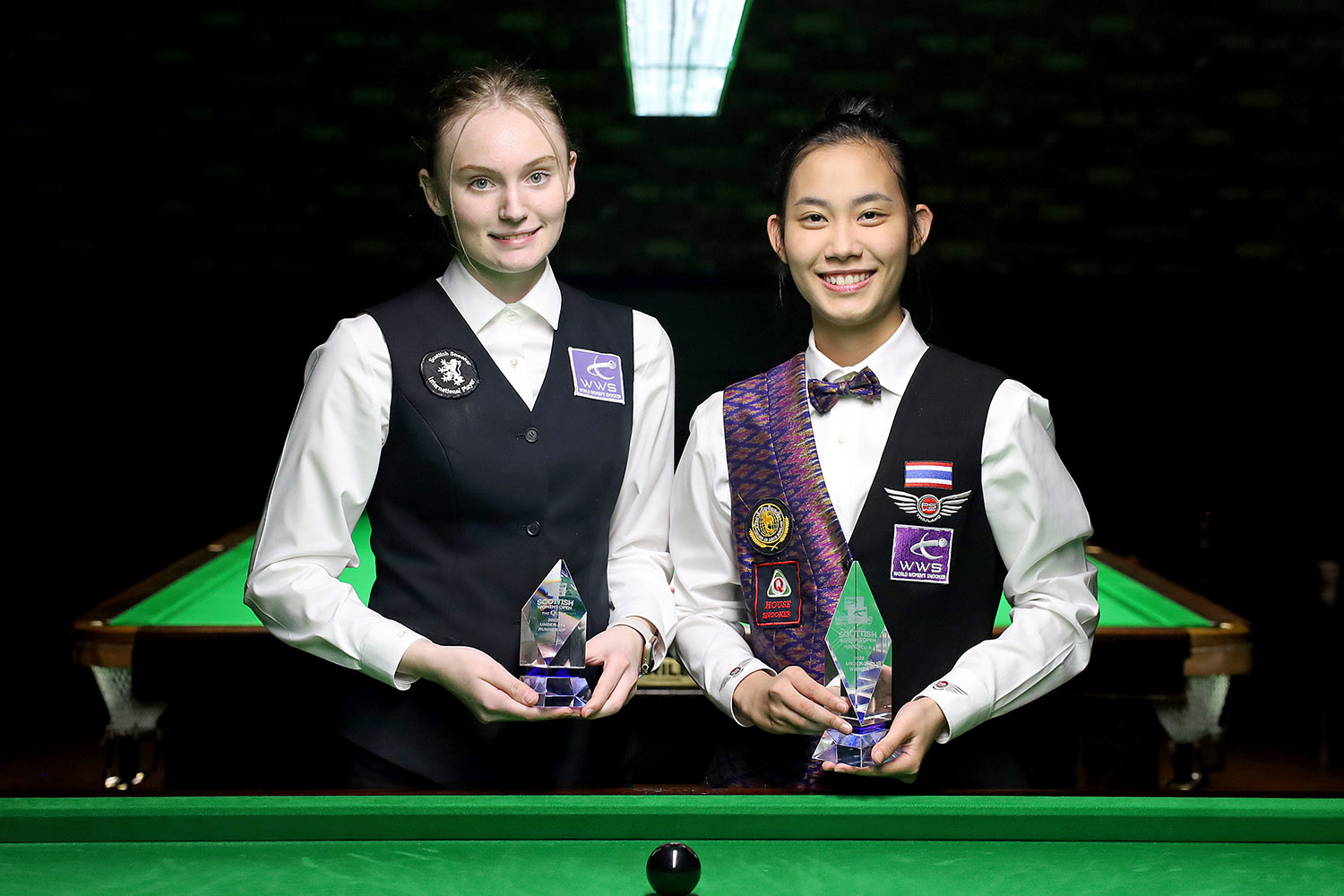 There was a fourth consecutive Under-21 title success for Thailand’s Ploychompoo Laokiatphong, after the 20-year-old defeated first-time finalist Sophie Nix 2-0 to maintain her dominance in the junior category. It was an impressive weekend for 14-year-old Nix, as she reached the knockout rounds of the main tournament for the first time. 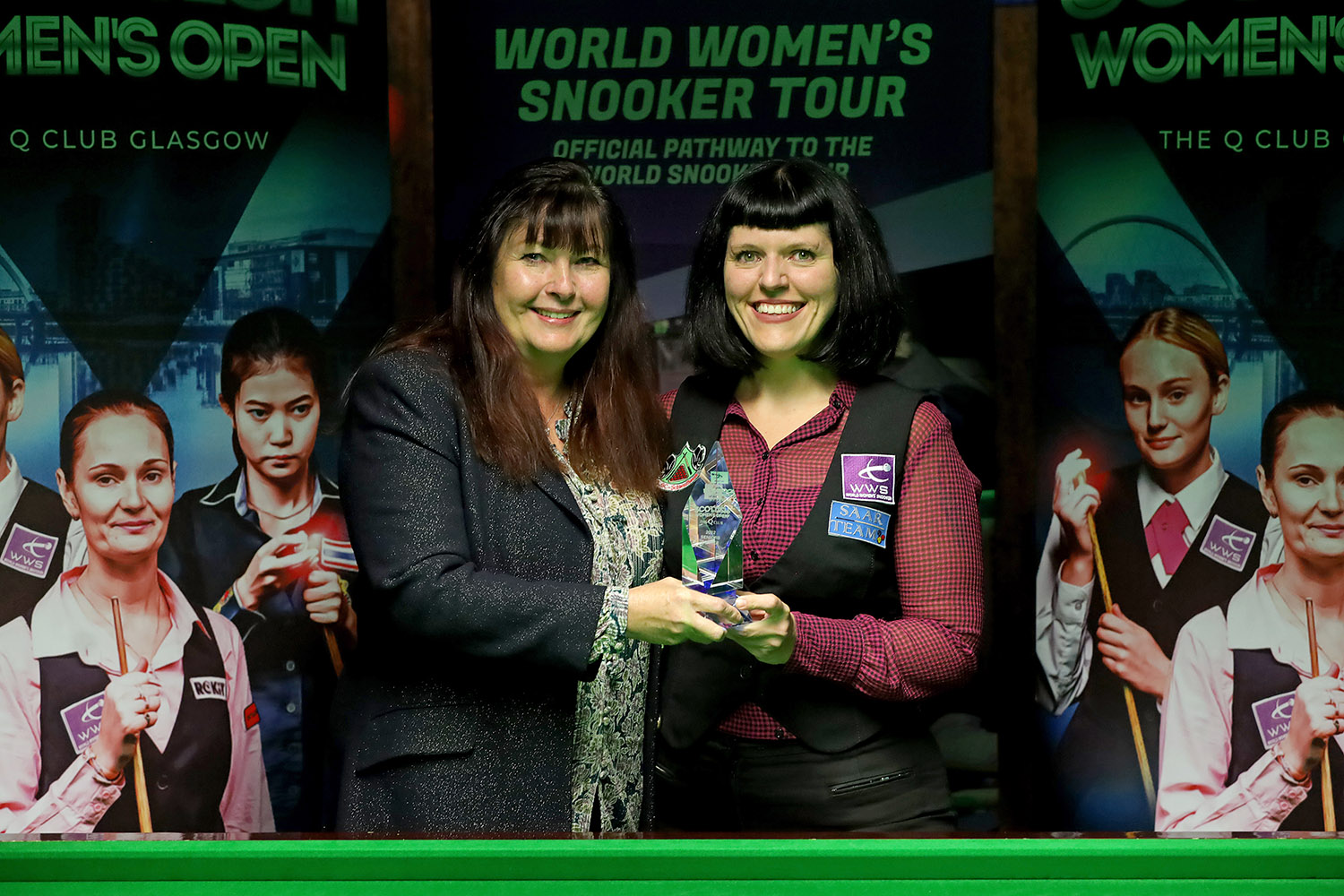 In the Seniors competition, however, there was to be a new champion as Germany’s Diana Schuler stunned top seed Tessa Davidson 2-1 to win her maiden WWS title in Glasgow. The world number nine defeated Maureen Rowland, Mhairi Mackay and Annamaria Wilkins to reach the final, which was ultimately decided by the final pink.

The Challenge Cup competition for players who did not qualify for the final day was won by world number 10 Steph Daughtery, who defeated Chrissy Allwood 2-0 in the final to claim her first silverware of the season. 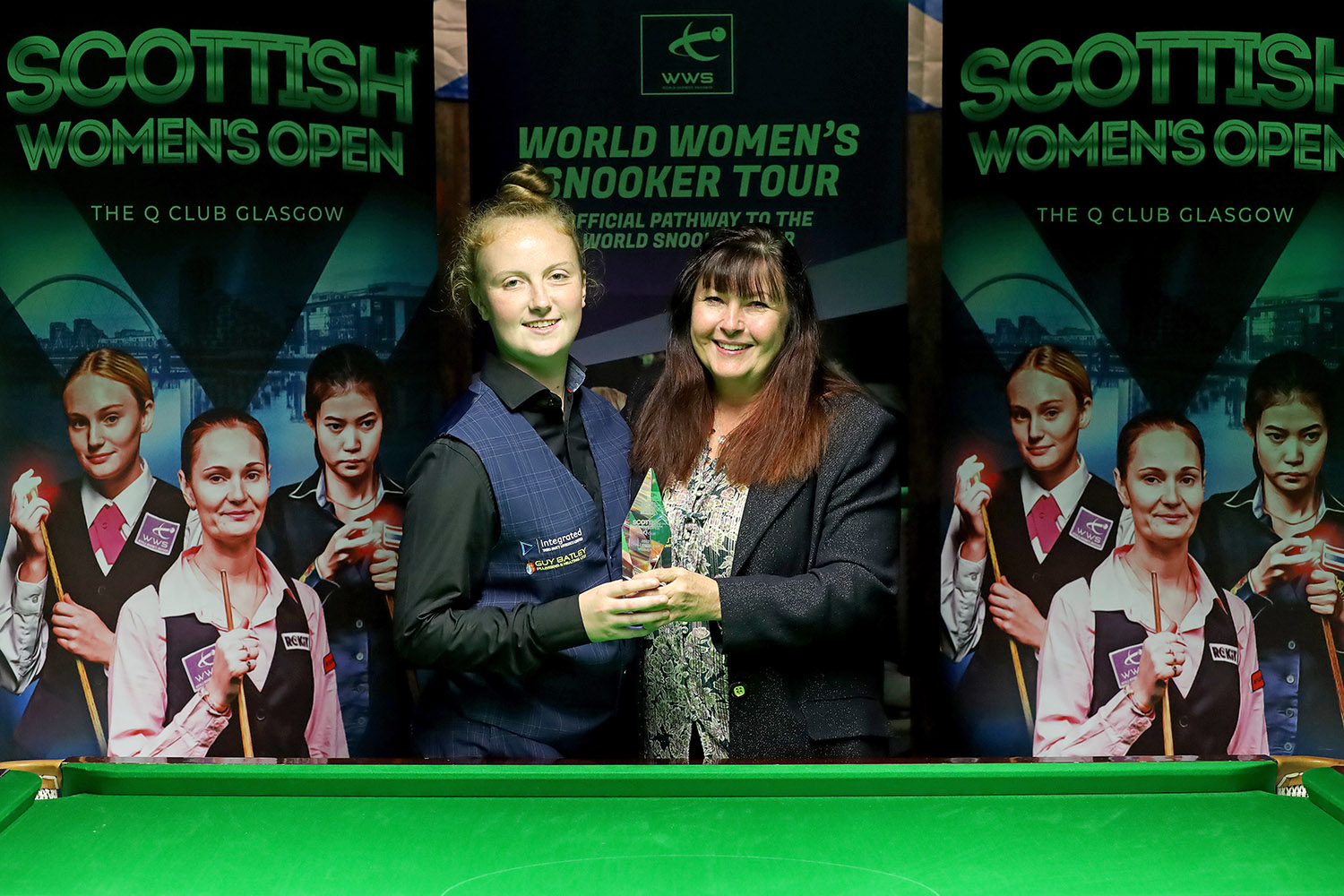 World Women’s Snooker would like to everyone who has supported the tournament, including our wonderful hosts at The Q Club who have welcomed the tournament for the first time.

The WWS Tour returns next month with the Eden Women’s Masters from Frames Sports Bar. Entry remains open for the event HERE. 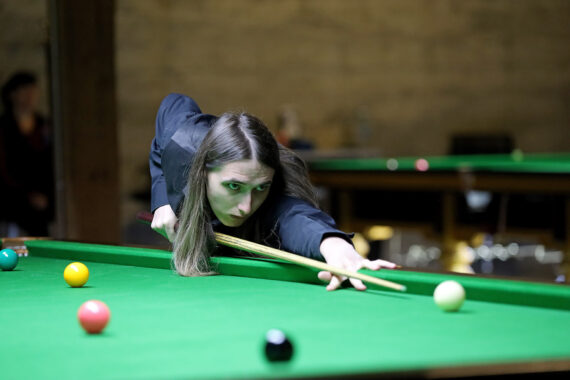 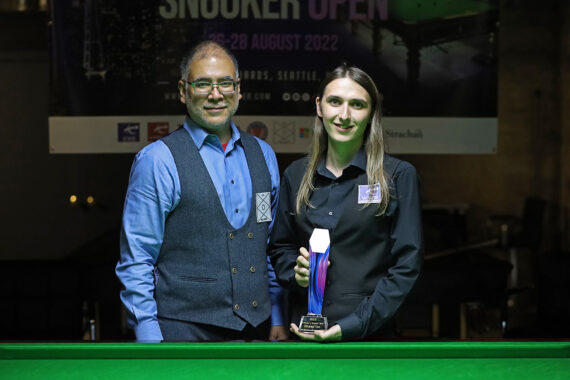