Evans Excited For Shoot Out Return

World Women’s Snooker number one Reanne Evans will return to the baize next week at the BetVictor Shoot Out and is hoping to make it third time lucky in the unique ranking event.

Having previously faced Jimmy White and Ian Burns at the tournament, Dudley’s Evans has once again been nominated to compete at the World Snooker Tour event as one of two WWS nominations together with fourth ranked Rebecca Kenna.

Drawn to play 18-year-old professional Si Jiahui in the opening round, Evans is looking forward to returning to the event, which will be staged behind closed doors for the first time at the Marshall Arena in Milton Keynes. 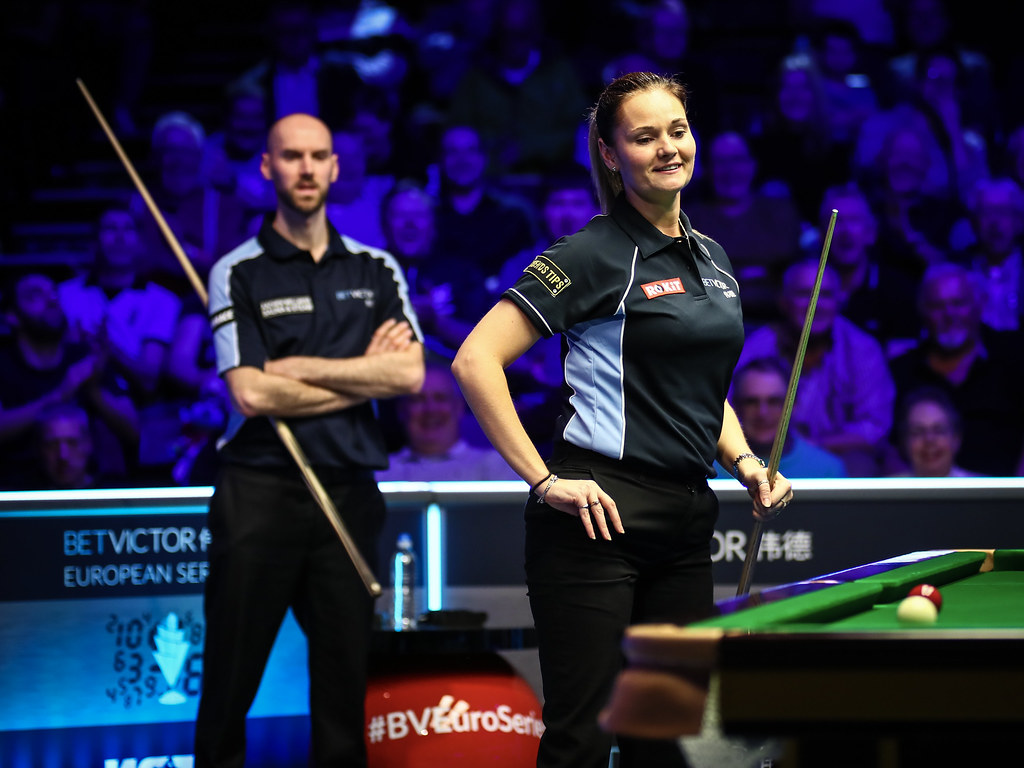 “Three is my lucky number so fingers crossed that I will be able to win,” said the 35-year-old.

“The Shoot Out is a such a different event because of the format and the atmosphere. I have found it to be so nerve-racking during the last two years as the noise has been immense, combined with the clock and the countdown beeping. Last year I enjoyed the experience a little more than the first time because of knowing what to expect a little bit.

“Perhaps there will be less pressure without a crowd this time, but the format is brutal enough without them and the pressure of wanting to perform well and wanting to win brings its own pressure and nerves.

“But I can’t wait and with what’s been going on during the past year I’m just happy to have been lucky enough to be asked to play in it. 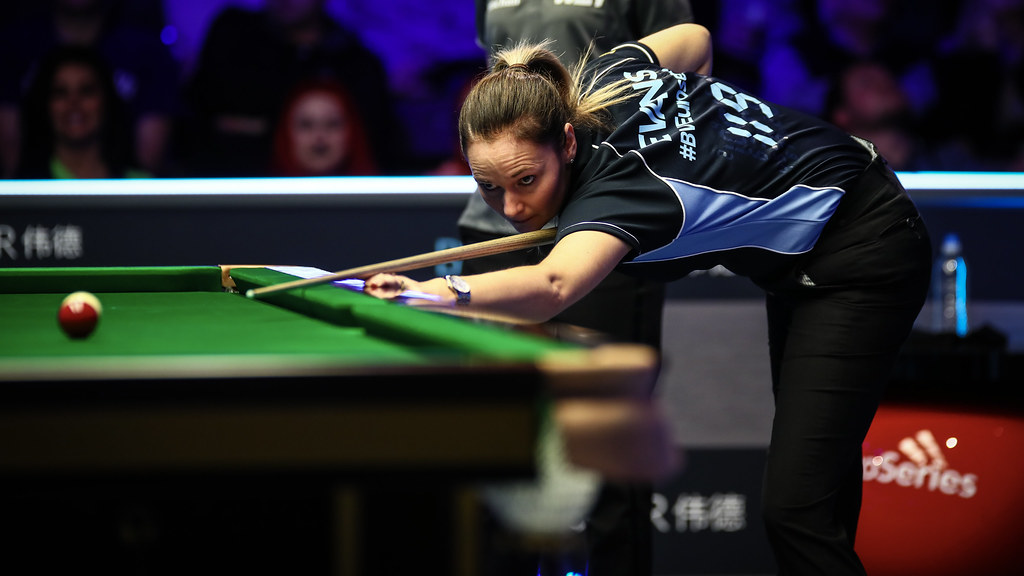 In previous years Evans – who was recently awarded an MBE for her services to snooker – has competed at the Shoot Out in the middle of the World Women’s Snooker Tour season, but in 2021 her appearance will be her first competition since Q School at the end of last season due to the enforced suspension of the women’s circuit since the coronavirus outbreak.

Having competed on the women’s circuit regularly since she was 16, Evans explained that this has been “strange, horrible and frustrating” and that she is looking forward to both returning to competition and to seeing the close friends that she has made from snooker once again. 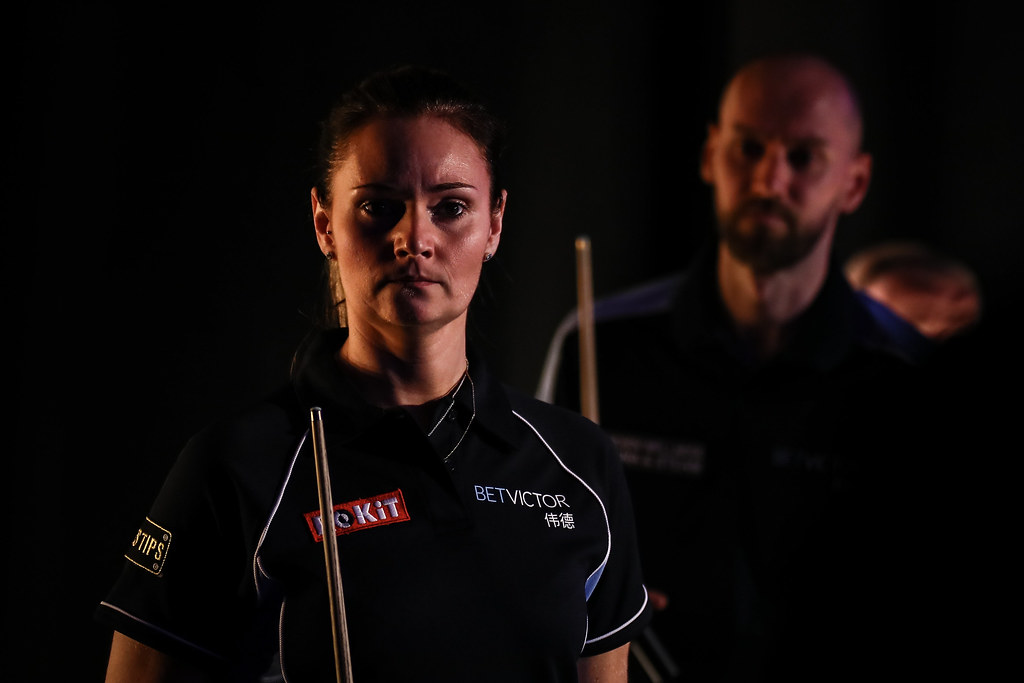 “Having not played on the Tour for a year now I can’t wait to be back playing, practising and travelling again – which I never thought I would say!” said the record 12-time world champion. “I miss moaning to everyone, competing, chatting, seeing everyone, practising – I would say even losing but I would be lying!

“But it makes you realise just how much you take it all for granted and I can’t wait to be back playing again regularly. I just want to have some normality in life now.”

Away from snooker, it is the absence of this normality that Evans has felt the most challenging aspect of the past year, with not being able to see her family and friends for long periods. 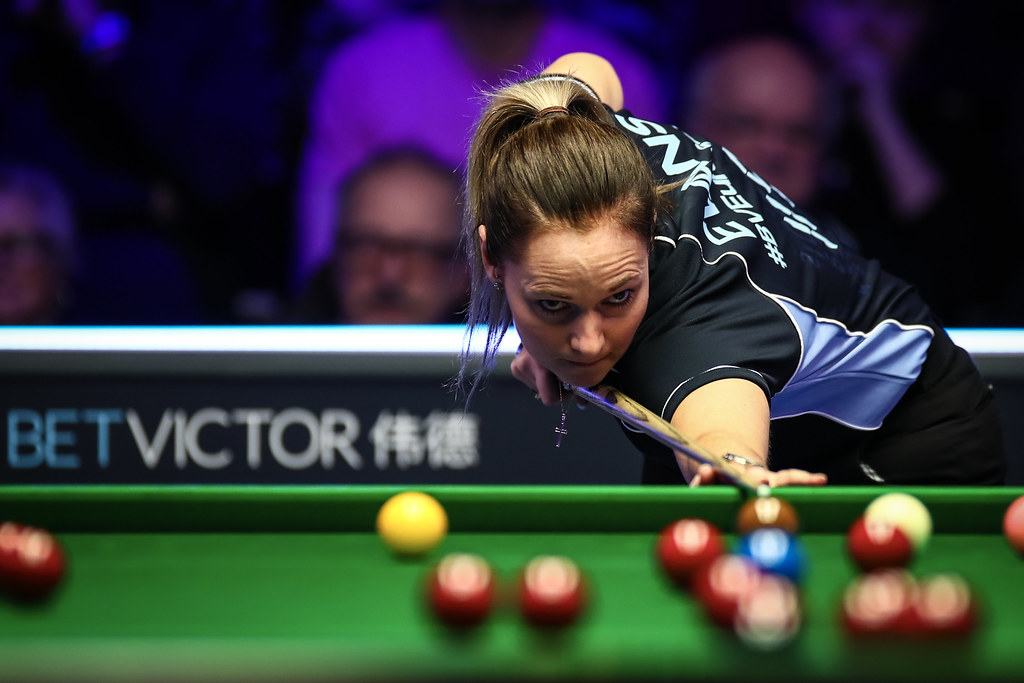 “A few of my family and friends have had COVID-19,” said Evans. “But thankfully they have got through it all ok.

“I have had it easier than some, but I’ve still found it hard. Not being able to earn or play, or even just silly things like socialising, going out for food.

“The first lockdown seemed easier because we didn’t know what to expect. We thought it would be over and the weather was better, but this time round it has been a lot harder. So, for those in worse situations for me I definitely feel for them.

“It’s a hard time for everyone no matter what your situation. For those who don’t have anyone or think there might be no hope, there’s always someone out there who will listen or who will help.

“Social media can be hard place at times, but it’s also helped others. I think it is good to try and focus on something to keep busy to keep the mind busy and set little goals.”

“I just hope we can all get through this by being sensible with our actions and trying to do our part in keeping everyone safe so we can all get back to some sort of normality.”

Televised live by Eurosport and a range of other broadcasters worldwide, the event is part of the BetVictor European Series. 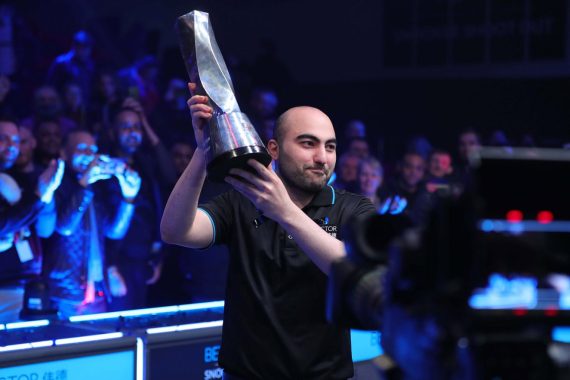