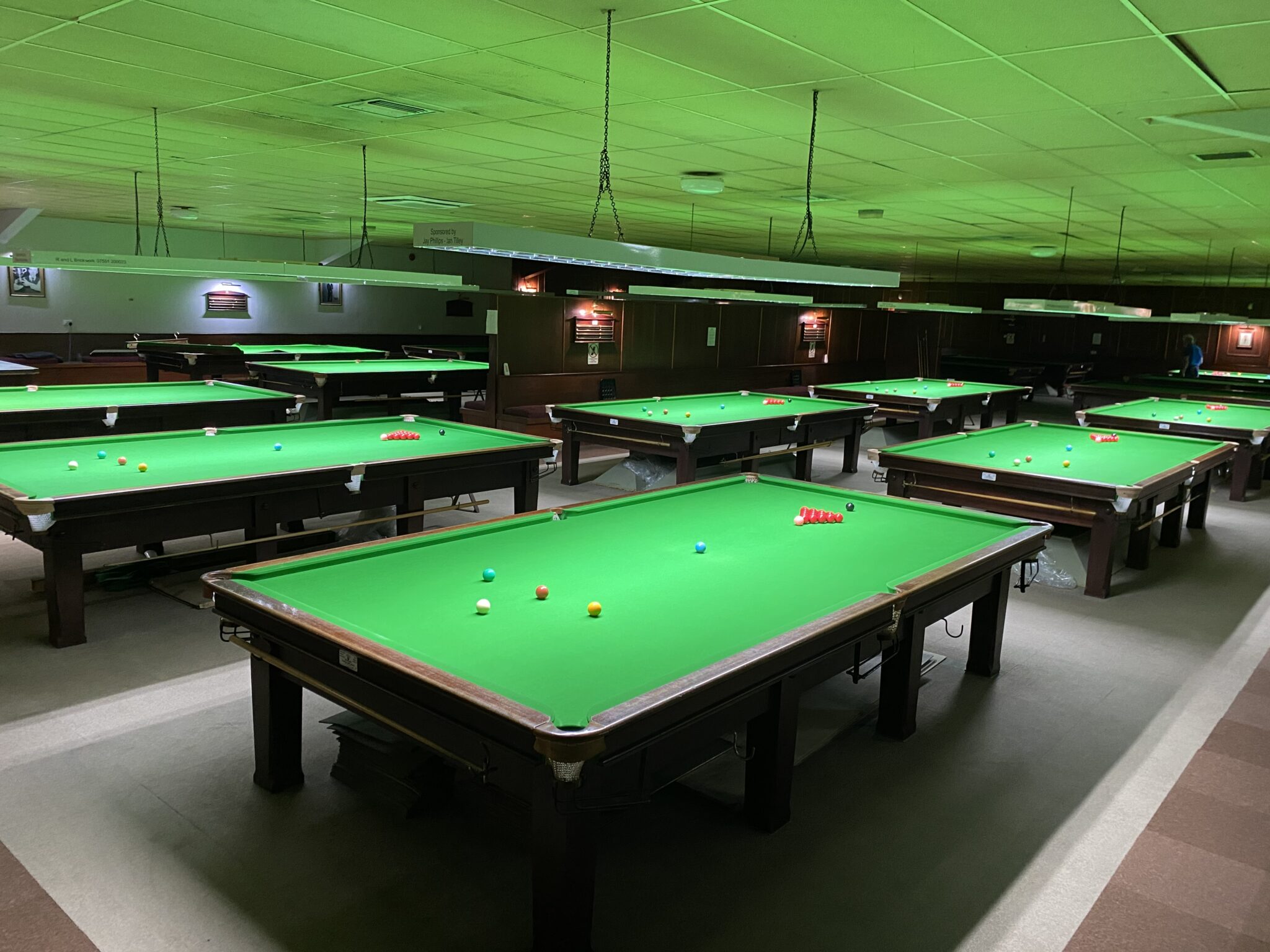 Woking Snooker Centre was opened in 1988 and has built up an enviable reputation as one of the best snooker clubs in the country, and is often visited by some of the game’s best known names.

The club is owned by Bob and Kay Mason.  Bob has been involved with snooker for very many years.  He is a qualified coach and referee examiner.

He has known many of the top names in the professional snooker ranks from when they were junior amateur players.