When it comes to ladies snooker, most would associate the sport with its star player, ten time world champion and current world number one Reanne Evans.

There is however another Evans on the baize, 30-year old Laura Evans from Neath, West Glamorgan, who made her return to the World Ladies Billiards and Snooker (WLBS) tour at the Eden Masters event last December.

A fan of Stephen Hendry as she grew up in the 1990s, Laura began to play snooker at the age of 14.

“I used to play in my local club with my friends,” said Evans. “A coach at the time came up to me and told me that I had a natural cue action and asked if I would like any coaching, so it went on from there really.

Evans enjoyed success during her early career, winning the Welsh Ladies Championship on three successive occasions. She also competed with world stars including five-time world champion Kelly Fisher in the game’s biggest events, peaking at number eight in the world rankings, before the ladies game was hit by changes to legislation concerning tobacco advertising in 2003 which left Evans out of the sport.

A decade on, however, with the ladies game moving back in the right direction and her love of the game undiminished, Evans made the decision to return in 2014.

“I initially entered a few tournaments and got back into it,” explained Evans. “I’ve recently started to play in my local club (the Star Snooker Club in Skewen) and my first tournament back in 2015 was the Eden Masters in Cambridge before Christmas.”

It proved to be a comeback to remember as she made it through to the final of a WLBS event for the first time in her career, notably defeating reigning world and UK champion Ng On Yee along the way at the quarter-final stage:

“It was really good, I couldn’t believe it,” she said. “I was chuffed with that one but she took it really well to be fair. She’s a really lovely girl; she congratulated me and said that I had done really well. Some people would have just walked out but she is really nice.”

Although her namesake and snooker hero Reanne would prove to be too strong for her in the final, winning 5-0 with an impressive pot success percentage of 95%, Laura, who herself has a high break of 139 to her name in practice, will be sponsored by Darren and Emma’s Catering for the final three events of the season and in particular is looking forward to the 2016 World Championship in Leeds.

“I am not sure how many have entered the World Championship,” said Evans. “But I know that there is a girl from Australia coming and girls from Hong Kong. They come from pretty much everywhere. It’s nice to see new faces and different talents from around the world and to see how good they are.

“I am hoping to do well and am going to get my head down now. I have been practising hard and I try to practise for about four hours a day when I am not at work, but I think I need to put a bit more into it now before the next two events.

“I feel like at the moment I am playing really well in practice but it’s not happening in my tournaments. I think it’s just lack of match play that I am missing out right now and the more I enter, the more confident I’ll be.”

Away from the baize, Evans works as a support worker for women with mental health problems but one day hopes that ladies snooker will grow to a point where she and other players are able to make a living from snooker:

“Ladies snooker has been up and down, moving forward then back,” continued Evans. “But now they are working really hard to promote it as much as they can. A few of the girls played in an exhibition with two of the professional lads (Mark Selby and Shaun Murphy) recently and that went really well.”

Indeed, Evans feels that the ladies game is currently moving in the right direction and that snooker is now becoming more accessible to women:

“It’s easier now,” said Evans. “Years ago a lot of places wouldn’t let ladies in but they are alright now, times have changed and more women do go into snooker halls. Times have changed for the better. More women will now play because snooker is more open to them.”

Being from Neath, Evans is one of many talented snooker players to emerge from the area, with four from South Wales competing in the Ladbrokes World Grand Prix this week.

“Years ago I used to practise with Michael White, but I think he was about nine then,” recalled Evans. “Also Jamie Jones and Dominic Dale used to play where I did.

“You could see that they were going to go far if they kept it up, Michael had a hundred break when he was nine and Jamie was just brilliant.

“A lot of us used to play at a club called the Empire which closed in 2010, but back in the day loads of really good players used to go there.”

Nevertheless, Evans continues to love the game as much as ever and in particular the camaraderie on the circuit.

“We have quite a close group and there is good banter,” she added. “We all get on really well and it’s nice to see each other and have a laugh. It’s serious on the table obviously but there are no hard feelings after a game and we have a really nice bunch of girls.” 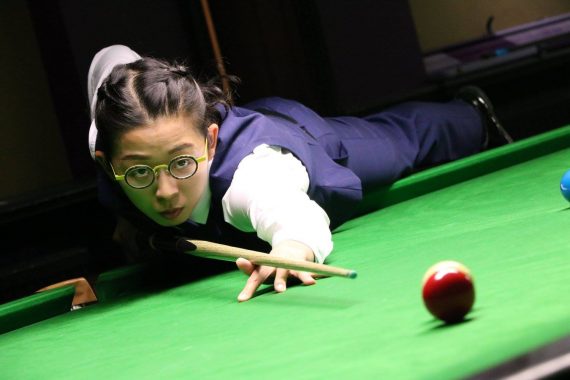 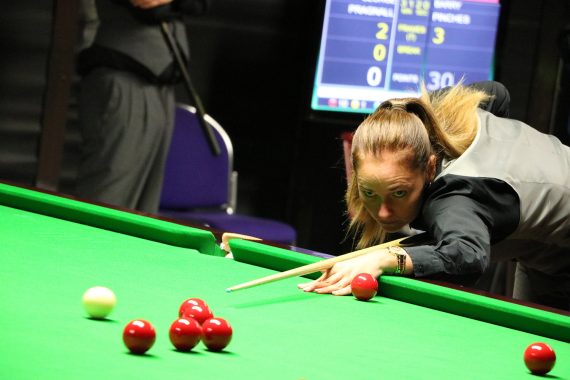 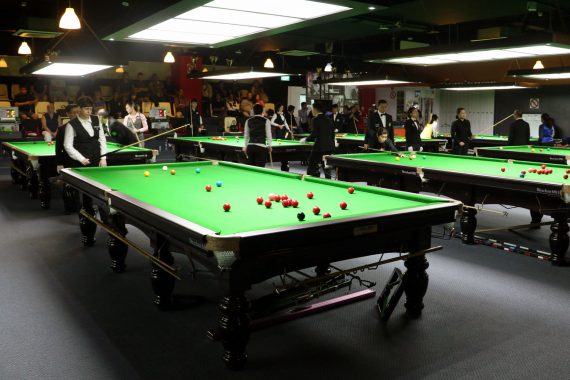