There was a strong line-up at the semi-final stage of this year’s WLBS World Championship, with the top seeded Reanne Evans and Ng On Yee among the four. Few however were familiar with Keighley’s Rebecca ‘Bex’ Granger, who was competing in only her second WLBS ranking tournament, following her debut at the Eden Classic just a month earlier.

Having come through her group undefeated with the loss of just two frames, she beat experienced duo Kathy Howden and Jaique Ip in the knock-out stages to reach the last four. Although she would ultimately come up short against reigning champion Ng On Yee, she was proud of her performance and to have surpassed her own pre-tournament expectations:

“After my first tournament, I’d learnt a lot about my game and the standard I was up against,” explained Granger. “I only had a short time to get some real practice in, so I had a realistic target in mind which was to get through the group stage and reach the last 16.

“To reach the semi-finals has given me a big confidence boost for future tournaments. I’m now getting real practice in and learning more all the time. I hope to perform well this season and my target is to climb into the top eight of the rankings and perhaps to reach an event final.”

Next up for Granger and the rest of the WLBS tour will be a trip to Fuerth for the inaugural Paul Hunter Ladies Classic which gets the new season underway later this month. The event represents the first ranking event to be held outside of the UK this decade and Granger, who will be sponsored by Airedale Chemical at the event, is looking forward to being involved:

“I’m really excited to be able to participate in this event,” said Granger. “It’s great that the semi-finals and final will be played in the same venue as the professional tournament.

At one point Granger, who amongst her other interests is a keen football player, feared that she would miss the event with surgery to correct a shoulder injury scheduled just nine days beforehand. Thankfully however the operation was brought forward to July and she is now in the process of recovering ahead of the trip to Germany:

“I fell awkwardly during a football match last October and dislocated my shoulder,” explained Granger. “Without wanting it to sound too gruesome, there was a large tear that needed repairing and my joint needed stabilising to stop it dislocating in the future.

“Luckily there was a cancellation at the hospital so I was able to have the operation on 11th July. So I have six weeks to recover before the tournament. As I’m a personal trainer I’m confident that I can do the necessary exercises and recover quickly in time for the tournament.”

Although a new face on the WLBS tour, Granger is far from new to snooker, having got her first 6×3 table when she was around six years old and played for the first time on a full-size table just a few years later:

“I remember that I wasn’t tall enough to re-spot the blue or pink!” said the now 27-year-old, who cites Stephen Hendry as her favourite player when growing up. “By the time that I was 11 I started to play pool for my local pub team and entered local tournaments. I think I won the ladies individuals and mixed doubles aged 13.

“I then started playing pool for Keighley Ladies which was on a Sunday, but this was short-lived as I’d started playing for Keighley Ladies football team where matches were also on a Sunday. As my passion for football was much stronger, pool took a back seat, although I still played in the local pub league and played snooker with my dad on a weekend.

“It wasn’t until two years ago that I started playing league snooker for my local social club, The Liberal Club. After playing for years with my dad we were asked to join the team.”

Unfortunately, the last year has been a difficult period for Granger as her father was diagnosed as terminally ill in 2015 and sadly passed away last December.

“I still went down to the club on my own. I played to de-stress and cope with the situation,” continued Granger. “After I lost my dad, again I played more and more snooker and with me not being able to play football, I went online to see if there were any ladies events I could take part in.

“I found the WLBS website and only just made the deadline to enter the Eden Classic. I had no idea of the standard of the ladies game and I honestly didn’t think that I would win a frame.”

As it would turn out, she would win three matches to qualify for the knock-out stages at Clay Cross and pave the way for her memorable run at the subsequent World Championship. She is now looking forward to the new campaign and already has an eye on a trip to the Far East next spring:

“I intend to play in all of next season’s events,” added Granger. “I will have to get saving for the World Championship in Singapore but I’m really looking forward to that.”

To enquire about sponsorship opportunities for Rebecca Granger please contact the WLBS. 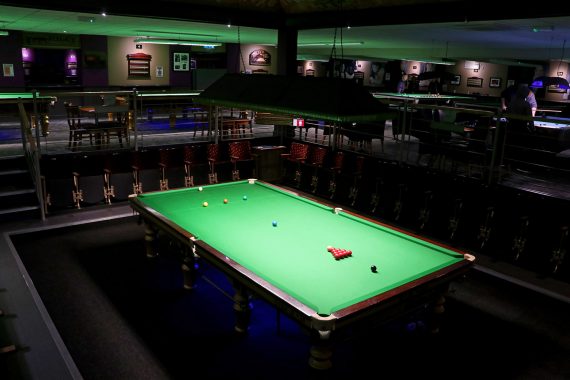 The Singapore Story So Far 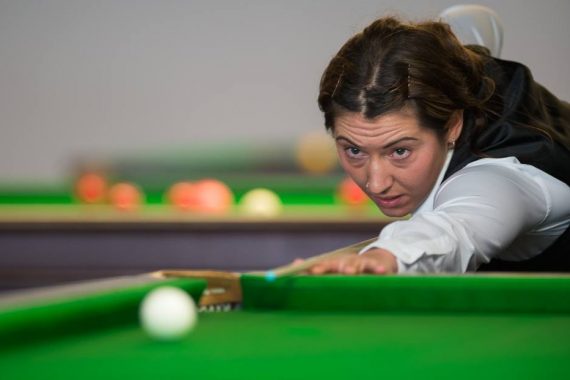 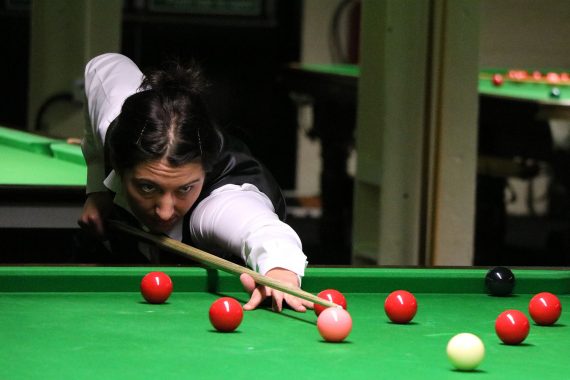