It’s the sixth ranking title of Maguire’s career, with his previous triumph coming at the 2013 Welsh Open where he beat Stuart Bingham 9-8 in the final.

Today’s victory sees Maguire leave Milton Keynes with a mammoth £260,000, the biggest payday of his career.

In addition to the £150,000 top prize, he’ll take home £10,000 for the highest break, a run of 139 which he compiled in the first frame this evening. Maguire also tops the Coral Cup standings, which sees the player who accumulates the most prize money in the series earning a £100,000 bonus.

Allen leaves Milton Keynes with the £60,000 runner-up prize. It will move the 2018 Masters champion to number four in the world, his highest ever ranking.

The players couldn’t be split after the first eight frames this afternoon, emerging locked together at 4-4.

Maguire’s 139 in the first frame tonight set the tone for what was to come. He increased his advantage by claiming the tenth frame to lead by two for the first time in the match at 6-4.

They traded frames to head into the mid-session with Maguire leading 7-5, when they returned it was the Scot who made a decisive burst. Breaks of 78 and 53 moved him to the verge of glory at 9-5. Allen kept the heat up by firing in a century run of 107 to pull within three.

The 16th frame provided huge drama on the colours. Both players laid treacherous snookers, before it all came down to the pink and black. It was Maguire who eventually deposited a long pink and a tricky black to the middle to secure the title with a 10-6 win.

“To win this tournament, with the best players in the world, over a longer format is unreal. It is amazing that I am the last man standing,” said 39-year-old Maguire. “I was all over the place at the end. I thought I’d win it half an hour before that. I had a couple of chances and things would just go wrong. I was just glad I got a shot at that pink. If it was anywhere near a bag, I was going to go for it. I felt good about potting it. I landed alright on the black and the rest was history.

“It’s scary, it has definitely not sunk in yet. The amount of money this tournament has paid is incredible. It is a hell of a lot of money for five days of work.

“If I’m not confident going into any tournament after that then there is something wrong with me. I’ll go back, take a few days off and look forward to practising for Sheffield.”

Allen said: “I made too many mistakes today. You can’t afford to do that in any final, never mind against Stephen when he is playing so well. He stepped it up tonight. I felt I missed the boat, I should probably have been ahead after the first session. All credit to Stephen, he has been knocking on the door for a while now. I am gutted to lose, but if I am going to lose to anyone, it is one of my best mates on tour. I am glad to see him win.” 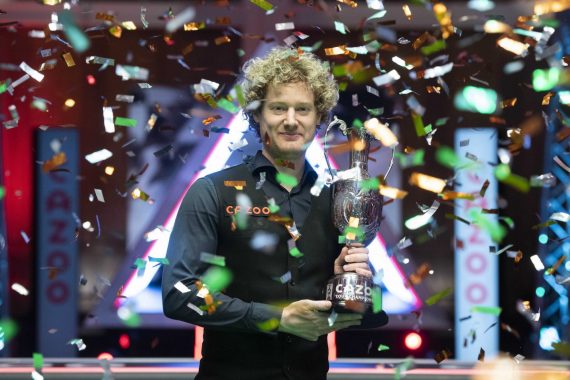 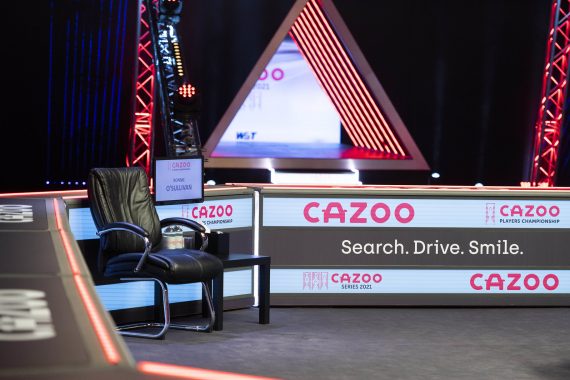