Masters Places to be Decided in York

Home » Masters Places to be Decided in York

The field for this season’s Dafabet Masters will be set following the conclusion of the upcoming Betway UK Championship from the York Barbican.

Snooker’s premier invitational event returns to the Alexandra Palace from 13-20 January 2019 and will feature the world’s top 16 ranked players following the UK Championship which gets underway next Tuesday. This period therefore includes all prize money earned at ranking events from the 2016 Scottish Open up to and including the 2018 UK Championship in York.

The latest standings, already taking into account the prize money still to be removed from the official world rankings from the 2016 UK Championship, are shown on the latest Race to the Masters list.

Already we can see that all of the players from defending champion Mark Allen, who will be the top seed for this season’s event, down to Shaun Murphy in 11th position are already mathematically sure of returning to the Alexandra Palace in January.

The first player who could still theoretically miss out therefore is English Open champion Stuart Bingham, if he were to lose his opening match in York against James Wattana and five of the following results were to happen:

Already a specific set of requirements, the likelihood of Bingham missing out is reduced further with Jack Lisowski and Marco Fu poised to potentially meet in the third round, while Ali Carter and Stephen Maguire are also in close proximity in the draw.

Next up, Ryan Day currently occupies 13th position in the latest provisional seedings and will be hoping that four of the following would not happen if he were to suffer a surprise defeat to rookie professional Joe O’Connor in the opening round in York:

A first-round win for the Welshman would give him further breathing space as Luca Brecel and Anthony McGill would both have to progress a round further to be in with a chance of overtaking him.

Speaking of Luca Brecel, the Belgian is next on the list in 14th and would be overtaken if he were to lose first up to Fan Zhengyi, with three of the following also happening:

Having missed out on a place at the Alexandra Palace during each of the past two seasons, Scotland’s Stephen Maguire is currently poised to secure a return to the prestigious event but in 15th position could still miss out. He takes on Germany’s Simon Lichtenberg knowing that if he were to lose, two of the following would have to happen to see him drop out of the top 16:

The player currently ‘on the bubble’ in 16th position however is of course Jack Lisowski, who in recent weeks has overtaken Marco Fu in the latest provisional list as he looks to secure his Masters debut in January. He takes on China’s Zhang Jiankang first in York, with defeat leaving him vulnerable to the chasing pack as follows:

As often happens at the UK Championship due to the nature of the strictly seeded draw, Lisowski and Fu as the players directly fighting for the final position are seeded to clash at the last 32 stage of the tournament in what could prove to be a pivotal match in this season’s Race to the Masters.

Of course there do remain several other players in the chasing pack who could still snatch a place with a late run in York, but with all except Fu needing to reach at least the quarter-finals to stand any chance of displacing Lisowski however, this will be something to revisit as the tournament enters its final days in early December…

Follow all of the latest updates in the Race to the Masters table during the Betway UK Championship. 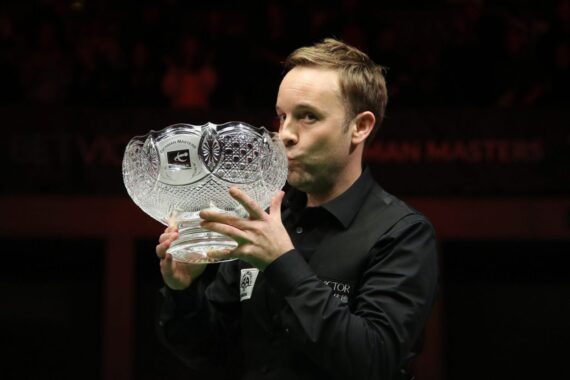