Mike Watterson, the man who brought the World Championship to the Crucible, has died at the age of 76.

Watterson was a successful snooker player as well as a promoter, manager and commentator.

Born and raised in Chesterfield, Watterson played for England as an amateur and had a top competitive break of 140. He was a pro player for much of the 1980s, with a highest ranking of 34th in the world. He reached the last 16 of the 1983 International Open, beating Perrie Mans and Tony Meo. In the same year he knocked Alex Higgins out of the Professional Players tournament.

In 1977, his wife Carole went to see a play at the Crucible in Sheffield, which turned out to be a vital moment in snooker history. She came home to tell her husband that it could make an ideal venue for a snooker event. When he visited the theatre himself he agreed, and after negotiation with the Crucible and the WPBSA, the World Championship was staged there for the first time that year. Some 42 years later, the Crucible is recognised around the globe as the home of snooker’s biggest tournament.

Watterson got other major snooker events off the ground, including the UK Championship, the British Open the International Open and the World Cup. He also created the World Darts Championship and promoted events in cricket and bowls, and had a spell as Chairman of Derby County Football Club.

He commentated on various snooker events for Sky, and managed players including Cliff Thorburn and Kirk Stevens.

World Snooker Chairman Barry Hearn and WPBSA Chairman Jason Ferguson said: “Mike made a huge contribution to the history of our sport. Without him, the World Championship may never have been staged at the Crucible, and he played a vital role in the creation of many other tournaments. On behalf of World Snooker and WPBSA we send our condolences to his family at this sad time.” 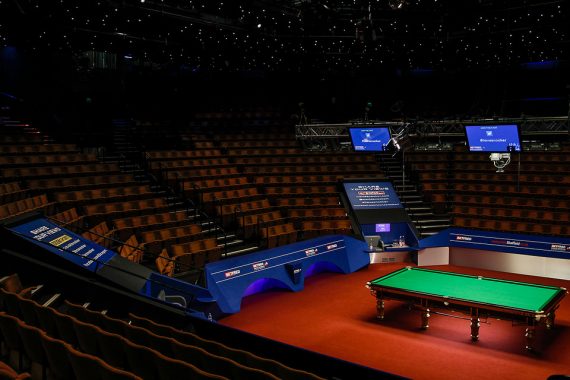