The fantastic Nirvana Cosmopolitan Hotel was named as the host of the new Nirvana Turkish Masters world ranking event today at a press conference in Antalya.

The tournament will run from March 7 to 13 in 2022 and it will be the first professional event staged in Turkey, with 64 players heading to the beautiful city of Antalya to compete for total prize money of £500,000.

Tickets for the event will be available soon via Biletix 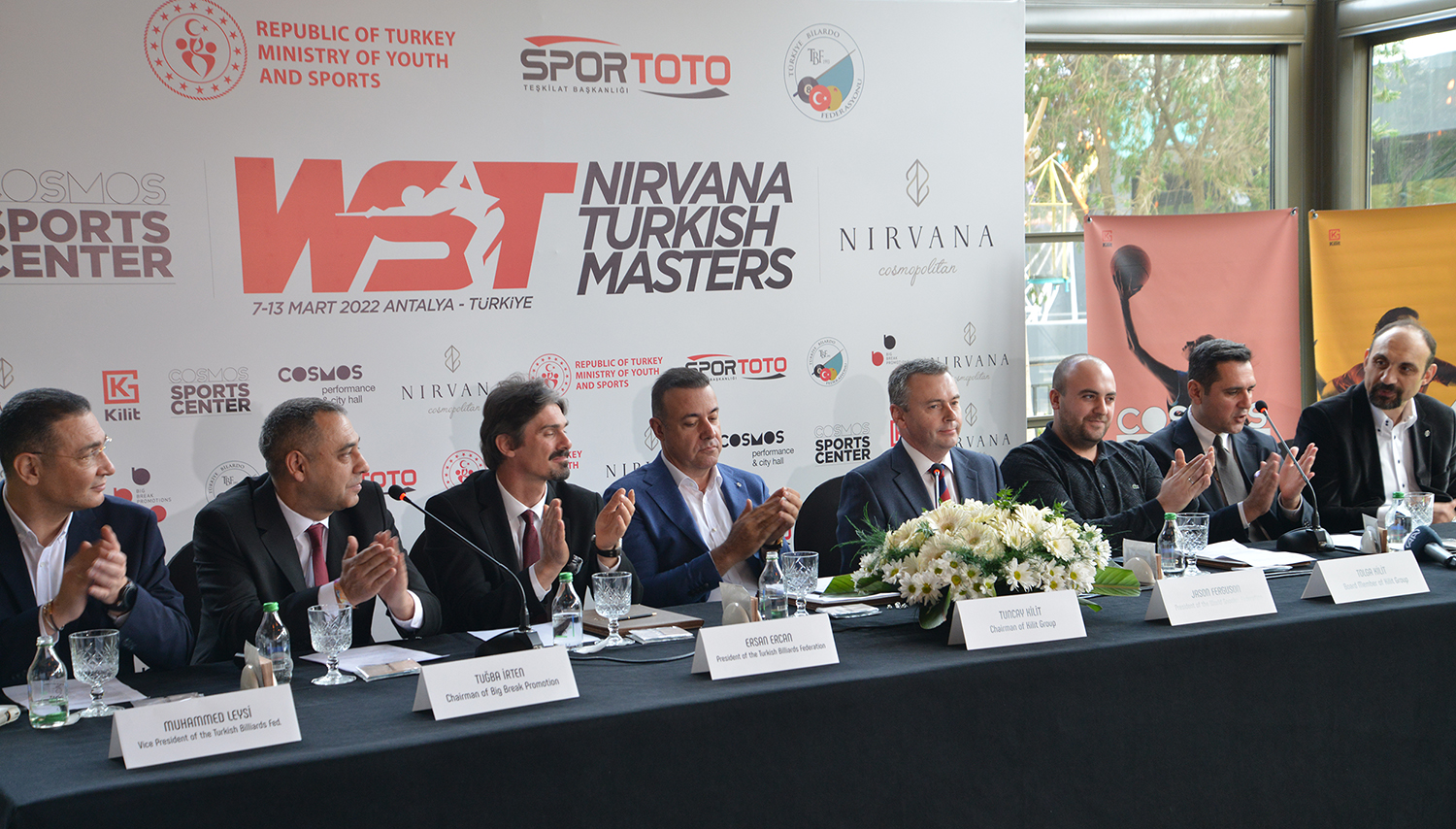 Ferguson said: “The Nirvana Cosmopolitan Hotel is an absolutely superb location to stage what will be a historic event on the World Snooker Tour. The players will love this stunning venue and it will be an incredible opportunity for fans to see the leading stars and to enjoy the local hospitality in Antalya.

“Our greatest ambition is to bring our sport to all corners of the globe and to stage an event in Turkey for the first time, where we know there is huge support for snooker, is a crucial step forward. We look forward to delivering a top class event and working with our partners in the region: the Turkish Billiard Federation, the Ministry of Tourism, the Ministry of Youth and Sports, Kilit Group and the Nirvana Hotel, along with our promoter Tugba Irten.”

Antalya is renowned as one of Europe’s outstanding destinations, known for its culture, history and ideal location on the Mediterranean coast.

WST has agreed a four-year deal with the Turkish Billiards Federation and Big Break Promotions to stage the Turkish Masters every season until at least 2024/2025. Overall prize money will increase each year.

A qualifying round will be staged with players needing to win one match to make it to the final stages. Two Turkish wild cards will also be handed places in the main event in Antalya. The tournament will be televised by a range of broadcasters worldwide including Eurosport and Matchroom Live.

How To Watch The Nirvana Turkish Masters