Home » November on the Baize

Today we look ahead to November on the baize with several prestigious titles set to be contested across tournaments organised by World Snooker and the WPBSA Group. Here we preview all of the upcoming action both on the professional tour and various amateur circuits over the weeks ahead.

The 2019/20 Challenge Tour season reaches its halfway point this weekend as the amateur circuit heads to Castle Snooker Club in Brighton.

Two players from the Challenge Tour will earn two-year tour cards from the start of the 2020/21 season.

The ManBetX Champion of Champions returns to Coventry’s Ricoh Arena for the seventh time next month with defending champion Ronnie O’Sullivan looking to claim the title for a record-extending fourth time.

Among those looking to stop O’Sullivan will include previous winners John Higgins, Neil Robertson and Shaun Murphy, while 12-time world women’s champion Reanne Evans will be making her debut in the prestigious invitational competition.

The race to qualify for next season’s ROKiT World Seniors Championship continues with the latest qualifying event to be staged at the Crucible Sports & Social Club in early November.

Alongside the event will also be the third event of the Super Seniors circuit, previous tournaments having been won by Gary Filtness and Tony Knowles.

The 2019/20 Home Nations Series continues with the return of the Northern Ireland Open won last season by Judd Trump and the Waterfront Hall in Belfast.

The draw for the tournament will be made following the conclusion of this week’s Yushan World Open, with the top 32 ranked players following that event to be seeded in Northern Ireland.

Following his victory at the English Open earlier this month, three-time world champion Mark Selby is the only player remaining in the hunt to claim the £1,000,000 bonus if he can go on to win all four of this season’s Home Nations Series events. 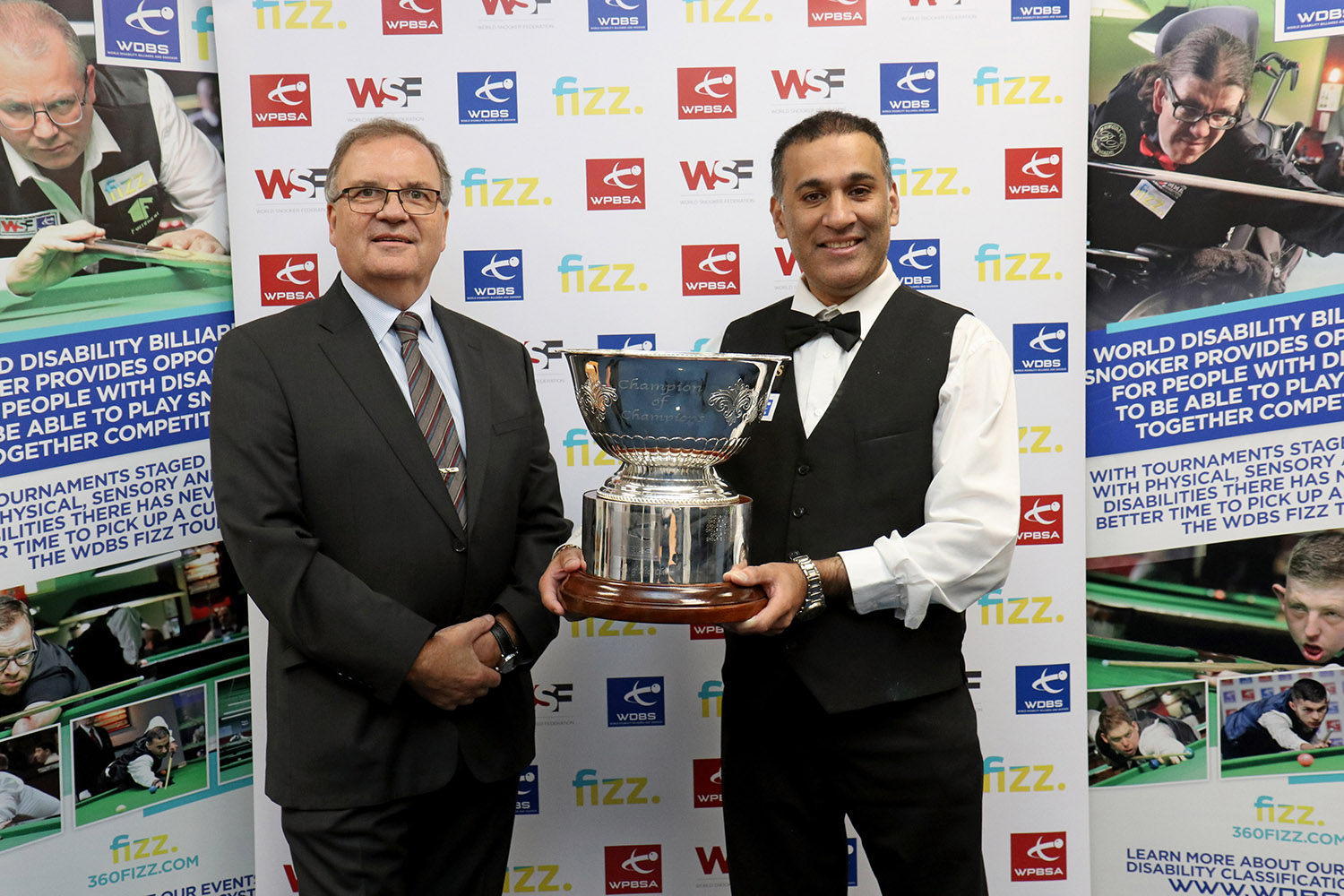 The final event of the 360Fizz World Disability Billiards and Snooker Tour is set to take place at the Tradewell Snooker Club in Hull, as the Hull Open sponsored by the Humber Fish Co. returns for a fourth successive season.

People with all disabilities are welcome to attend the regular Friday Open day for practice and coaching, ahead of the two-day competitive tournament for deaf players and those with visual impairments.

The 2019/20 Challenge Tour season continues with its sixth event to be held in Budapest, Hungary.

Two players from the Challenge Tour will earn two-year tour cards from the start of the 2020/21 season.

World Women’s Snooker will stage its third ranking event of the 2019/20 season as the Eden Women’s Masters takes place at Frames Sports Bar in Coulsdon, England for the first time.

Reanne Evans and Nutcharut Wongharuthai head to the event as this season’s champions so far following their victories in Leeds and Sydney respectively and will be looking to add further silverware at the final women’s event of the calendar year to crown what has been a fantastic year for both.

The event is open to players of all ages and ability with entries remaining open until 15 November 2019.

The biggest ranking event of the professional season to date will begin at the end of the month as the Betway UK Championship returns to the York Barbican once again.

As well as carrying a top prize of £200,000 for the winner, the event also represents the final chance for all players to add to their prize money total in the race to qualify for this season’s Dafabet Masters in January.

The draw will be finalised following the conclusion of the Northern Ireland Open, with the ranking list following that event used to seed the competition.