A small island country in the South Pacific Ocean with a population of less than a third of a million people; you’d be forgiven for thinking that Vanuatu isn’t plugged into the global snooker community – but it is.

Laying nearly 1,100 miles off the east coast of Australia, this commonwealth state has snooker heritage that dates back since before the new millennium. The island homes one snooker table based in the capital city. Located inside the Tebakor Liberal Club House, the Port Vila Snooker Club is a thriving hub for both recreational and competitive snooker activities.

Arvind Lal – a fan and player of the sport himself – is treasurer for the club. “Snooker has been played in Vanuatu for over 20 years, and although it is not on the television, we watch it on the internet. The table at the Port Vila Snooker Club is privately owned but members there are able to play on it” says Lal.

Despite snooker’s appeal and participation there, Vanuatu does not have an official governing body for it as the government has yet to recognise it as a national sport. This is something that Lal and the Port Vila members are working on to change, and in the meantime have set up their own organisation at the club.

“We approached the government in 2018 to make it a national sport without success. Currently our organisation has 50 members and the annual fee is equivalent to US $10.00 per year. Our only source of funding is through competition and memberships fees, but we also fund raise and sponsors put up prizes too. We plan to run a snooker class for interested youths so it keeps them out of trouble, but this depends on funding.” 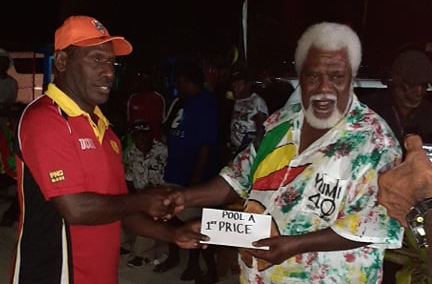 Port Vila runs two big tournaments a year. They recently held the 40th Independence Anniversary Snooker Competition, which was part of wider festivities and a sporting events schedule to celebrate the nation becoming a republic in 1980.

The competition was split into two sections and played over multiple weeks. In the ‘Pool A’ section, Morrison Bule overcame the experienced and former winner of events in Vanuatu Kalontas Abel in the final to claim the title. Earlier in the day Bule won the Independence Cup Soccer Tournament as coach of the North Efate Soccer Club. Eddie Vatu was the winner of the ‘Pool B’ event and Jimmy Edwards was the runner-up. John Ismael took home the ‘Best Player Award’ having made the highest break of 30 across both pools.

Thank you to Arvind Lal for his help producing this article.