Mark Selby beat world champion Ronnie O’Sullivan 9-3 in the final of Matchroom.Live Scottish Open to lift the title for a second consecutive year.

The win sees Selby secure the £70,000 top prize and the Stephen Hendry Trophy. The Jester from Leicester remains undefeated in the Scottish Open, having won the title in his first appearance in the event last year. Selby defeated Jack Lisowski 9-6 in the final 12 months ago.

He has now won his last 11 ranking finals in a row, you have to go back to the 2016 Shanghai Masters final for his most recent defeat. That sees Selby equal the record for consecutive wins with Hendry. 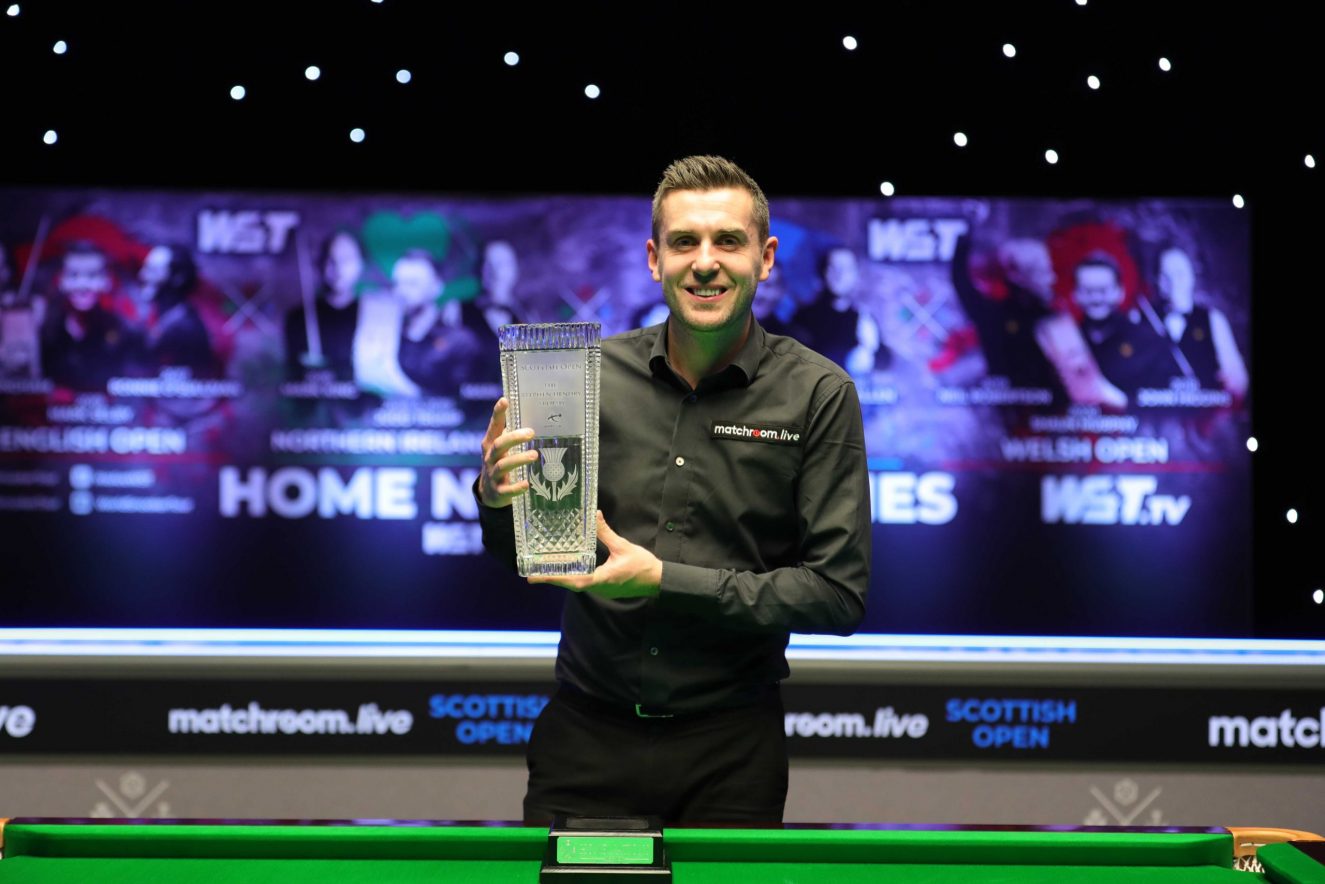 This evening’s victory avenges a gut-wrenching World Championship semi-final defeat to O’Sullivan in the most recent meeting between the pair. On that occasion O’Sullivan rallied from 16-14 down, to win 17-16. O’Sullivan remains ahead of Selby in head-to-head meetings, leading 16-11.

Selby has now amassed 19 ranking titles over his career so far. That draws him level with Judd Trump and Neil Robertson in tied seventh position on the all-time ranking event winner’s list.

Selby established a commanding 6-2 lead during this afternoon’s first session. When they returned this evening, the 37-year-old showed no signs of relinquishing his hold on the match. Selby fired in breaks of 78 and 51 in the first frame of the night, to extend his advantage to 7-2.

O’Sullivan kept himself in contention by claiming the tenth frame, but a run of 61 helped Selby to come from behind and take the eleventh to move one from victory. The Rocket had looked set to extend the match, when he embarked on a 147 attempt, but a routine red missed on 64 opened the door for Selby, who ruthlessly crafted a run of 74 to secure victory. 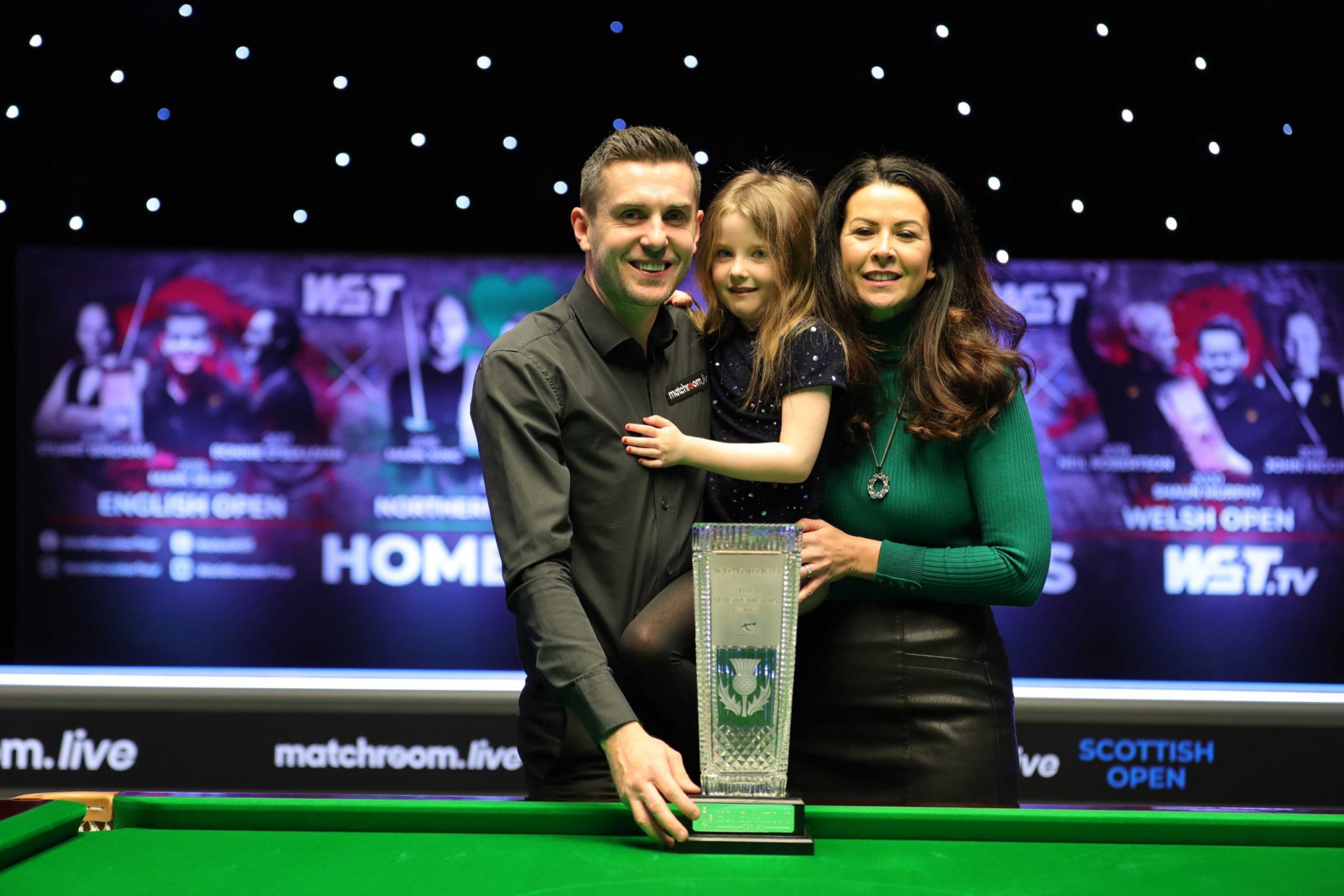 “To win any tournament is fantastic, but when you are going back as defending champion, it is always nice to try and win it again,” said three-time Crucible king Selby. “You never want to go out early as a defending champion. Thankfully for me, I’ve managed to come here and do a good job. I think I’m 100% in the Scottish Open. I’ve only played in it twice and won it twice.

“It is fantastic to equal Stephen Hendry’s record for consecutive wins in finals. He is one of the all-time greats and was one of the players I looked up to as a young lad growing up. To equal a record of his is amazing. I had a phase many years ago when I was getting to ranking finals and not converting them into wins. Now it is going the other way.

“I am a perfectionist and if I’m not doing something how I want it to be, then I get down on myself. I’m always striving to get better. I’m not getting any younger, but there is no reason while you are healthy that you can’t try to get better. That’s what I’m aiming for so I will still be back on the practice table tomorrow working hard for the World Grand Prix.”

“It has been a tough week, apart from the first round where I was pretty flawless. From that moment onwards I’ve had tip problems and it was like I was on a slide downwards, rather than one going upwards. Each match got worse and worse. It is really hard to turn that around.”