Farnborough’s Steve Cartwright made his debut on the 360Fizz WDBS Tour back at the 2019 Northern Classic and claimed his first gold medal at the 2019 UK Disability Championship by coming through a 24-player field to win the Challenge Cup. 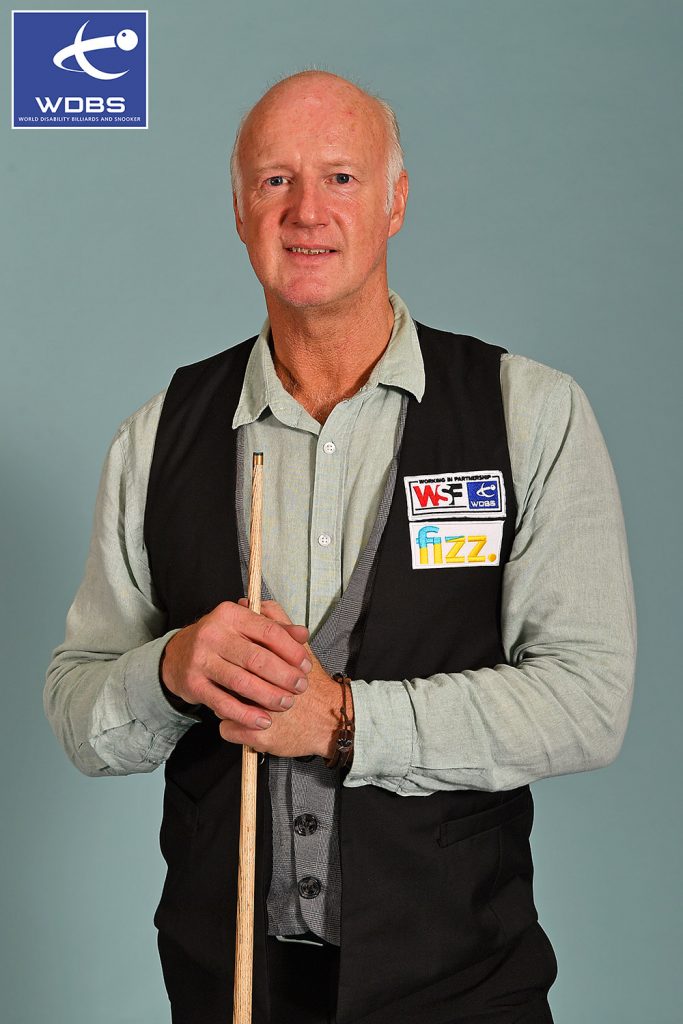 Hi Steve, how have you found the past six months during the coronavirus pandemic and have you been able to play at all?

Like most people I would expect, it has been a little frustrating, but I have a very positive attitude and a strong faith, so I was kept busy doing all those jobs that we all put off.

Yes I was able to play, but only once so far unfortunately. I popped in to my local club (Sovereign Snooker) to check what safety precautions they had in place and I had a quick practice.

My parents took me and my brother to Butlins every year from when I was 9 up until 15. I absolutely loved being able to play snooker, pool and table tennis as much as I want and have loved playing ever since.

You are a relative newcomer to the WDBS circuit having entered your first event in 2019, but have been a regular ever since. How did you get involved and how much have you enjoyed the competition?

A good friend at my club suggested I gave it a go. I have really enjoyed the tour, very well organised and all the organisers, venues staff and players and are very friendly. I have built some fantastic relationships with like-minded people. 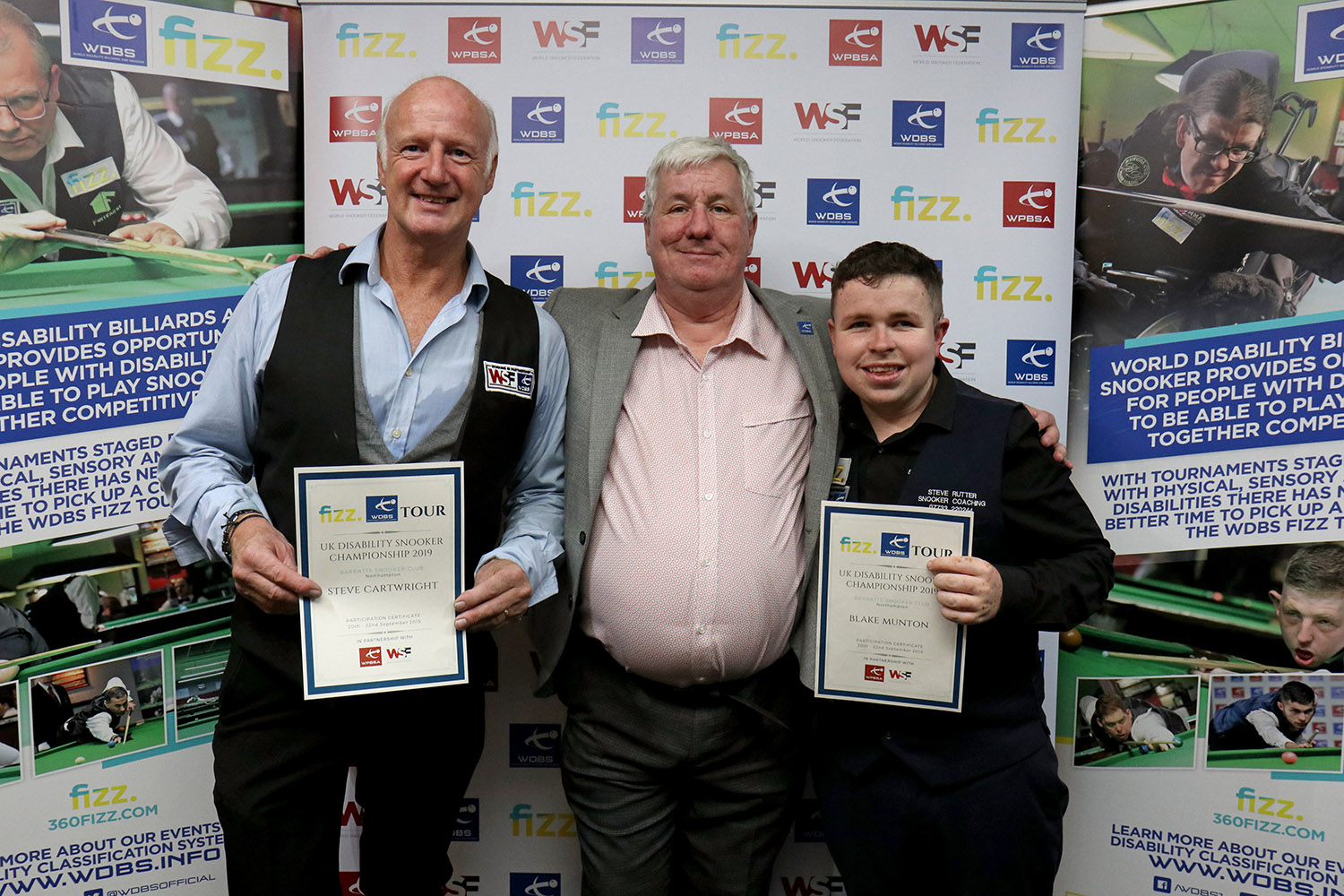 Group 4 is among our biggest and most competitive classification groups on the Tour. How impressed have you been by the standard of players on the WDBS circuit?

I have to say the standard is very good and was one of the initial concerns of me joining the tour, as I believed it would have loads of ex-professionals knocking in high breaks continually.

There are some players who are very good, but none that I would be uncomfortable playing and in fact I look forward to playing them.

Most players probably don’t know of your disability (sensory neuropathy). Tell us about this condition and the effect this has on being able to play snooker for you…

My condition means the signals from my brain are damaged so they take longer to reach my legs and arms which has the effect of my body going beyond the normal positions so this damages my joints by hyperextending and breaking/dislocating joints.

This means when I play snooker just walking around the table is both extremely painful but also tiring. Balance is very difficult as I do not have a stable base and bridging over other balls is incredibly hard. 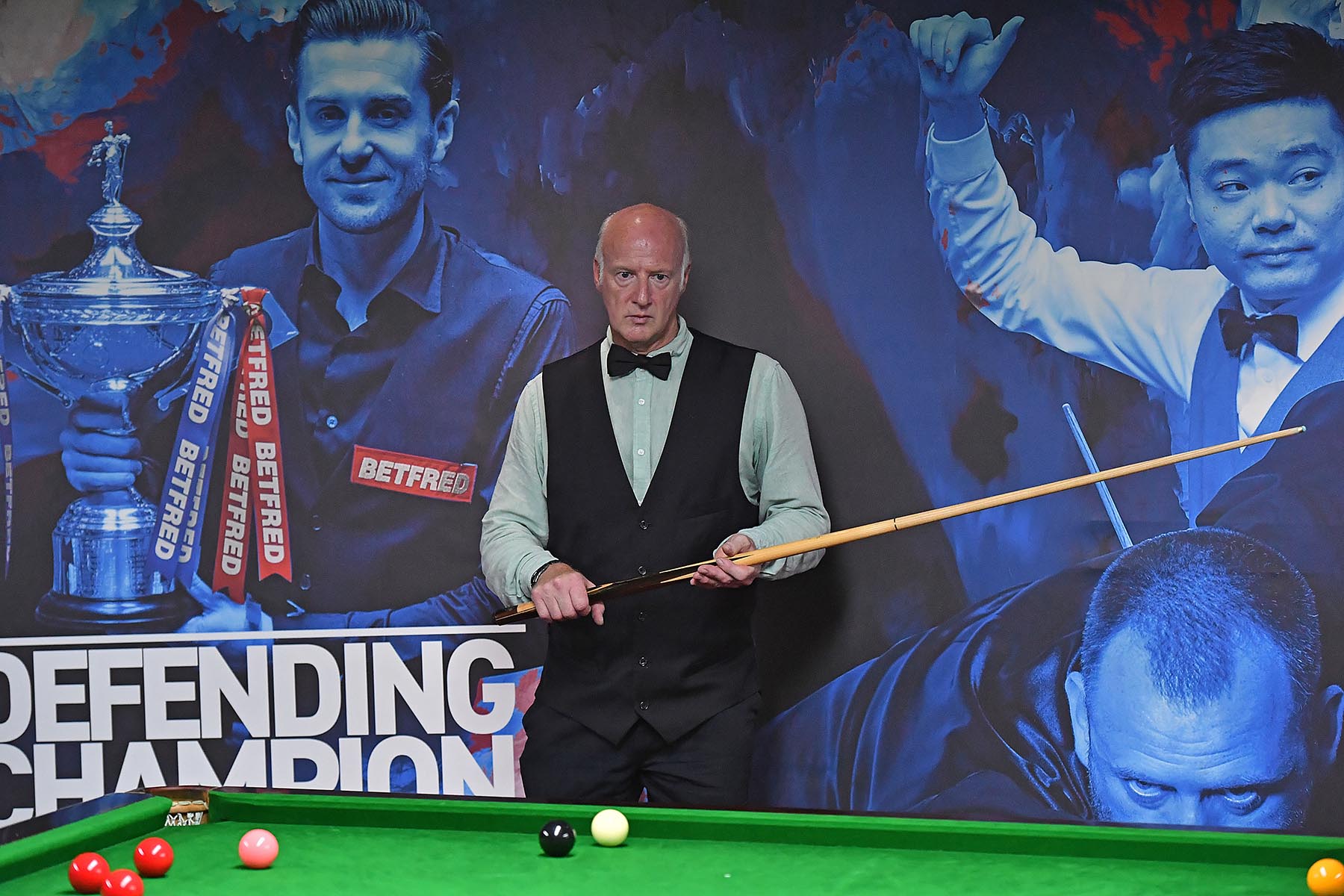 What are your off-table interests and hobbies? We have heard that you are rather handy with a golf club as well as a snooker cue!

Yes I used to be an 11 handicap at golf, but difficult now unless I am using a buggy.

I am a sports chaplain at the gym which I attend daily, when open. I also play table tennis with a group of friends from the church.

I am also a stamp / coin collector and like to complete jigsaws mostly on rainy days.

I would strongly recommend anybody with a disability to get involved, the friendships you will make with people who know what your going through in their own unique way with a passion for snooker.

Yes you will encounter some testing times both physical and mental, but that makes us stronger as individuals and together we form a fantastic community of people who love snooker.