The reigning Australian Open champion was competing in her first event on the World Women’s Snooker Tour since February 2020 and enjoyed a fairytale return to the circuit by winning all four of her matches on final Sunday. 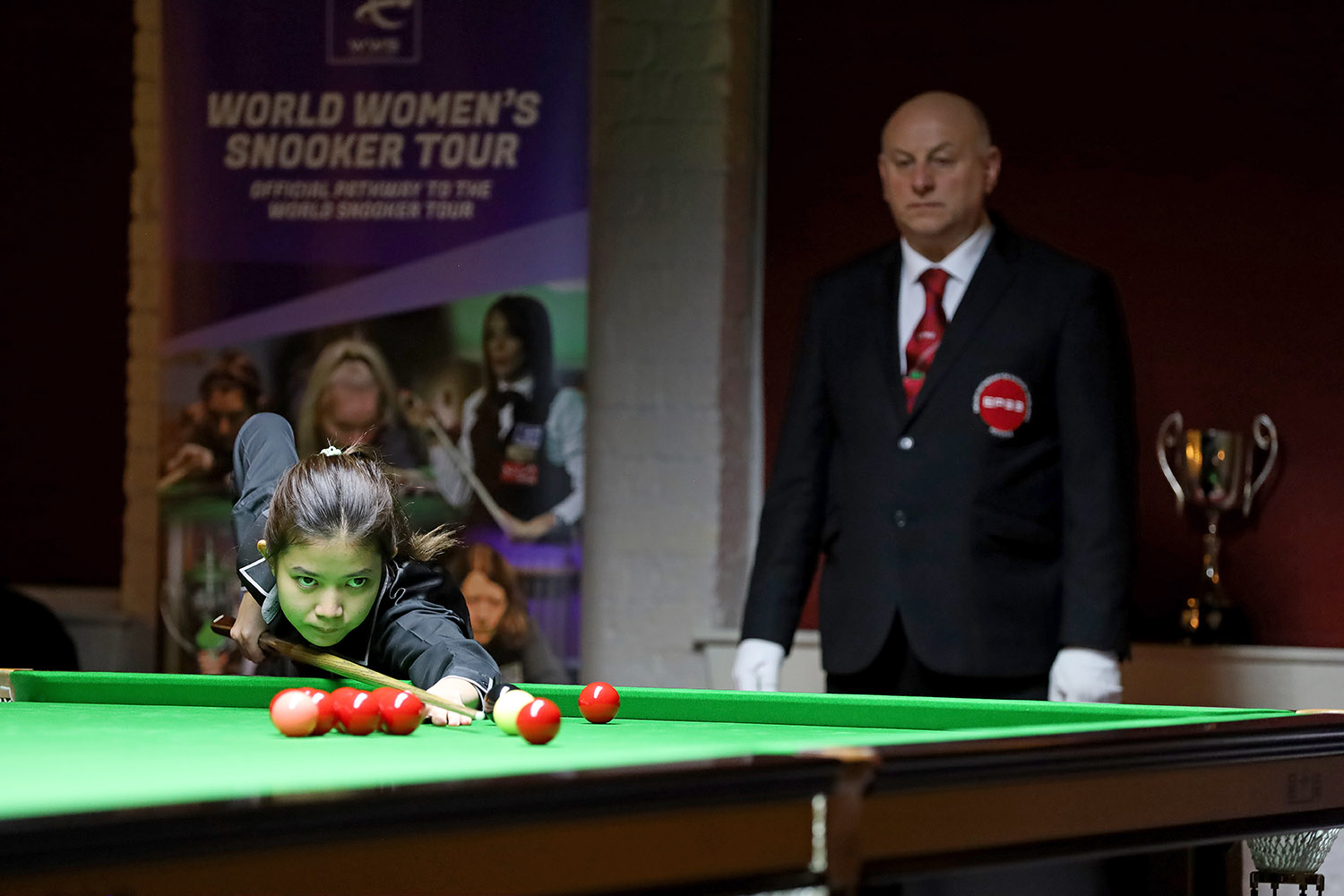 Having forced a deciding frame with a well-taken clearance of 33 in the sixth, defending champion Evans had a chance to claim a record-extending seventh British Open title in the final frame, but a missed pink was to prove decisive as Thailand’s Wongharuthai stepped in to claim her first ever victory over the world number one.

The win is a first on UK soil for the 22-year-old and maintained her impressive record at the event, after she also reached the final on her debut in 2018 in Stourbridge.

It is the first time since the 2007-2008 season that the first three ranking events of the season have been won by three different players, following titles for Evans at the UK Championship and Ng On Yee at the Eden Masters last year, underlining the increased competitiveness on the Tour. 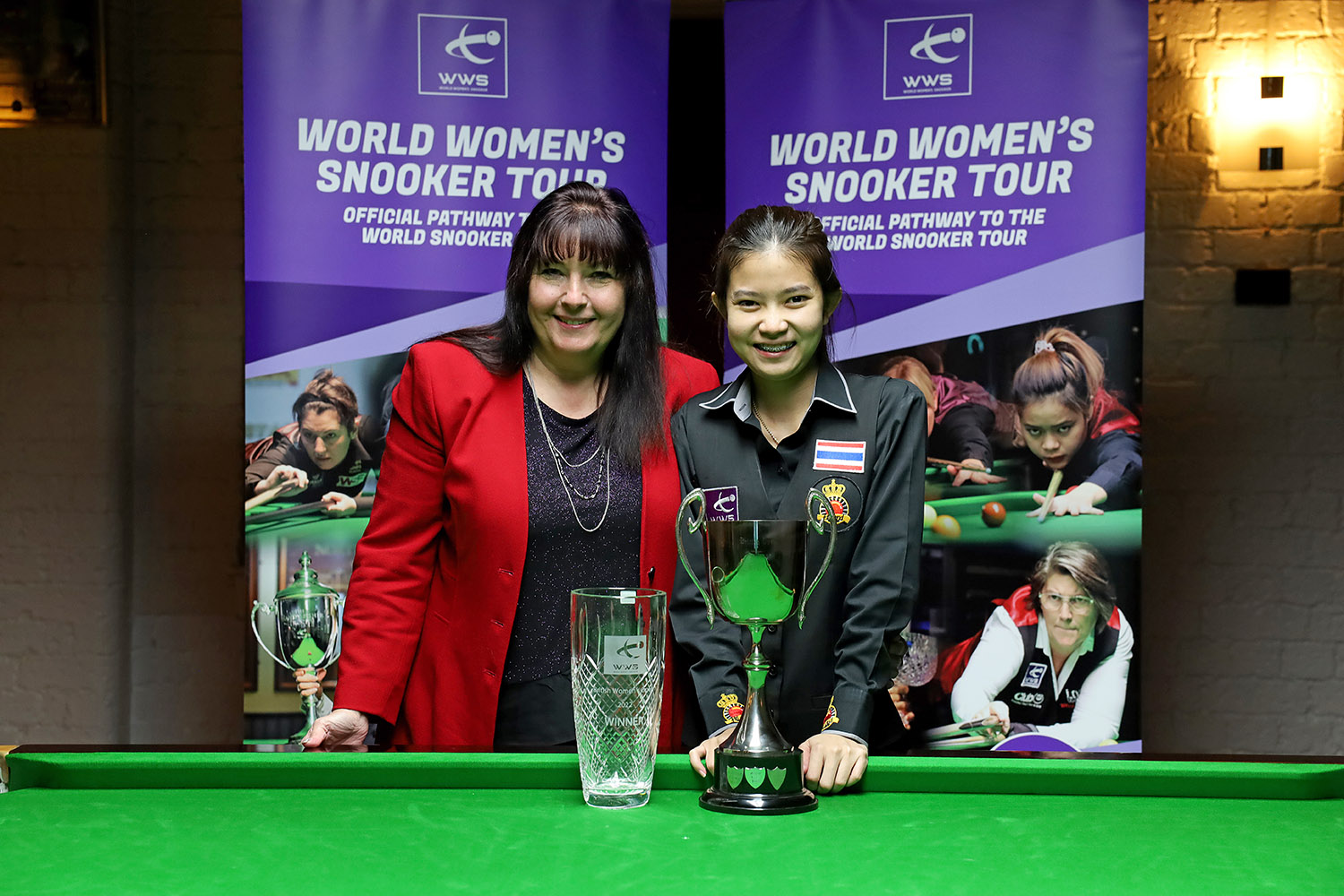 Wongharuthai began the day with whitewash victories against Jasmine Bolsover and Jamie Hunter, before she edged out fourth ranked Rebecca Kenna 4-2 in a closely contested semi-final. Evans dropped just one frame – against Emma Parker in the quarter-finals – prior to the title match, while also seeing off Aimee Benn and Maria Catalano on the way.

It was to prove a closely contested final throughout with Wongharuthai three times leading by the odd frame – only for Evans to respond by drawing level – but ultimately it would be the Thai star who would emerge victorious. 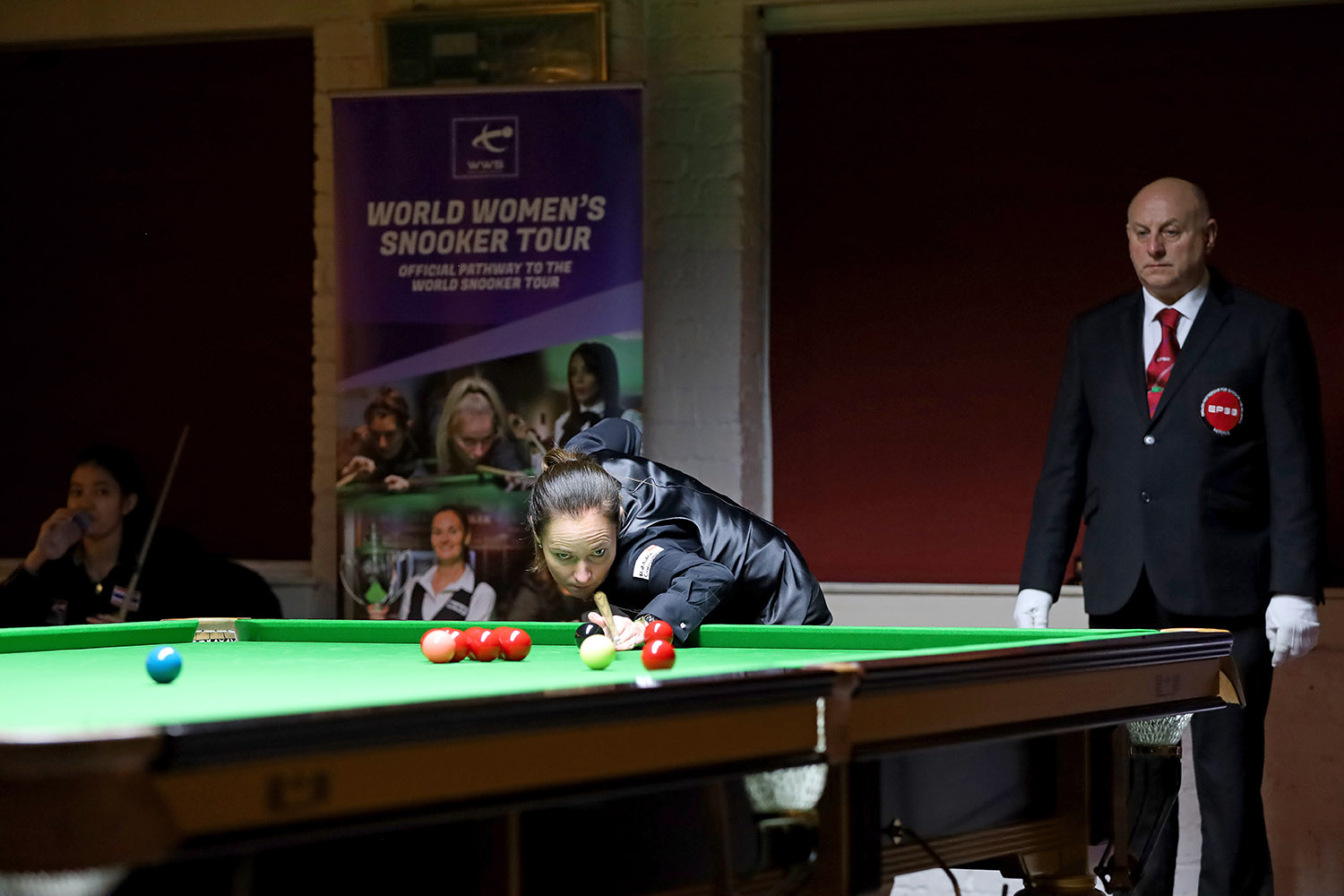 England’s Steph Daughtery completed a hat-trick of titles at junior level this season by defeating Zoe Killington 2-0 to capture the British Open Under-21 title for the first time. The top seed defeated debutant Chloe Payne in the semi-finals, before seeing off Killington – appearing in her second consecutive junior final – to claim victory. 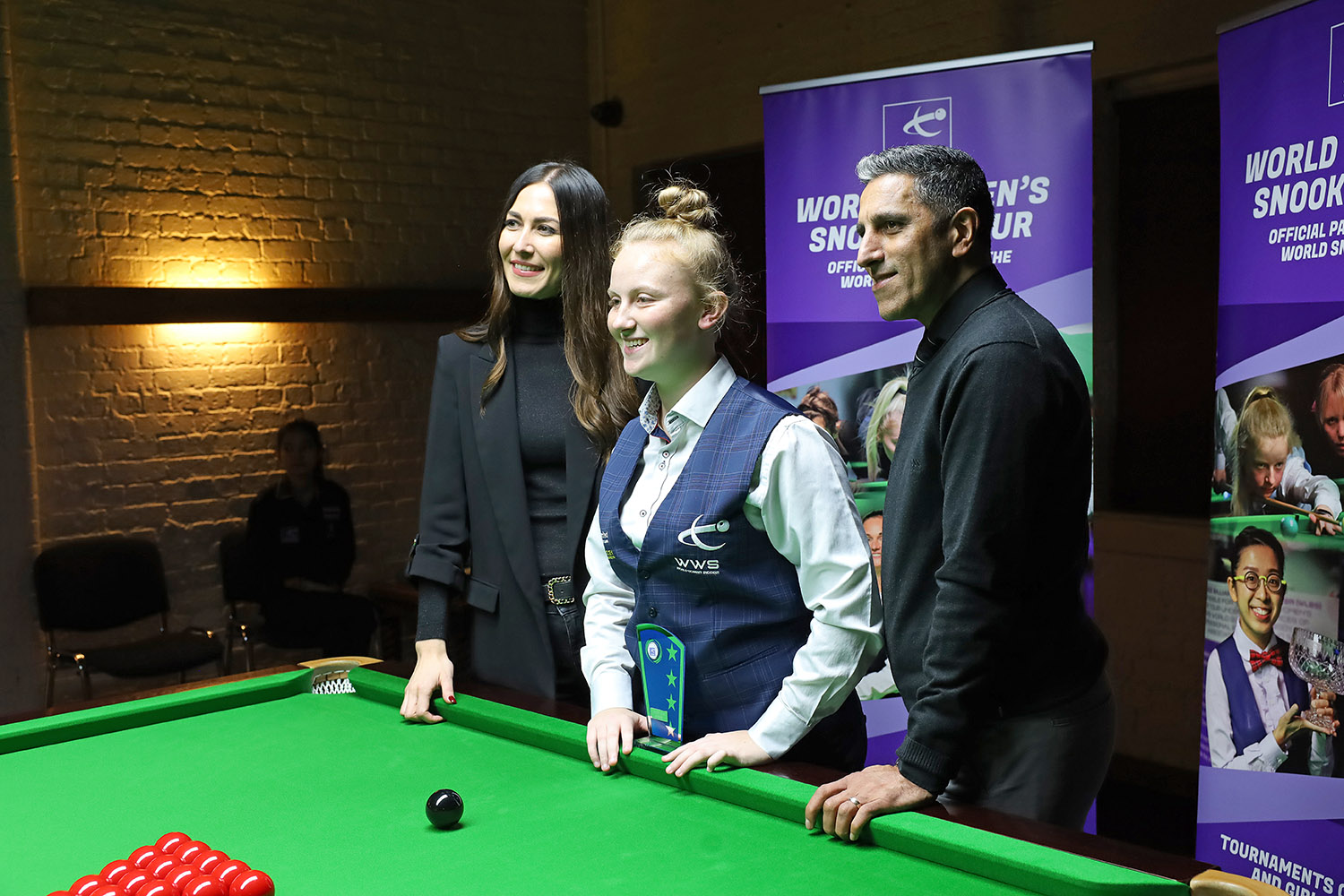 In the Seniors competition there was a landmark victory for Tessa Davidson who competing in her first tour event for 23 years left with silverware following a 2-0 success against Poland’s Izabela Łącka.

The six-time former ranking event winner came through a strong field with victories against Jenny Poulter and Mary Talbot-Deegan to progress to the final, before coming through to claim her first tour title since the 1998 UK Championship. 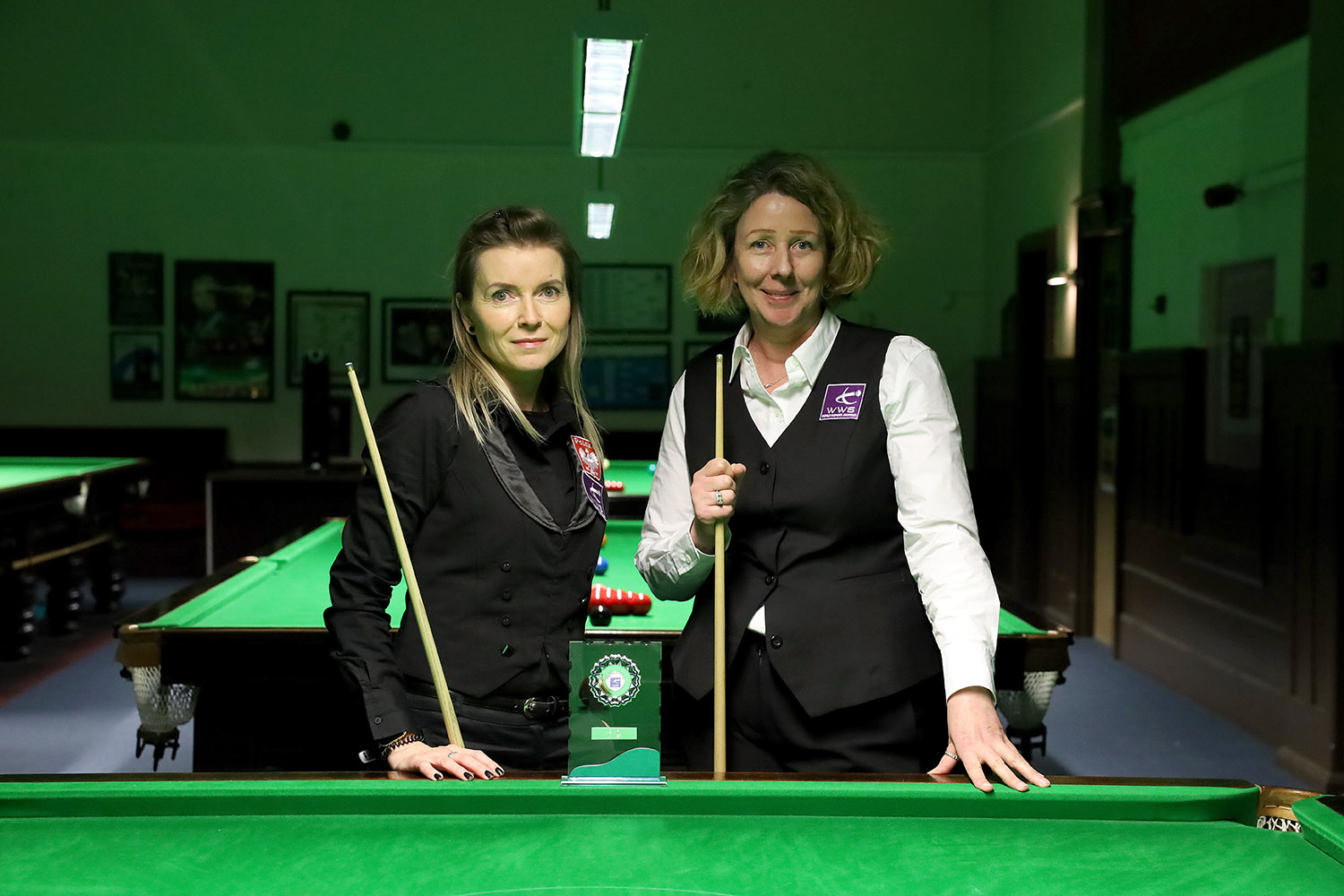 There was to be some consolation for Łącka however, as the reigning Polish champion defeated debutant Sarah Dunn 2-0 to claim her first WWS title in the Challenge Cup competition. She had previously seen off Clare Gamble, Rochy Woods and Jenny Poulter in the last four to reach the final.

World Women’s Snooker would like to pay tribute to our wonderful hosts and sponsors at The Winchester, including Mukesh and Svetlana Parmar and their team for their fatastic support during the event

The WWS Tour continues with the return of the World Women’s Snooker Championship from 10-14 February 2022 – ENTER NOW! 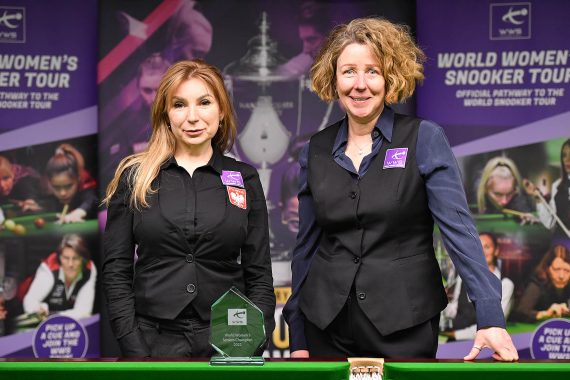