Next week sees the return of snooker’s World Cup as 24 teams battle it out in Wuxi to claim the title won most recently by the host nation back in 2011.

I recently explained how the players from each team were selected to represent their countries, but each day this week I am going to take a closer look at the teams involved and provide some insight as to the lesser known players involved.

Today then I cast my eye over Group A, which sees the defending champions and top seeds China, joined by Norway and four unseeded teams. who will fight for two quarter-final places.

Heading the draw are the China ‘A’ team, the first of two teams from the host country who will be represented by their two top ranked players after the 2015 World Championship, Ding Junhui and Xiao Guodong.

Former world number one Ding Junhui of course needs little introduction and in his second appearance at a World Cup he will be hoping to successfully defend the title that he won four years ago in Thailand.

On that occasion he partnered Liang Wenbo in the tournament and having lost three of his opening six singles matches in the event, would improve to win all but one of his next eight from the final group match, through to the final against Northern Ireland.

This time the tournament will be held not just in his home country, but his home city, where he returns having missed out upon the venue stages of the Wuxi Classic a year ago.

Xiao’s best run at a ranking event to date was his run to the final of the Shanghai Masters in 2013, where coincidentally he lost to Ding, while a year ago he also reached the semi-finals of the Australian Goldfields Open.

The second seeded team in this group are Norway, who appear in this year’s event having not been one of the competing nations back in 2011.

They are led by world number 37 Kurt Maflin, fresh from his strong finish to last season when he reached the semi-finals of the China Open, before taking Mark Selby to a deciding frame at the World Championship on his Crucible debut.

A particularly strong break-builder, Kurt has established himself on tour in recent years and in what is a terrific story for the event, will be joined by wife Anita Maflin at the World Cup.

Make no mistake however, Anita has earned her place in the tournament on merit and it will be fascinating to see how the pair get on in what will surely be the first time that a married couple have played together in a professional snooker event.

While she might not be used to playing at the very highest level, she is a former winner of the Nordic Cup, has won several events in the country and will no doubt have been practising hard for the event over the past few weeks.

The second of three Asian countries in Group A, Singapore will be represented in Wuxi by Marvin Lim Chun Kiat and Keng Kwang Chan, who both participated in the 31st Asian Snooker Championship recently held in Malaysia.

Of the two, 39-year-old Lim Chun Kiat progressed the furthest, qualifying from his group in second place, before losing at the last 16 stage. He has won his national championship at both under-21 and senior level, making his first 147 break back in August 2011.

Keng Kwang Chan meanwhile fell at the group stage of the Asian Championship, but did reach the last 64 of the IBSF World Championship last year, losing 4-2 to eventual runner-up Mohammed Sajjad.

As in 2011, Aditya Mehta and Pankaj Advani will form India’s team, the pair having continued to fly the snooker flag for their nation in recent years.

While former ranking event finalist Mehta claims his place on account of being his country’s only current professional, 10-time world billiards champion and two-time snooker ranking event quarter-finalist Advani was the obvious choice to join him once again despite not currently being on tour.

On their previous appearance in the competition they were able to finish third in their group behind England and Northern Ireland, winning two and losing two of their matches.

This time, the target will be to progress at least stage further and make it to the knock-out stages.

Like India, Malta’s team remains unchanged from 2011 as veteran duo Tony Drago and Alex Borg return to represent their country again in Wuxi.

Similarly, they were also able to finish third in their group with 12 points, agonisingly short of China and Australia who were both tied on 13 apiece at the conclusion of the group.

Aged 49 and 46 respectively, Tony and Alex might not be the youngest duo in the draw but in these short-format contests their experience can only help them, as Tony demonstrated recently by making it to the final of the this year’s European Team Championship.

As their nation’s leading two players for over two decades, they are also well used to playing together and are good friends off the table.

The final nation in Group A is Austria, who will be represented by 22-year-old Andreas Ploner and Paul Schopf, the former having qualified thanks to his victory against Finland’s Robin Hull at last year’s Riga Open.

Interestingly, the pair contested the Austrian national championship back in 2013, Ploner winning the title for a second year in a row on that occasion, while he also reached the quarter-finals of the 2014 European Championship, losing to Welsh amateur Duane Jones in a deciding frame.

26-year-old Schopf reached the last 64 of that event, but in 2014 succeeded Ploner as national champion and the pair will be hoping to spring a surprise or two against some of the more experienced teams in this group.

Come back tomorrow for my run-down on Group B, featuring Hong Kong, Scotland, Iran, Malaysia, Brazil and Belgium… 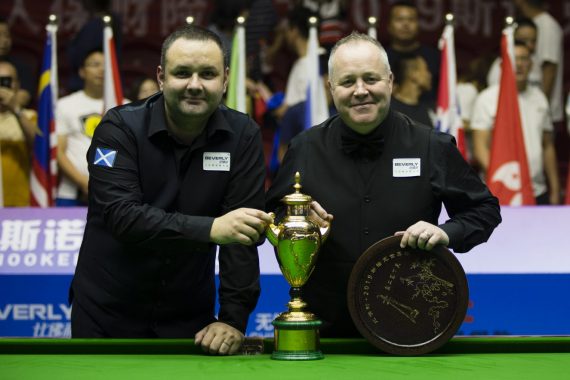 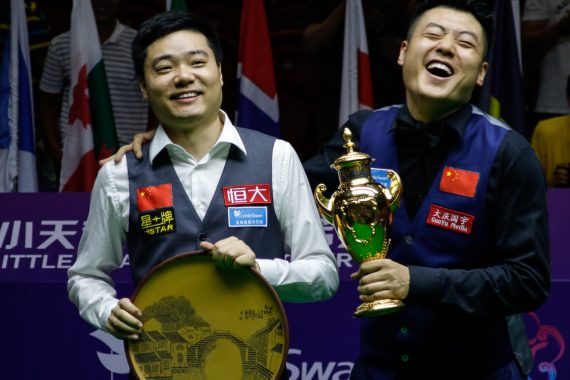