Earlier this week I took a look at the current standings in the race to this season’s Dafabet Masters, with that battle set to reach its climax at the upcoming Betway UK Championship.

Another, perhaps less discussed sub-plot however is the race to the World Grand Prix event next March, a tournament that will be held in Llandudno for a second time and this year take on full-ranking status, having been an invitational event earlier this year.

Although the World Grand Prix remains some four months away, with just three full-ranking events and a couple of Kreativ Dental European Tour to be played between now and the ‘cut-off’ point for Llandudno, we are in fact deceptively close to knowing who might qualify and which of the top players will need to raise their game over the coming weeks if they are to make it.

Similar to last season, the top 32 players on a one-year ranking list will qualify to play at the 2016 World Grand Prix.

All prize money earned from June’s Australian Goldfields Open, up to and including the Gdynia Open which concludes on 28 February 2016, will be included.

This does not include prize money won for tournament high breaks, or maximum breaks.

There are seven players currently ranked inside the world’s top 32 on the official two-year ranking list, who as it stands would fail to qualify for the World Grand Prix.

Amongst them of course is Ronnie O’Sullivan, who is yet to make his first competitive appearance of the season, while Ricky Walden and Stephen Maguire are the other top 16 players currently short of the magical £16,725 target set by Mark Davis.

Veteran Scot Alan McManus, who will most likely be on site as an analyst if he does not qualify is another at risk, as well as Anthony McGill, Fergal O’Brien and Dominic Dale.

Others who are inside the top 16, but remain far from certain of qualification notably include world numbers two and three, Stuart Bingham and Neil Robertson.

Although the latter was of course able to take home £100,000 thanks to victory at the 188BET Champion of Champions event last weekend, as this was an invitational event, that money does not count towards the World Grand Prix list.

With seven currently set to miss out, there are of course seven ‘lower ranked’ players currently in line to take their places and unsurprisingly these include Asian duo Thepchaiya Un-Nooh and Tian Pengfei, both of whom have impressed so far this season.

Jamie Jones, Mike Dunn and Jimmy Robertson are the final three players currently in the mix to qualify, thanks to their consistent performances during the first half of the season.

Of course there is still time for things to change and no doubt that the Betway UK Championship will prove a significant battleground, as the event offering the single highest prize fund during the qualification period.

Last season, £42,083 was enough for Michael Holt to take the final qualifying space, however with three fewer counting full-ranking events in 2015/16, it might be that a season total of closer to £30,000-£35,000 by the close of play in Gdynia will be sufficient this time.

Time will tell, but further updates will of course follow here during the coming months. 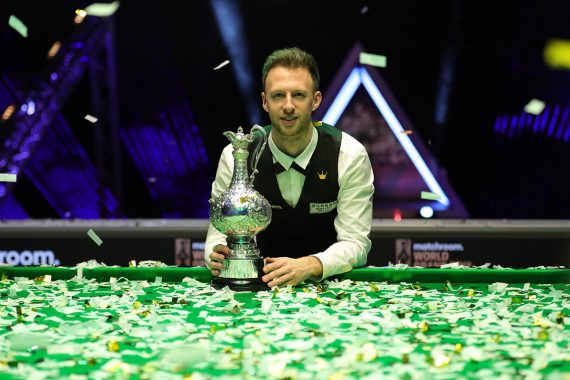