With amateur competition making a gradual return to areas across the world, the WPBSA International Round-Up is back and this month features events from five different nations.

Vilius Schulte ousted defending champion Nikita Kolpachenko via a deciding frame in the final to regain the Lithuanian National Snooker Championship. It is the fourth time he has won the accolade.

Held at the Cue Club and KN Billiard Club venues in the capital city of Vilnius, the field of 39 players featured women cueists and entrants as young as 11 and 12-years-old.

Schulte – who is a qualified WPBSA coach – made several half-century breaks and relinquished only one frame on route to the final during his 4-1 win over Sergej Korolkov in last eight. In the semi-finals he ended the hopes of Mindaugas Maisiejus 4-0.

Kolpachenko became the tournament’s youngest ever winner last year at the age of 16. In the last four he defeated Tadas Andrejevas 4-2, the player he overcame in last year’s final. However, despite securing frames five and six to take this year’s final all the way, the teenager was unable to retain the title and Schulte emerged a 4-3 winner. His latest success goes alongside previous wins in 2015, 2018 and 2019. 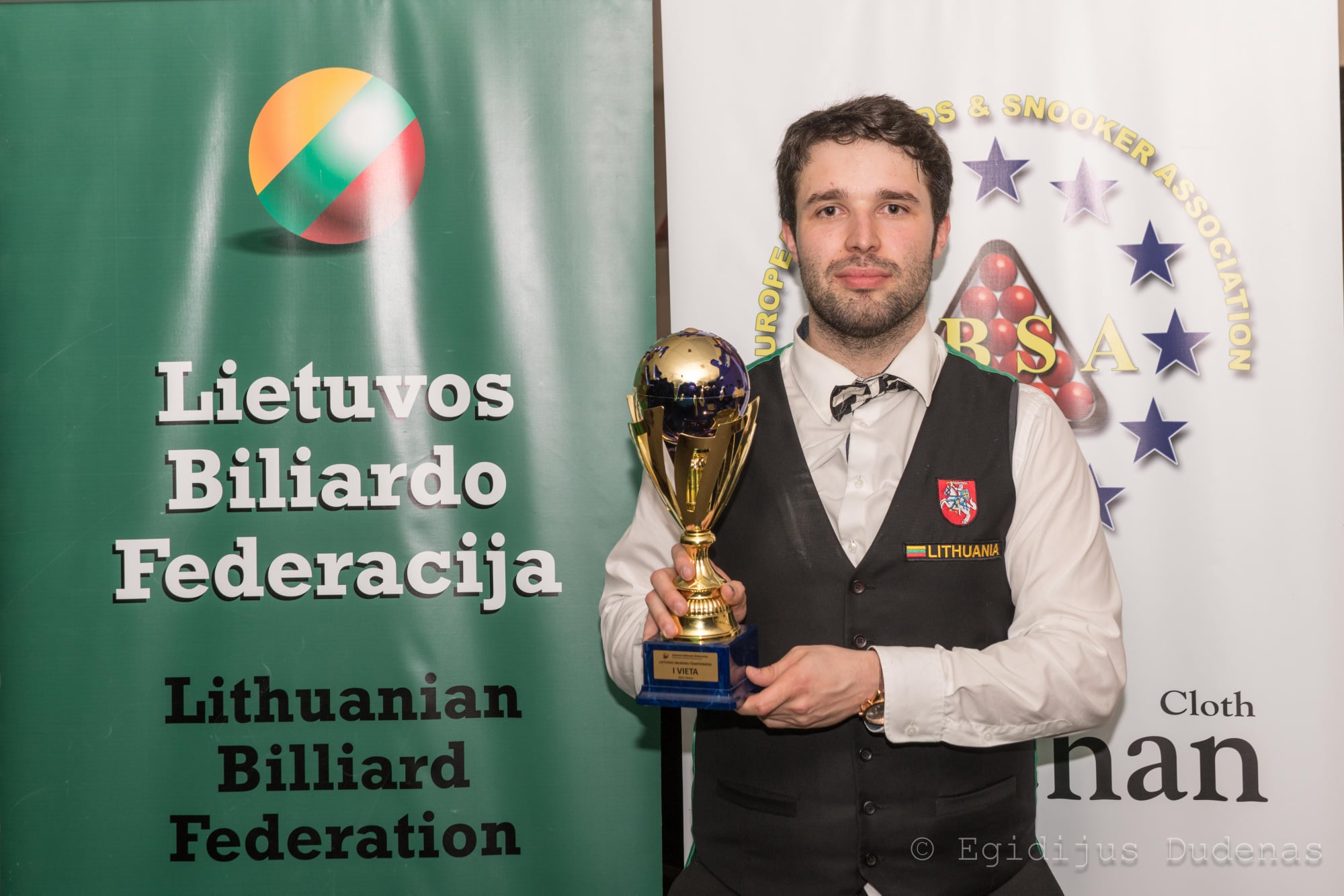 It was a perfect ten for record-breaking Aaron Canavan as he retained the Jersey Island Snooker Championship.

The former World Seniors Champion dropped only one frame during his successful title defence, that coming in his 3-1 first round victory over Connor Davies. He subsequently defeated Darren Malzard 3-0 in the quarter-finals and then made breaks of 80 and 102 as he eliminated Lee Travers 3-0 in the last four.

His opponent in the final at the First Tower Institute in Saint Helier was Ross Symes who had denied former winner Karl le Fevre 3-0 in the other semi-final. Looking to lift the trophy for the first time, Symes would again have to settle for the runner-up spot as Canavan crafted runs of 52 and 53 in a 4-0 triumph.

It is the tenth time that Canavan has become the island snooker champion. 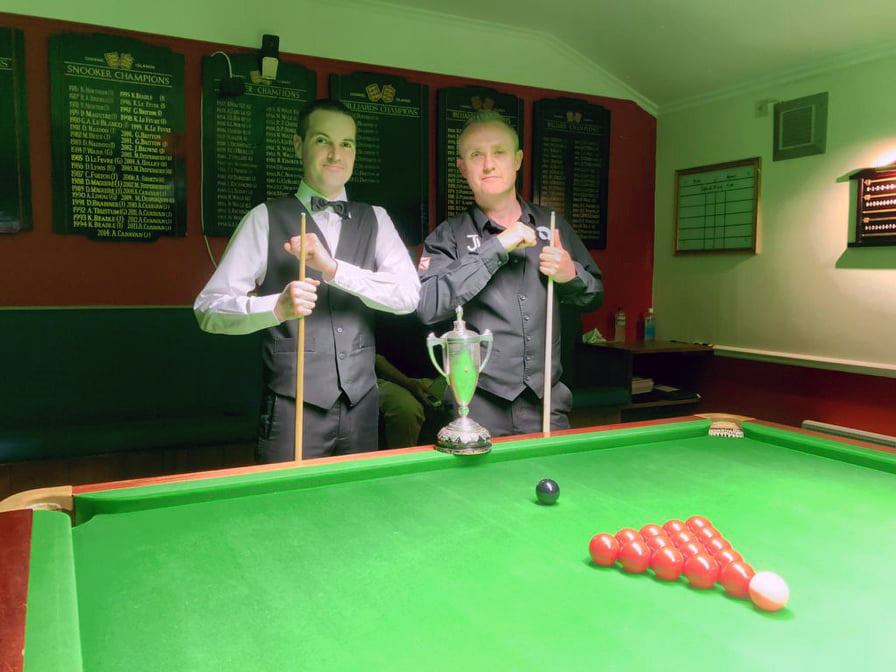 Held at the Classic Club in the capital city of Minsk, Tsirikov defeated Albina Leschuk (3-0), Vladislav Shopik (3-0), Andrei Chernyy (3-1), another previous champion in Vladislav Romanovski (4-1) and then Melnyunka 4-1 in the title match.

Semi-finalist Kirill Margolin made the competition’s highest break with an effort of 76 during his 3-1 last eight victory over defending champion Aleksandr Kostkovec. 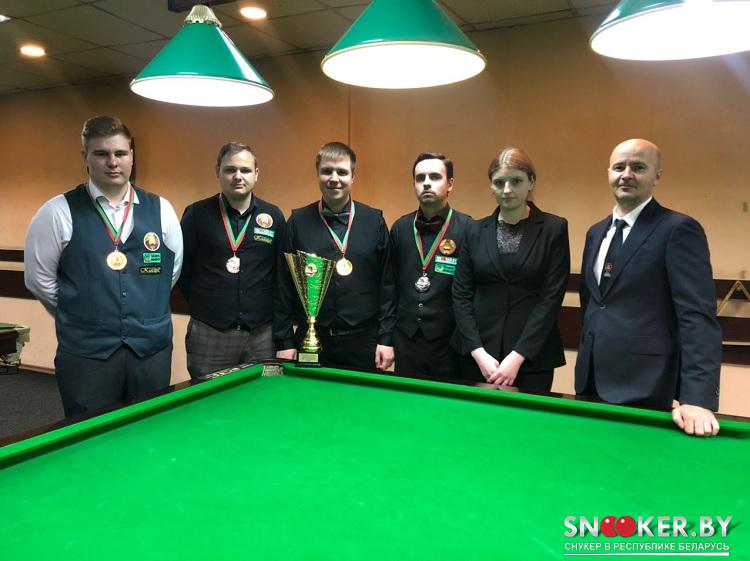 Rob Elsey claimed his maiden national title when he triumphed at the 2021 Australian Masters Snooker Championship.

Hosted once again by the Mingara Recreation Club in Tumbi Umbi, New South Wales, the event returned after last year’s cancellation due to Covid. The first Australian national event to be held since the pandemic, an impressive field of 58 players aged 40 or over took part.

Elsey won three of his four group games to qualify for the knockout phase where he eliminated Gary Mares (3-1), Peter Quinlivan (3-2), Roger Farebrother (4-3), Glen Wilkinson (4-2) and then fellow NSW cueist Richard Peric 5-2 in the final. It was Elsey’s second final having made it there in 2017.

Former two-time winner Joe Minici reached the semi-finals and scored the highest break with the 82 he made during the groups phase. 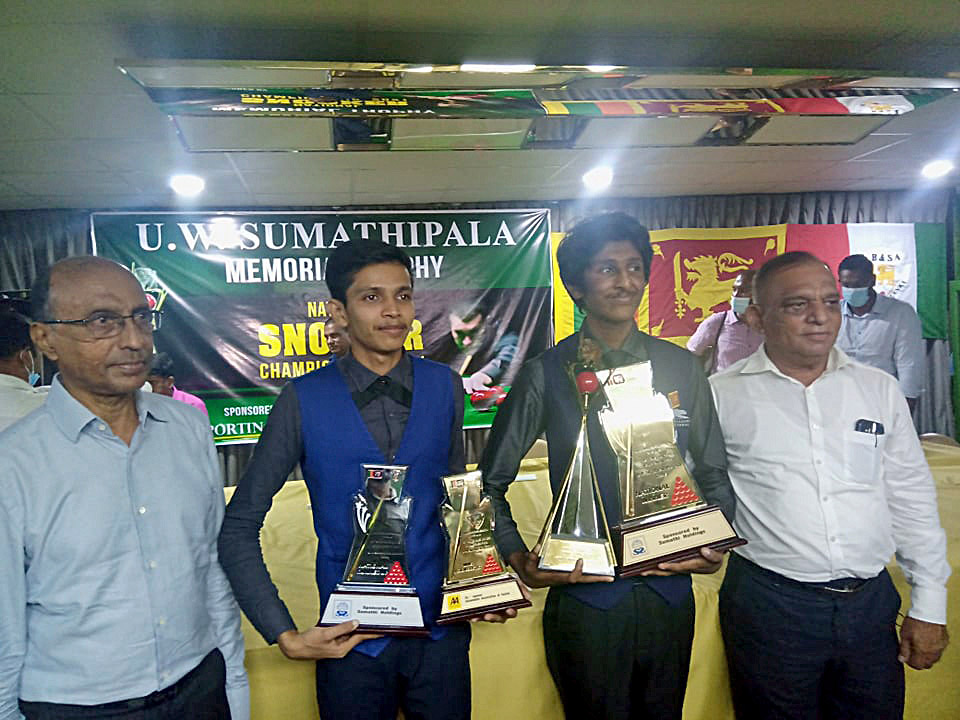 Postponed last year due to the global pandemic, the 68th edition of this month-long national event featured around 200 entrants and began with regional qualifiers.

The final was held at the AAC Billiards venue in capital city Colombo. Irshad lost the opening frame but won six of the next seven to record a 6-2 victory and claim the championship for the first time.

Ryan Somaratna got the better of Susantha Wickrama in the third/fourth place play-off. 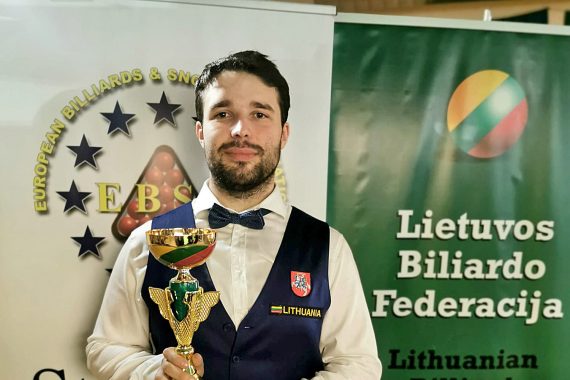 High-Five for Schulte-Ebbert in Lithuania 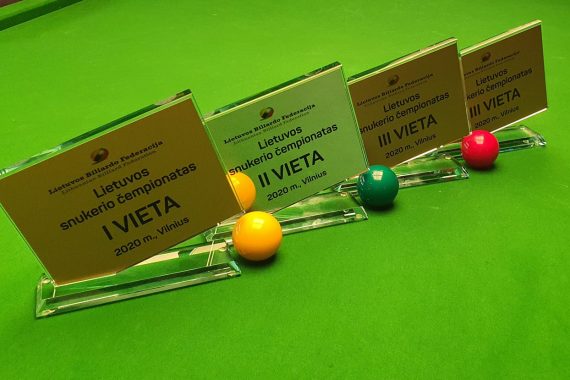