David Causier won his sixth World Billiards ranking title of the season after victory at the Belgian Open in Bruges last weekend.

Following on from his triumph in the World Matchplay Championship last month in Ireland, the world number one went undefeated at The Trickshot venue in the Level 3 event. 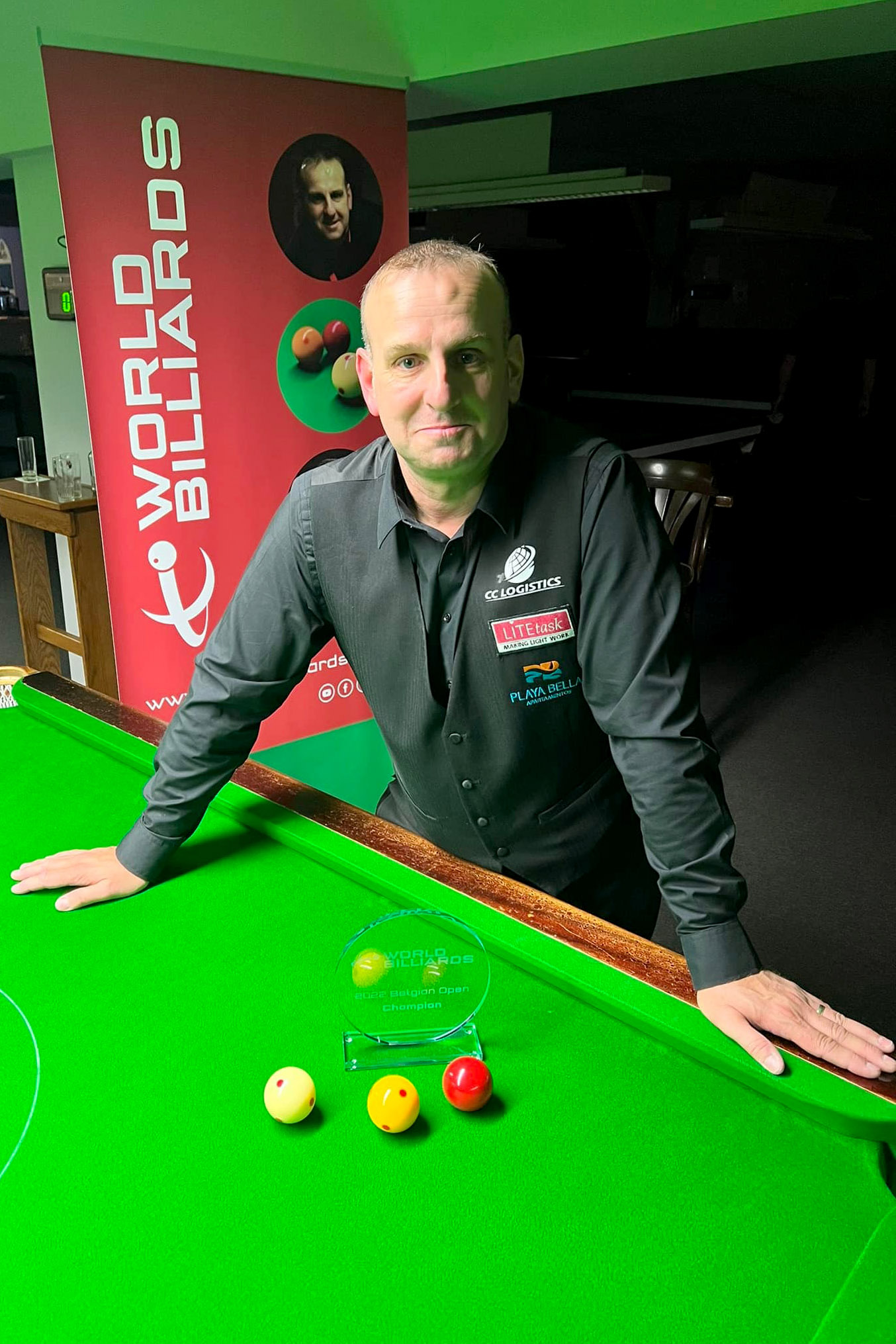 Causier topped his group with a 100% record to qualify for the knockout rounds. During that opening phase he was in imperious heavy-scoring form, rattling in 12 three-figure contributions, including a hat-trick of double-centuries (207, 270, 293) and two triple-centuries (314, 315). That latter effort stood as the tournament’s highest.

As one of the best group winners, Causier avoided the preliminary knockout round and recommenced his campaign with a resounding 1087-102 victory over Chris Mitchell where he continued to record a barrage of breaks with runs of 311, 187, 140 and a 212 unfinished.

In the semi-finals he ended the challenge of recent Jersey Open champion Darren Clark 963-168 with a top effort of 299 and three other centuries.

The final would be a meeting between the competition’s top two seeds as the in-form Rob Hall made it through.

In recent weeks, Hall has claimed both the EPSB English national championship and the world ranked Irish Open. He booked a berth in the title match here after a 489-218 win over Martin Goodwill.

An intriguing all-English final, revenge may have been on the mind of Causier having lost to Hall in the semi-finals of the aforementioned Irish Open; a loss which ended his long undefeated record on tour stretching back to 2019.

In the Belgian Open Challenge Cup – for those that did not qualify for the knockouts – it was an all-Scottish final which saw Paul McGowan defeat compatriot David Stone 323-246.

Attention now turns to the main event of the Level 5 European Open which takes place at the same venue over the coming days.