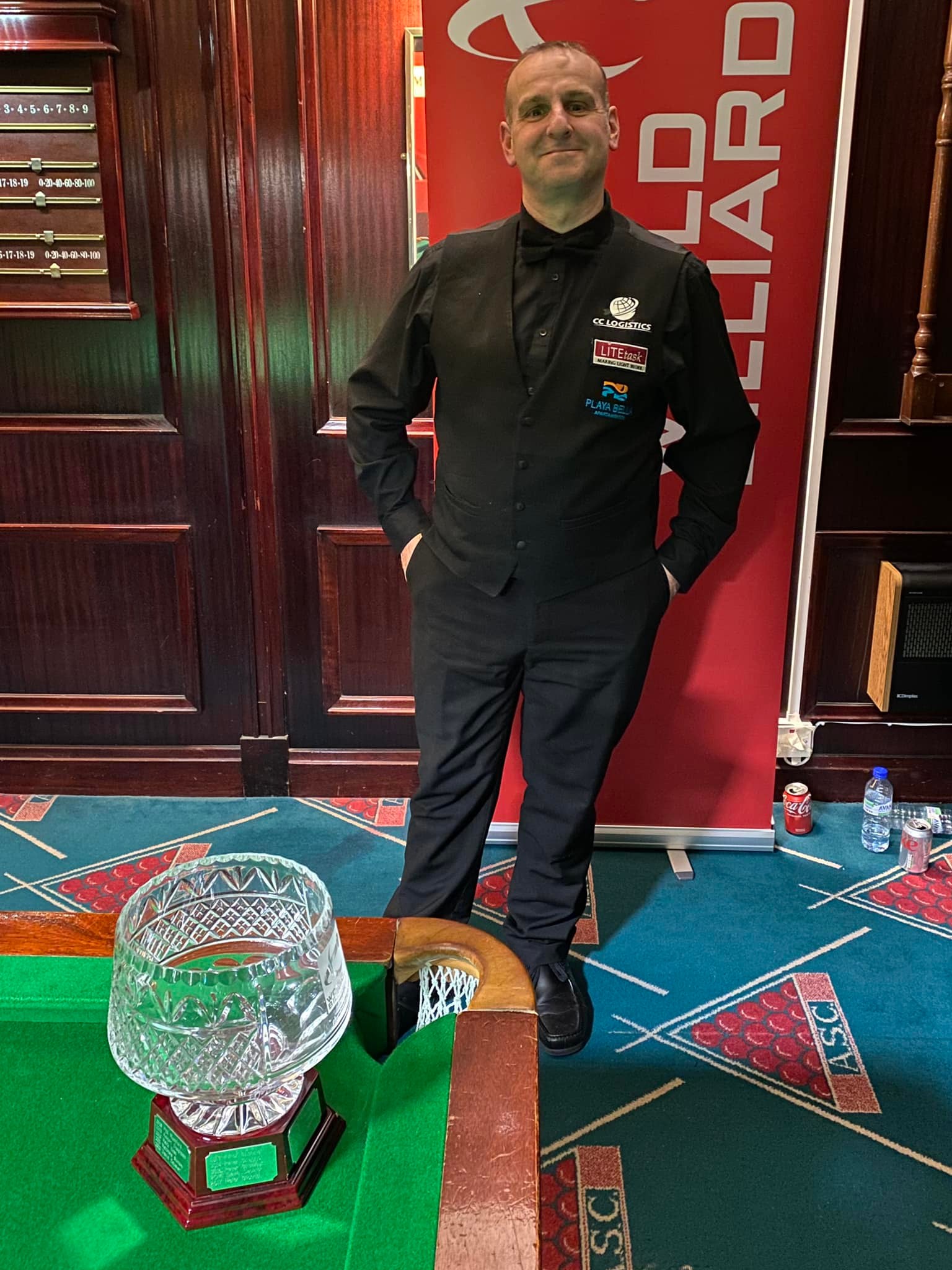 The world number one remains undefeated this season; his latest success represents a fourth major 2021/22 accolade after triumphs at the English, Welsh and British Opens in recent months.

Former world champion Causier had no issues qualifying from the groups phase, comfortably winning all four of his matches and racking up six three-figure contributions, including a break of 464 which would stand as the tournament’s highest.

Not required to play in the preliminary round, the Englishman was once again in relentless scoring form during the knockouts. He made a break of 378 as he defeated Nathan Mann 706-211 in the last 16, runs of 364 and 363 as he hit the thousand-point mark when eliminating Alex Donne 1164-111 in the quarter-finals and another triple-century effort of 370 in denying John Mullane 895-292 in the semi-finals.

Causier’s final opponent was Peter Sheehan, who continues to enjoy his return to big-time billiards. Sheehan also had a 100% record in getting to the title match, defeating Jonathan Marwood 513-327 in the other last four tie.

However, like the outcome in their British Open final meeting in Carlisle in November, Sheehan was unable to topple the best player in the world at this point in time, despite making a break of 150 which helped him lead at the halfway point of the 90-minute match.

Causier was powerful in the second half of the title decider, chalking up breaks of 236 and 130 in an 811-324 victory to once again raise the Elden Cup.

In the Scottish Open Challenge Cup – for those that did not qualify from the groups phase – Ian Dennis took the title after ousting Steve Allen 163-138 in the final.

The next stop on the World Billiards circuit is the 2022 Jersey Open which takes place in St Helier between the 25th-27th February.