Darren Clark claimed the biggest accolade of his career so far when he won the 2022 World Billiards Jersey Open last weekend.

Held at the Jersey Mechanics Institute in the island’s capital of St Helier, Englishman Clark emerged through a field consisting of circuit regulars and local hopefuls to secure his maiden world ranking event title. 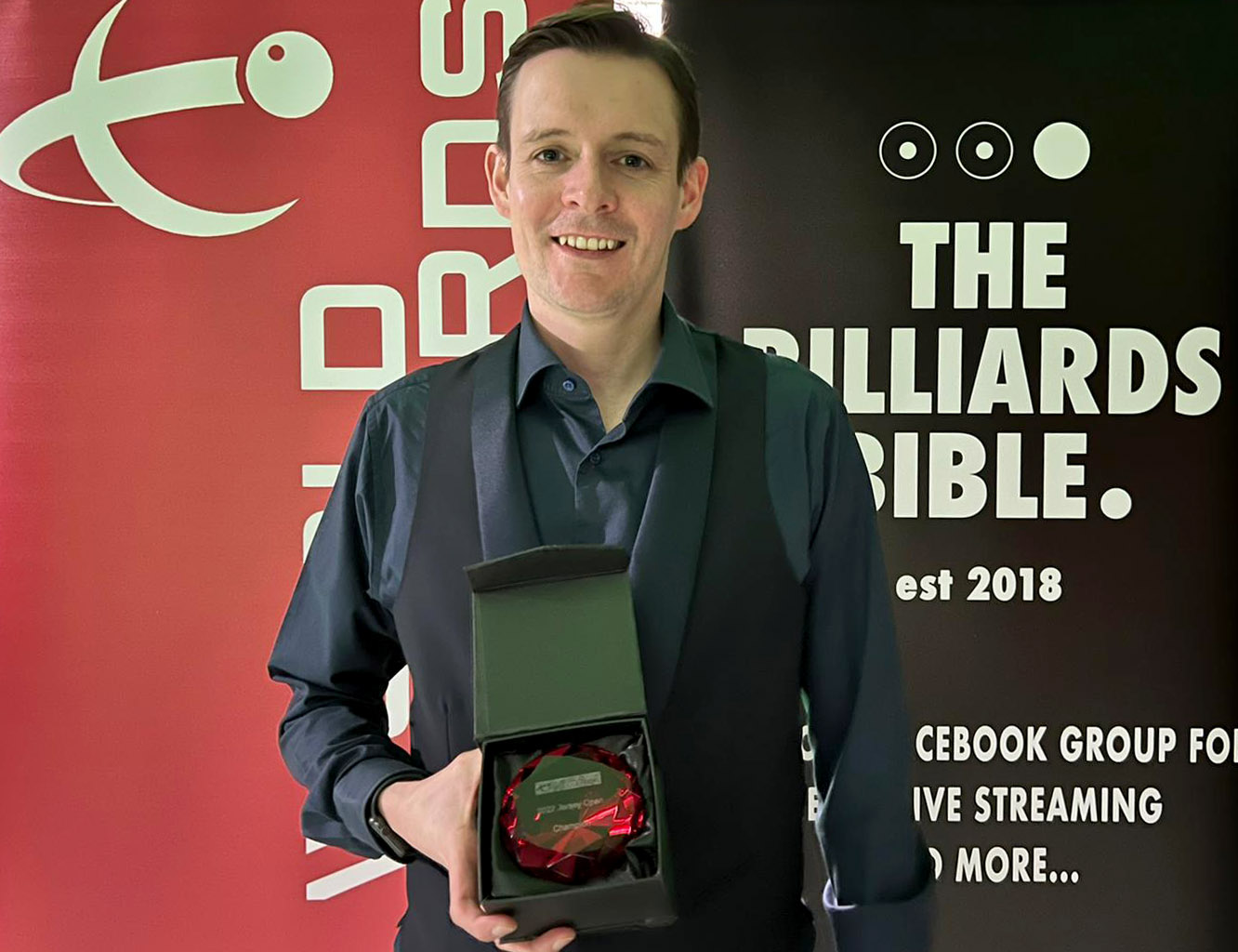 Clark remained undefeated throughout the three-day tournament. He won all four of his matches in the groups phase to top his round robin and qualify for the knockouts. During a 500-38 success over Mark Hill, he chalked up three century breaks (139, 103 and 167).

As one of the best performing qualifiers, Clark received a bye in the last 16. He then eliminated Ryan Mears 273-195 in the quarter-finals and top scored with a run of 101 as he denied Gary Norman 374-220 in the last four. In the previous round, Norman had dispatched world number three Rob Hall – the highest ranked player to enter the competition.

Clark’s opponent in the title match was fellow countryman Nathan Mann who was also appearing in his first world ranking event final. Mann got the better of former event winner Martin Goodwill in the last eight and Chris Coumbe in the semi-finals.

It was the second time during the trip that the pair had faced each other after meeting in the groups phase. A longer distance match this time, it was the same player who was victorious as Clark highlighted a comfortable 549-157 final win with a break of 130.

Elsewhere at the venue, Steve Allen defeated Mark Hill 177-44 in the final to win the Jersey Open Challenge Cup for those that did not qualify for the knockout phase.

The World Billiards circuit travels to Ireland in early April for the Irish Open and World Matchplay Championship double header in Carlow.