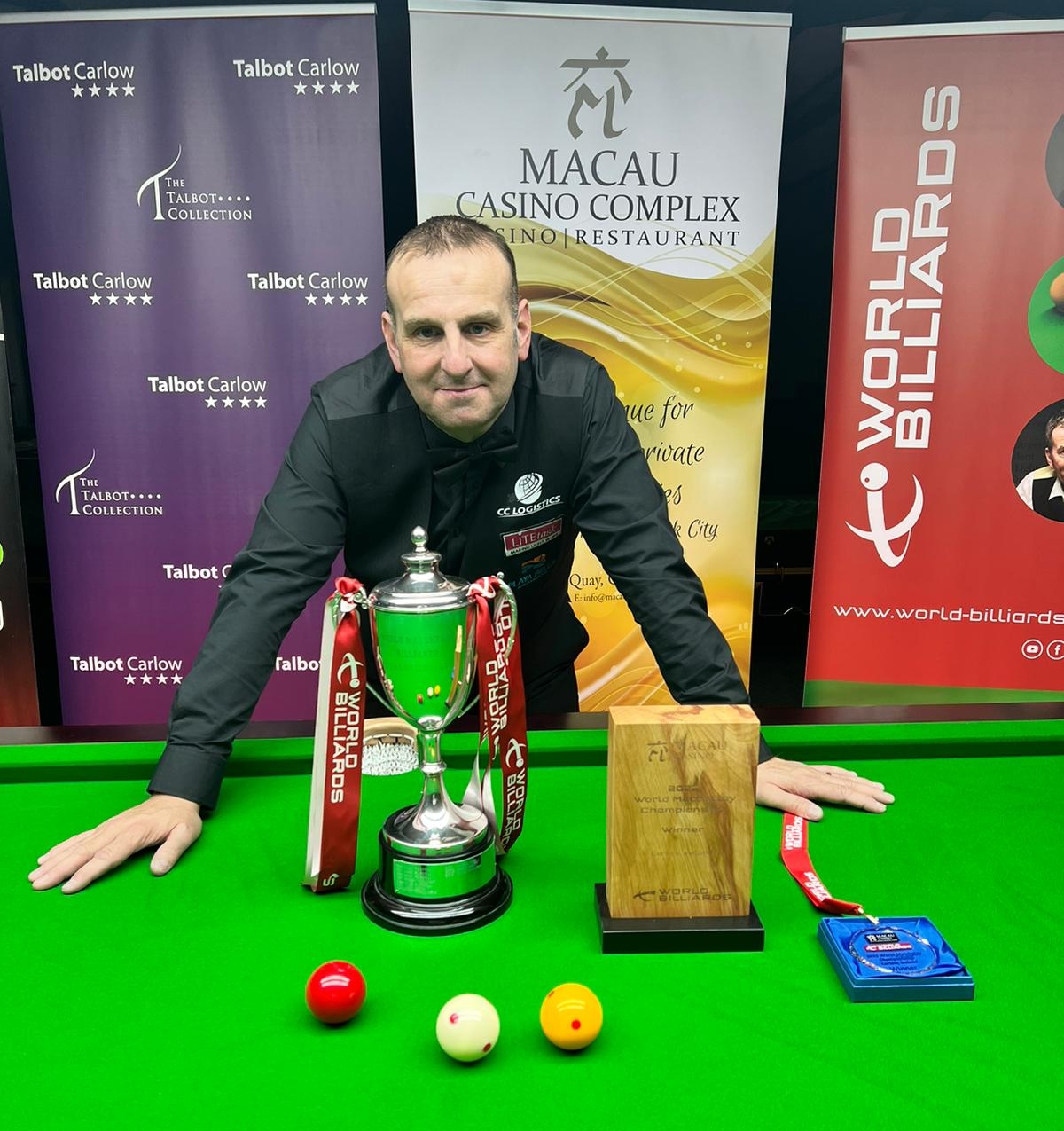 A level 6 World Billiards Tour ranking event, the championship is the sport’s premier short-format competition and was returning to the circuit for the first time since 2019 due to the coronavirus pandemic. Last held in Leeds, the latest edition was hosted by the Snooker and Billiards Ireland Academy in Carlow, Republic of Ireland.

Causier came into the tournament having had his winning streak on the tour ended last week in the Irish Open at the same venue by Robert Hall who went on to lift the trophy. He previously last tasted defeat during the semi-finals of the 2019 World Championship in Melbourne, Australia.

Like champions do, though, the Teesider bounced back in the best possible fashion. He finished top of Group A, qualifying for the last 16 having dropped just a single frame in 21.

In the knockouts, Causier continued his rampage eliminating Barry Russell (England) 5-1 in the last 16 and the world number four Jonathan Marwood (England) 6-0 in the quarter-finals. That latter success put him through to Finals Day where he ended the campaign of Dhruv Sitwala (India) 7-3. 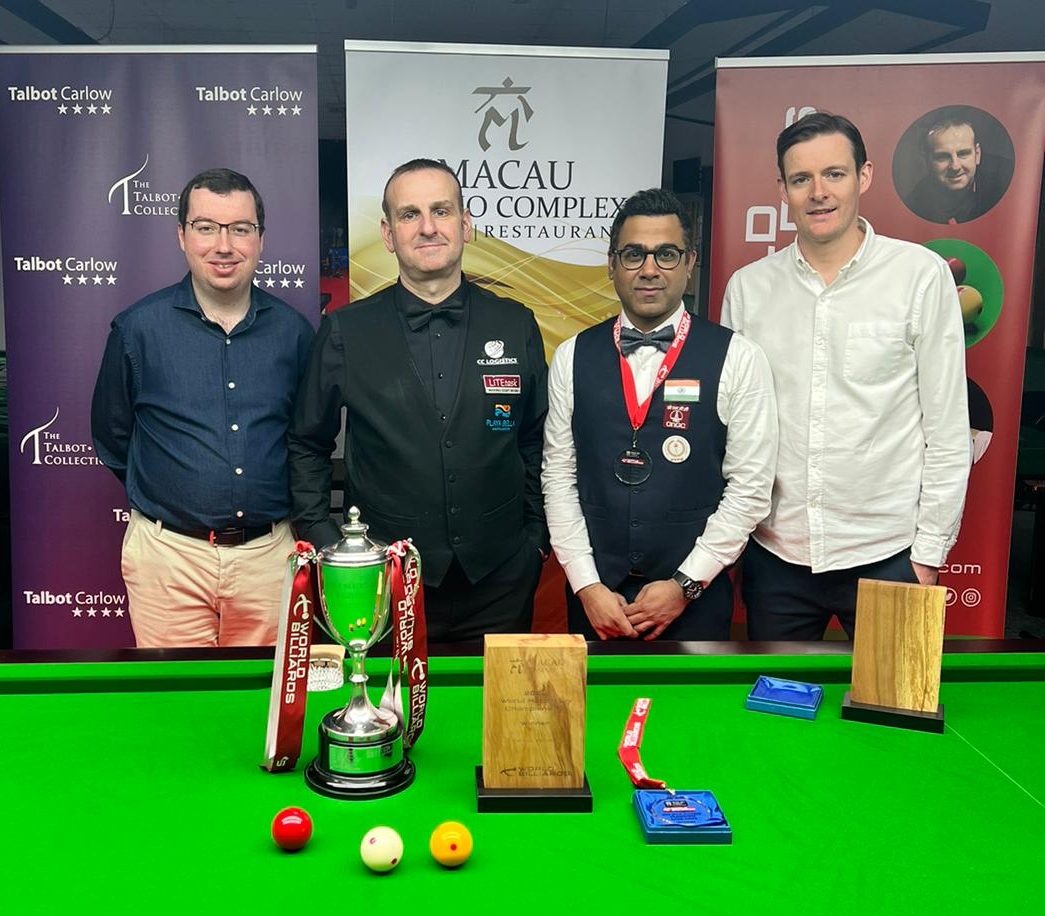 Meeting the Englishman in the title match would be India’s 2018 World Champion Sourav Kothari who was enjoying his return to the global scene for the first time since the start of the pandemic.

The Kolkata cueist also advanced from Group A, with his only defeat to Causier, 4-1. During the single elimination phase, he ousted Peter Sheehan (England) 5-4 in the last 16 and Martin Goodwill (England) 6-1 in the last eight.

In the final four, Kothari ended Hall’s hopes of a unique double in Carlow, defeating him by 7 frames to 3.

The climax would be a clash between two world champions – Kothari memorably came back to deny Causier in an epic semi-final on his way to the world title three-and-a-half years ago. 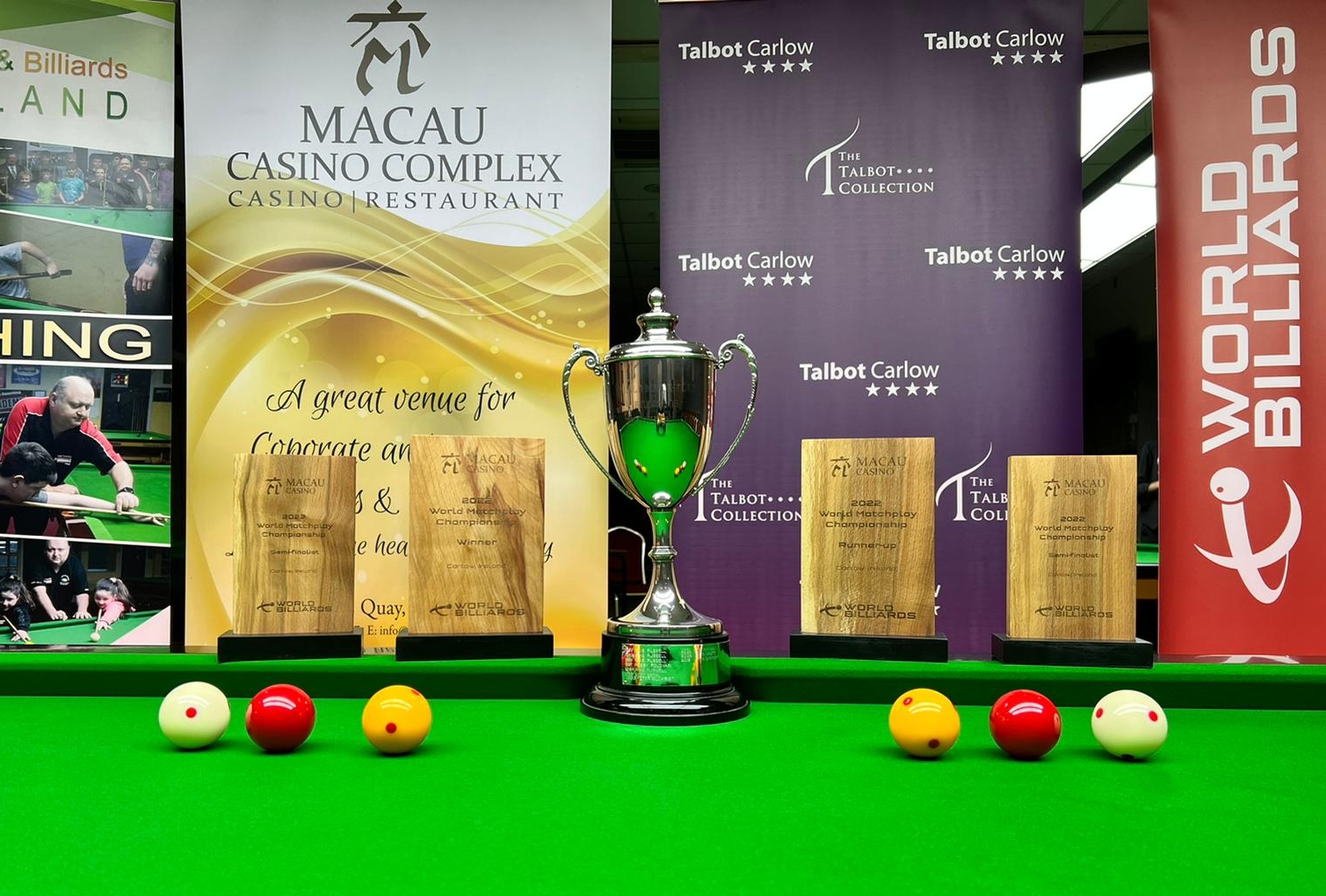 There was a dramatic start to the final as Kothari missed a cannon to claim the opening frame which was eventually taken by Causier 100 to 98. However, in bizarre circumstances, Causier failed to negotiate an in-off when one scoring shot away from doubling his lead in frame two. A relieved Kothari – who had been ahead and was agonisingly close to chalking that frame up, too – had a simple pot cueball to open his account by the same scoreline as the first.

The action began to settle down after this nervy opening exchange as Causier won the third frame with a one-visit break of 100 without reply. He then banked frame four with a counter-attacking 101 and the fifth with the aid of a 72. Kothari responded well, though; breaks of 77 and 67 helping him move to within one as they went to the mid-session interval.

However, on resumption, the pendulum swung again as Causier strung together four consecutive frames to retain the trophy.