Rob Hall defeated the world number one and then the world champion in consecutive matches on his way to winning the 2022 Irish Open at the Snooker & Billiards Ireland Academy in Carlow.

This popular level 3 World Billiards ranking event was back on the calendar for the first time since 2019 after the previous two years had been cancelled due to the coronavirus pandemic. The event was well supported with 46 players from several different countries taking part. 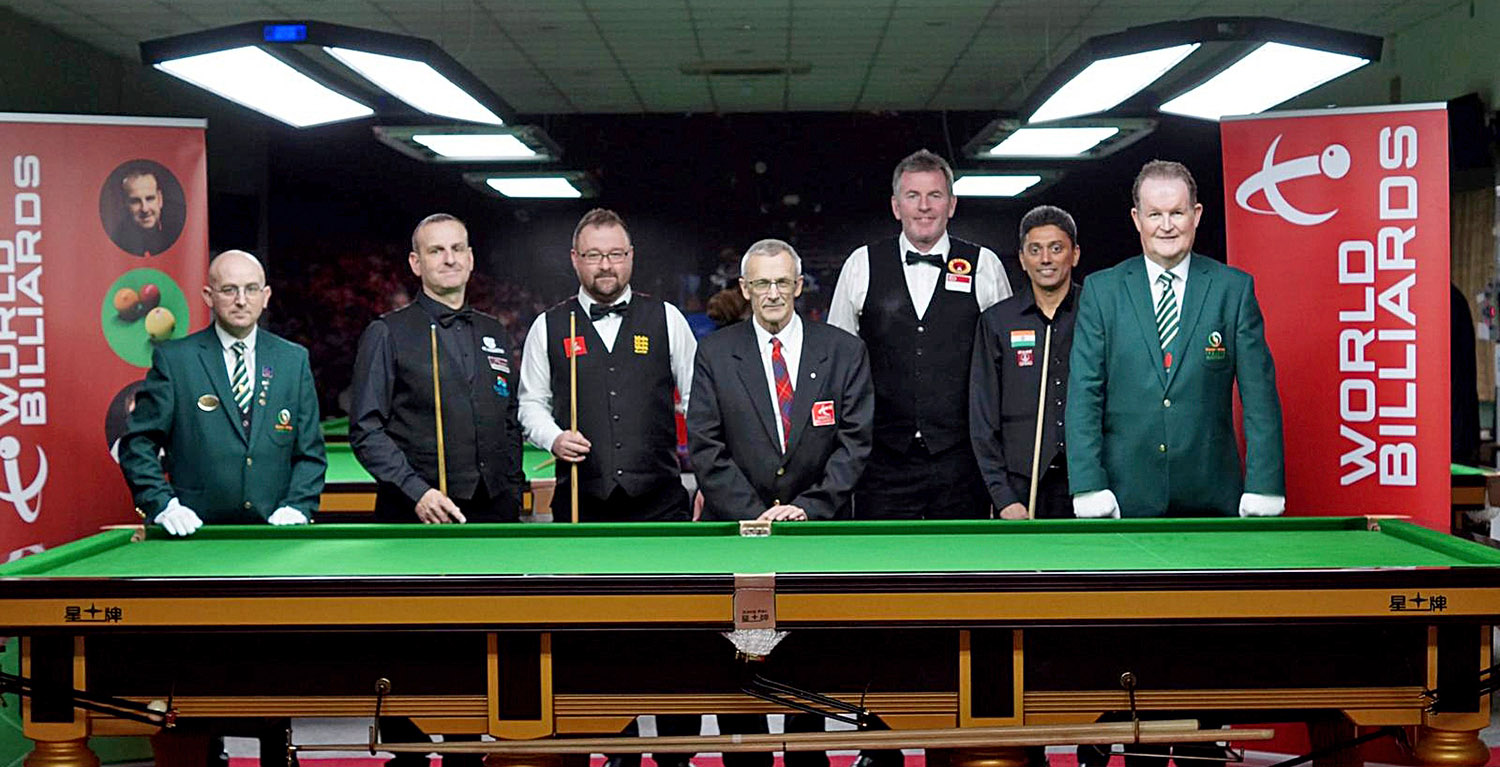 World number three Hall travelled to the emerald isle in fine form having recently claimed the English national billiards championship in Leeds. He began his campaign by finishing top of Group C, qualifying for the knockout phase with a 100% record of four wins from four.

As one of the top seeds he avoided the preliminary knockout round and went straight into the last 16 where he impressively dispatched Northern Ireland’s Keith Mccready 691-218 with breaks of 203, 127 and 120. He then ended the challenge of this season’s Scottish and British Open finalist Peter Sheehan 387-239 in the last eight.

In the semi-finals Hall had the task of dethroning defending champion and current world number one David Causier who had won all four events he’d played in this campaign and was undefeated on the World Billiards circuit since his last four loss in the World Championship in Australia in 2019.

However, in one the results of the season, Hall overturned his fellow Englishman 430-398 to pay him back for final defeats at the English and Welsh Opens this term.

Things weren’t getting any easier for Hall, though, as he came up against reigning world champion and five-time Irish Open winner Peter Gilchrist who had seen off India’s Dhruv Sitwala 468-247 in the other semi-final tie.

Hall was not to be denied his 15th world ranking title, however, top scoring with an effort of 195 as he defeated the Singaporean 474-294 in the 90-minute final to pick up his first World Billiards Tour trophy since 2019.

During the groups phase Causier constructed a break of 529 which would stand as the tournament’s highest.

Attention now turns to the sport’s most prestigious short format event – the Macau Casino World Matchplay Championship – which runs at the same venue between Monday to Friday. There will be livestream coverage of table one throughout the five days on the World Billiards’ Facebook and YouTube accounts. Causier is the defending champion.