Stephen Hendry and Michael Judge are the first two winners to emerge from a bumper quarter-finals Friday at the 2020 ROKiT Phones World Seniors Snooker Championship.

Seven-time world professional champion Hendry continues to roll back the years in Sheffield. Fresh from a brilliant recovery against Nigel Bond on Thursday night, the Scot produced another eye-catching display to defeat Aaron Canavan 4-1 in the afternoon session’s first match.

Hendry did have to bounce back from an early setback, though. On a break of 60 in the opening frame he missed a straightforward red and was made to sit as 2018 winner Canavan pounced with efforts of 39 and a 32 clearance to steal it.

However, ‘The King of the Crucible’ quickly rediscovered his stride, looking more like his old-self here as he registered runs of 75, 81 and 53 to claim four consecutive frames and seal a 4-1 victory with a near 95% pot success rate. 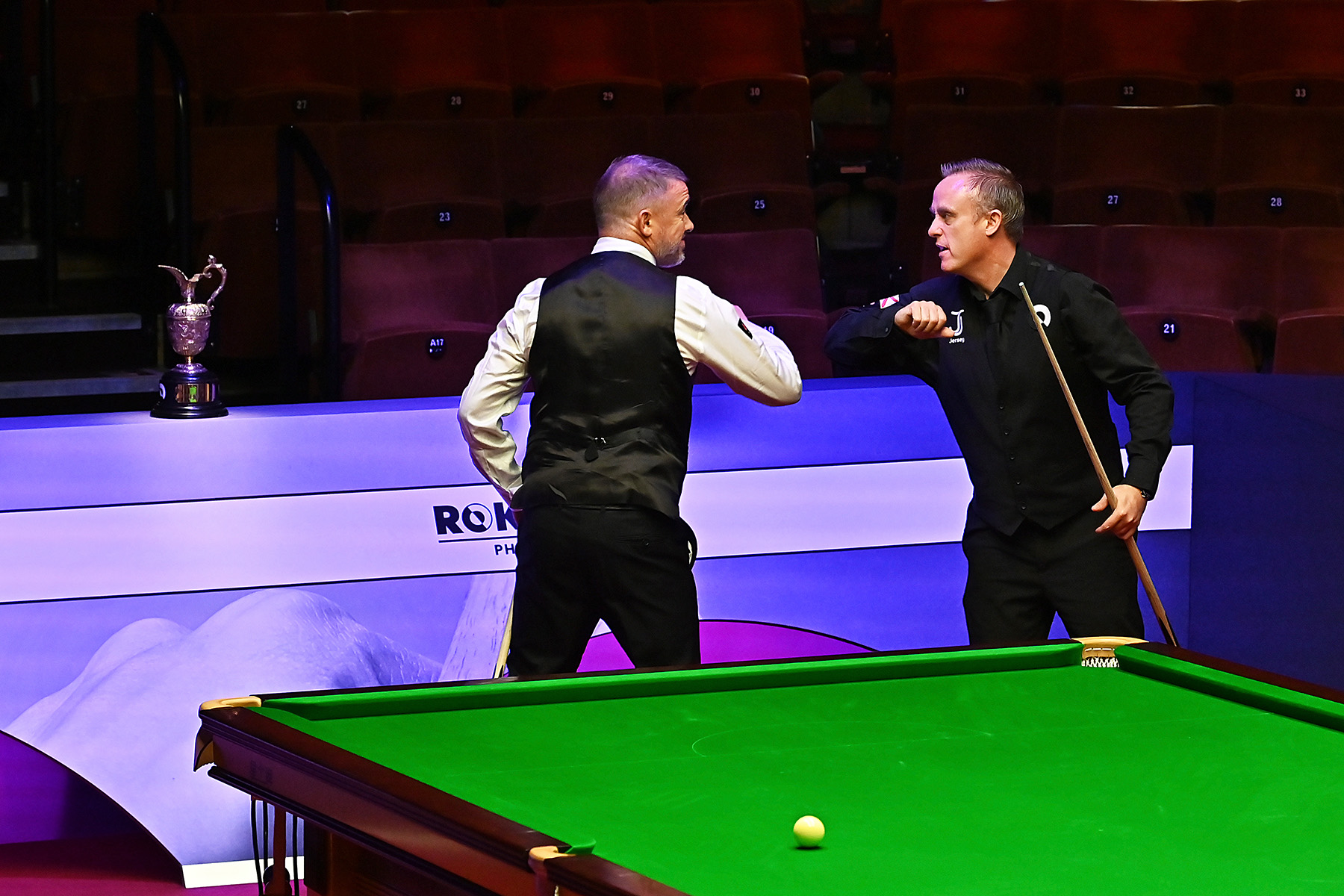 “There was some good stuff in there. I’m lacking match composure, but I’ve been working on some good stuff and my long game was great today. I am happy to still be in.” Hendry said to Rob Walker after the match.

Hendry would face career rival Jimmy White in a romantic semi-final clash should ‘The Whirlwind’ defeat Peter Lines later today. Asked about the prospect Hendry added “Magnificent. It would be amazing to play Jimmy out here again”. 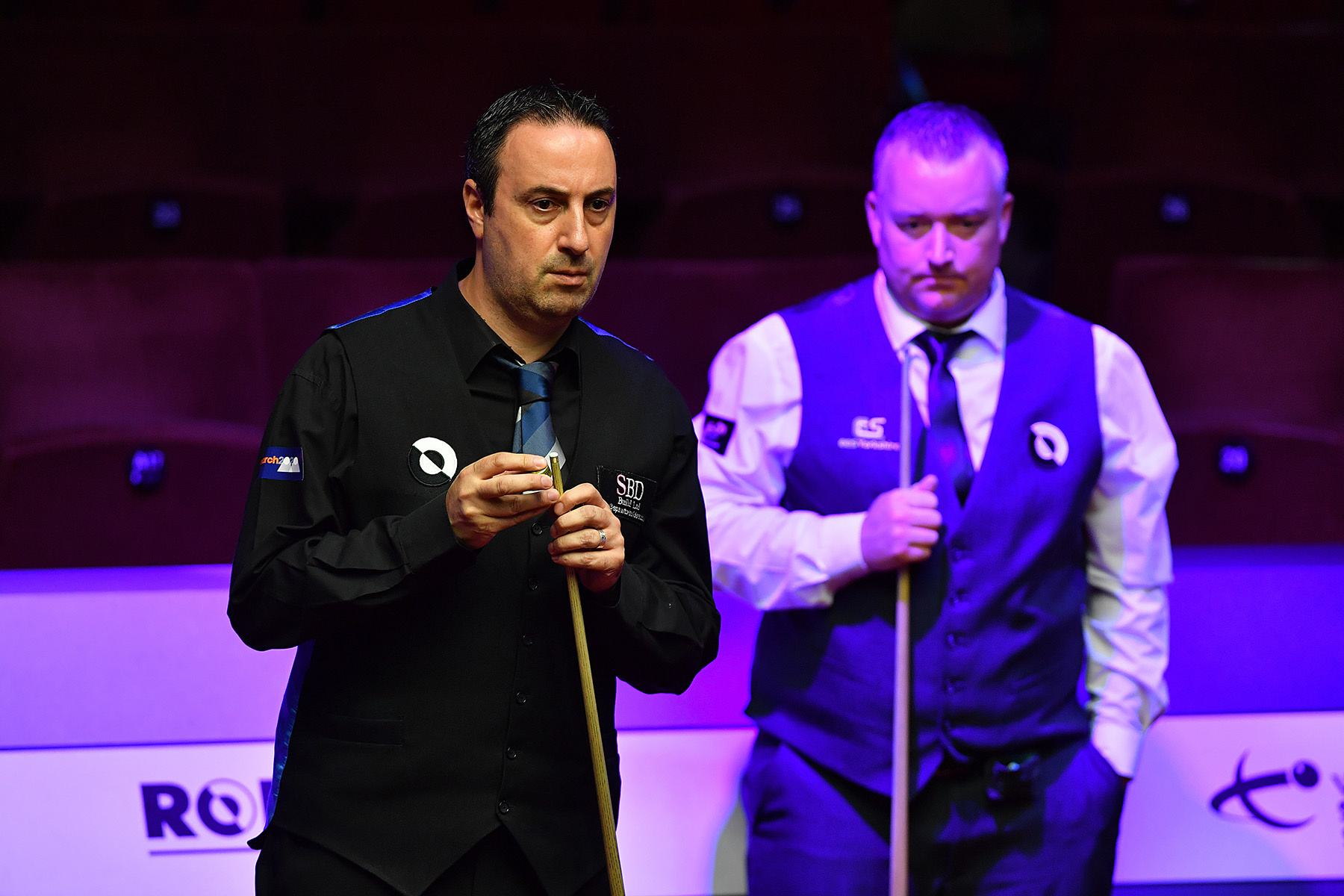 Both players struggled to settle early on, but it was Dubliner Judge who adapted best in establishing a 3-0 advantage. Yorkshireman Cooper managed to avoid the whitewash with a swift effort of 59 in frame four, but Judge decided the outcome in the next – a break of 48 helping him get across the line.

Speaking after the result the former world number 24 said “I kind of put a bit of pressure on my myself because I really didn’t want to miss out on the semi-finals. I felt good coming in, but as I went on even though I was ahead, I started feeling more and more nervous so I was just glad to get over the line and hopefully I can relax tomorrow and play a bit better. I have nothing to lose.”

If Ken Doherty can overcome Darren Morgan later there would be an all-Irish last four affair on Saturday afternoon. Judge practices with Doherty on his table in Dublin and thinking about a potential meeting said “It would be great to play Ken here at the Crucible. It would be an honour, but I think Darren will have something to say about that first.” 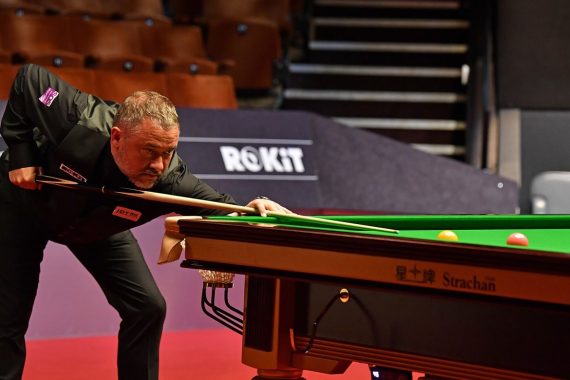