Michael White won his second ranking title by beating Shaun Murphy 4-2 in the final of the Paul Hunter Classic in Fürth.

Welshman White won seven matches to take the £20,000 top prize and double his tally of ranking crowns, having won his first at the 2015 Indian Open.

The 26-year-old from Neath had been on a poor run of form, failing to reach a quarter-final in the past nine months. But White’s game came together in Germany as he knocked out World Champion Mark Selby on his way to the final before beating world number five Murphy.

The player nicknamed Lightning jumps four places in the rankings to 26th.

Defeat for Murphy was his second in a ranking final within five days, as he was denied the China Championship title by Luca Brecel last Tuesday.

White won the opening frame with breaks of 34 and 45. Murphy had a chance to level in the second but missed the last red along the top cushion when trailing by 17 points, and his opponent punished him to lead 2-0.

Murphy pulled one back with a run of 84 but he missed a tricky brown early in frame four which let White in for an 83 to go 3-1 ahead. Frame five came down to the colours and White had a chance to clear from the yellow for victory, but rattled the last black in the jaws of a top corner and left it for Murphy to close to 3-2.

But White put that out of his mind and made a superb 97 in frame six to clinch the title.

“It means the world to me,” said White, who was 3-1 down in his opening match against Adam Duffy and came back to win 4-3. “The last couple of years have been a struggle because I have not competed with the top boys, or even felt that I was able to. But I have put a lot of work in and it has paid off.

“When I missed the black in the fifth frame I didn’t feel that I could make a break after that. I dug as deep as I could.”

Murphy, who banks £10,000, said: “Michael was just better than me from the first shot. This event is special because the fans are the best in the world.”

Earlier in the semi-finals, Murphy came from 3-1 down to beat Jamie Jones 4-3 with breaks of 90, 75 and 77 in the last three frames. White scored a 4-1 win over Mitchell Mann, who had never previously been beyond the last 32 of a ranking event.

Victory for White could also earn him a place in the Champion of Champions in November, though that will depend on results in the remaining qualifying events. 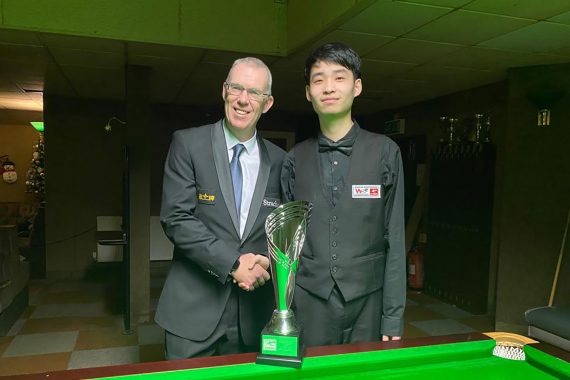 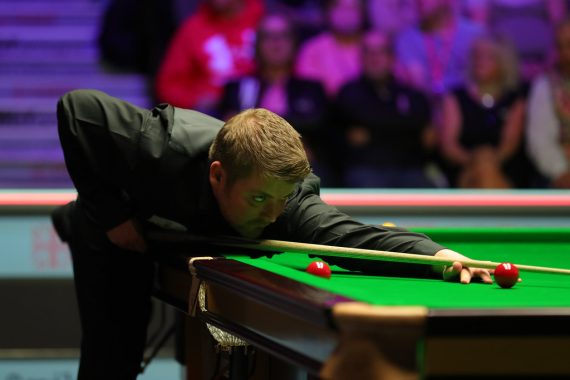