The Scot has enjoyed an illustrious career, spanning 31 years, since he turned professional in 1990. The highlight came at the 1994 Masters, when McManus ended Stephen Hendry’s five-year title winning streak at the London event by defeating him 9-8 in a thrilling final.

McManus won two ranking titles during his career, at the 1994 Dubai Classic and the 1996 Thailand Open. The Glaswegian reached a further five ranking finals on top of those wins.

McManus, who has become a highly respected TV pundit and commentator in recent years, has struggled to produce his best form this season, which has seen the tour head behind closed doors due to the coronavirus pandemic. He’s notched up just 11 match wins and has failed to go beyond the last 64 of any ranking event.

This afternoon’s encounter saw McManus start brightly, crafting breaks of 61 and 66 on his way to establishing an early 2-1 lead. Bai restored parity to head into the mid-session all-square, before McManus once again edged ahead to lead 3-2.

From there China’s Bai took control of proceedings. Four frames on the bounce, including breaks of 102 and 54, saw him storm to the 6-3 victory. The win kept Bai’s hopes of tour survival alive and ended an era for McManus. Afterwards he admitted that the opportunity to explore his broadcasting career further played a role in his decision.

“I made the decision before Christmas for a number of reasons,” said 50-year-old McManus. “This year has been pretty tough and I’m working on TV at tournaments as well. I’ve not been able to play and practise. If this continues then there is no point in me playing. I’m pretty happy with the decision.

“I really love the television work. It is a privileged position to have and it has just been really difficult doing both. I’ve always thought 50 was a good number. It is a young guy’s game and you have to face up to that. I don’t have a problem with that though, it is all fine and well.

“For me it isn’t so much a results game. For me it is the experience and that is what I take from it. Results and beating someone isn’t my thing. I had getting to the semi-finals of the World Championship five years ago and that was pretty cool. 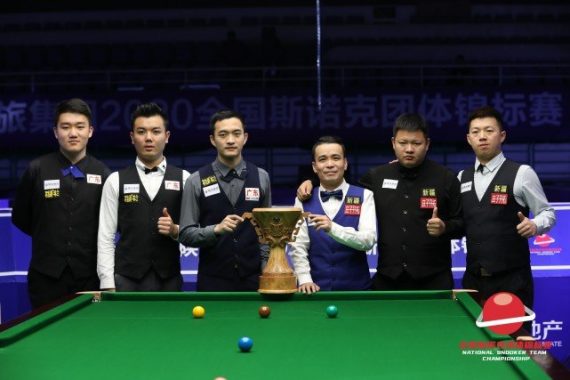