The match had looked set to go all the way to a decider, before Murphy miscued on 29 whilst among the balls at 8-7 down. Allen pounced and went about compiling a match winning break. However, he appeared to have missed a pink to the middle, only to fluke it in the corner. The Northern Irishman made the most of his good fortune and completed a clearance of 83 to take home the title.

The £70,000 winner’s cheque cements his place at the top of the one-year money list. The 32-year-old has now earned £353,000 in ranking competition so far this season.

The Pistol will now turn his attentions to the defence of his Masters title next month, when he returns to Alexandra Palace in London for the elite 16-man invitational event, which he won at the start of the year. 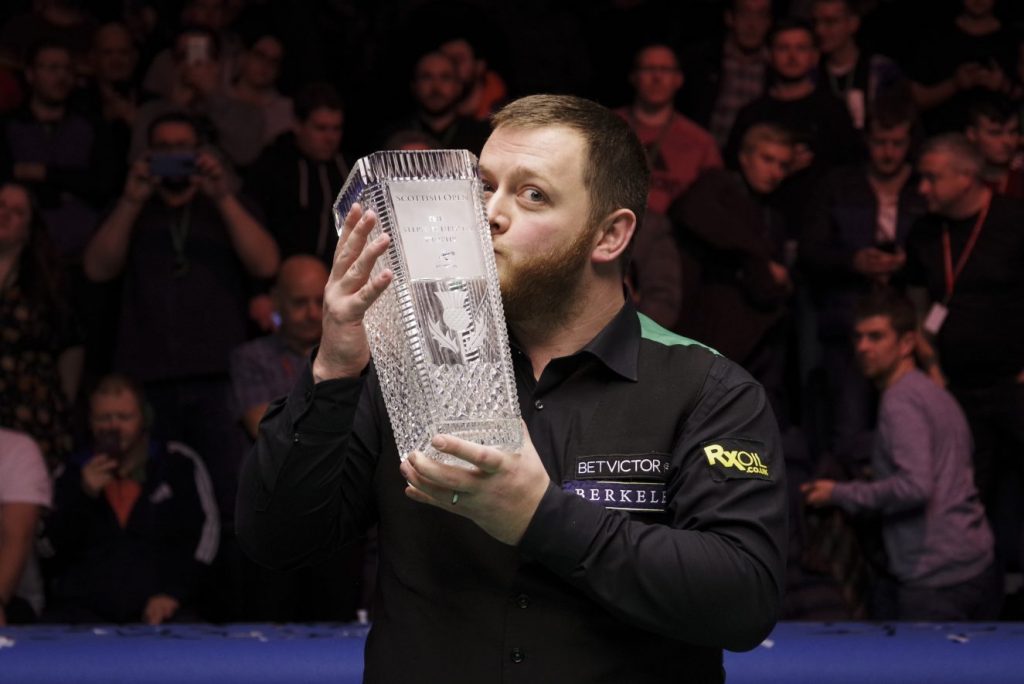 This week represents a significant return to form for 2005 World Champion Murphy. The Magician had looked to be in trouble in the race to be at February’s World Grand Prix. Only the top 32 players in the one-year list qualify, with Murphy coming into this week ranked 65th. However, the £30,000 runner-up prize will act as big boost to his chances, moving him up to 31st.

It was Northern Ireland’s Allen who took command in the afternoon session, he fired in breaks of 82, 64 and 70 to come from 3-2 down to lead 5-3 heading into tonight.

The evening saw Allen extend his advantage by taking the opening frame. However, Triple Crown winner Murphy wasn’t going down without a fight. He claimed three frames on the bounce, including a sublime 115 break in the 12th to go into the last mid-session interval all-square at 6-6.

The Magician then took to the front making it 7-6, but it was the Pistol who found another gear as the finish line came into sight. Breaks of 66 and 134 took him one from victory and he secured the win with that dramatic run of 83 to win 9-7.

“As the match went on, I got stronger. At 7-6 down I produced some good snooker,” said Allen. “Shaun will probably rue a few missed chances, as his long game was ridiculously good today. He created a lot of good opportunities which he didn’t quite convert into frame winning chances.

“I was playing with my little girl in the mid-session interval. I just kept her occupied for 15 minutes. I miss her a lot and she obviously misses me a lot seeing her reaction when I came in. It actually completely relaxed me.

“We all know how good every player is when it comes to the Masters. There are no easy matches and I will need to perform to my very best to try and defend my title.”

Afterwards a disappointed Murphy looked to his miscue in the 16th frame, when in position to take the match into a deciding frame.

Murphy said: “A miscue is a bad shot. There is nothing unlucky about that. I had my chance to make it 8-8 and I scored 29 points. If you look at the great champions and legends they seize those opportunities. Perhaps that is why I don’t have the same trophy cabinet that some of them do.”