The Wizard of Wishaw 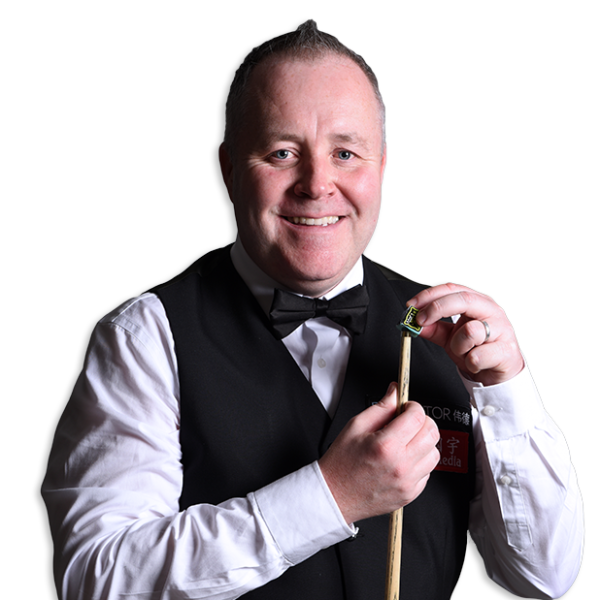 Scotland’s John Higgins is a four-time winner of the World Snooker Championship renowned for the strength of his all-round game which has kept him at the top of the sport for almost 30 years.

Higgins stands alone in third place on the all-time list of ranking event winners with 31 titles, behind only Stephen Hendry and Ronnie O’Sullivan.

In December 2019 Higgins compiled his 776th career century break, taking him past Hendry into second place on the all-time list behind O’Sullivan. He also stands behind only O’Sullivan with 11 career maximum breaks, most notably at the World Championship where he became the first player since Hendry to make a 147 at the Crucible Theatre, eight years prior.

He has been world number one on four separate occasions and has enjoyed an unbroken spell amongst snooker’s top 16 since the start of the 1995/6 season.

In 2001 Higgins became the first player to win the opening three tournaments of the season and in 2007 compiled the 1,000th century break to be made at the Crucible Theatre during his World Championship semi-final against Stephen Maguire. 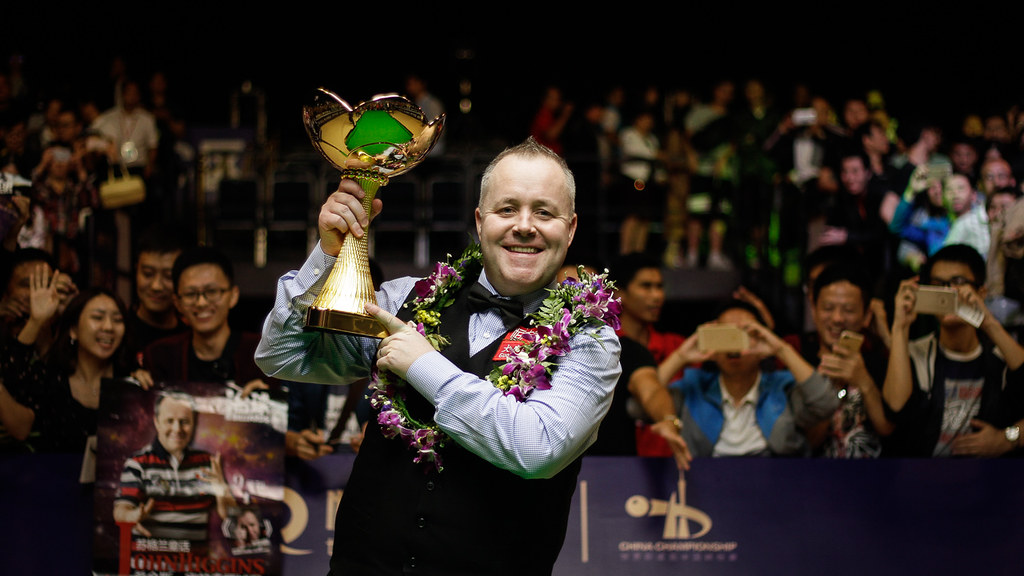 A winner of the 1991 World Masters as an amateur, Wishaw’s Higgins turned professional at the start of the 1992/3 season, reaching two ranking quarter-finals during his first two seasons.

The 1994/5 season was to herald his big breakthrough as he become the first teenager to win three ranking events in one season, capturing the Grand Prix, British Open and International Open tournaments. He also reached the final of the Welsh Open and invitational Masters tournaments as he broke into the top 16 for the first time. 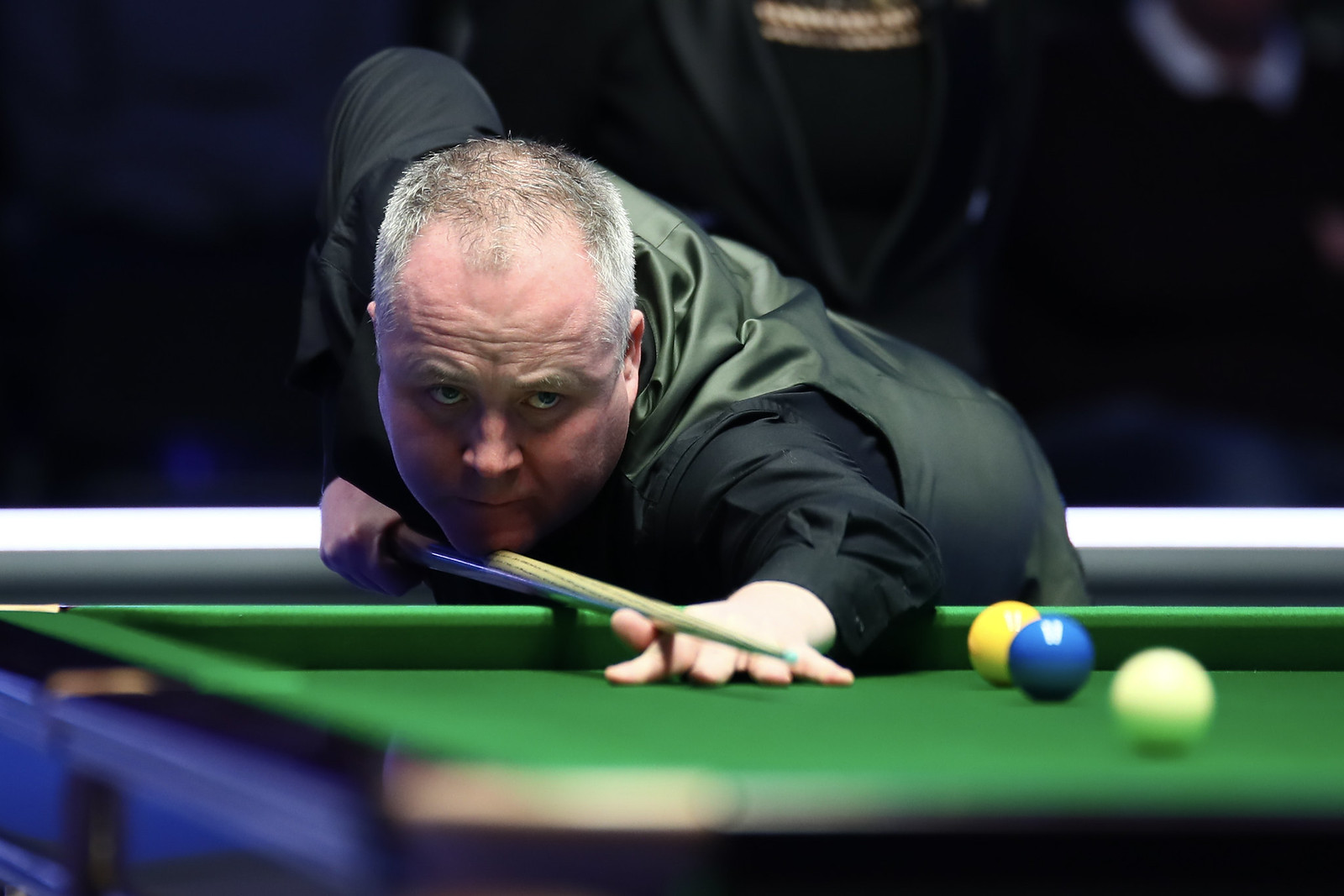 Higgins continued to enjoy success as he added a further five ranking event titles to his CV over the next three years before he became world champion for the first time in 1998.

At the Crucible Theatre he defeated Jason Ferguson, Anthony Hamilton, John Parrott and Ronnie O’Sullivan, to progress to the final where he defeated defending champion Ken Doherty 18-12 to claim snooker’s greatest prize. In doing so, he also became world number one for the first time replacing compatriot Stephen Hendry.

The following season he went on to win both the UK Championship and Masters to complete snooker’s ‘triple crown’ and become only the third player after Hendry and Steve Davis to hold each of snooker’s three most prestigious events simultaneously.

A second UK title came in 2000, before six months later he reached his second Crucible final, this time losing out to Ronnie O’Sullivan 18-14. 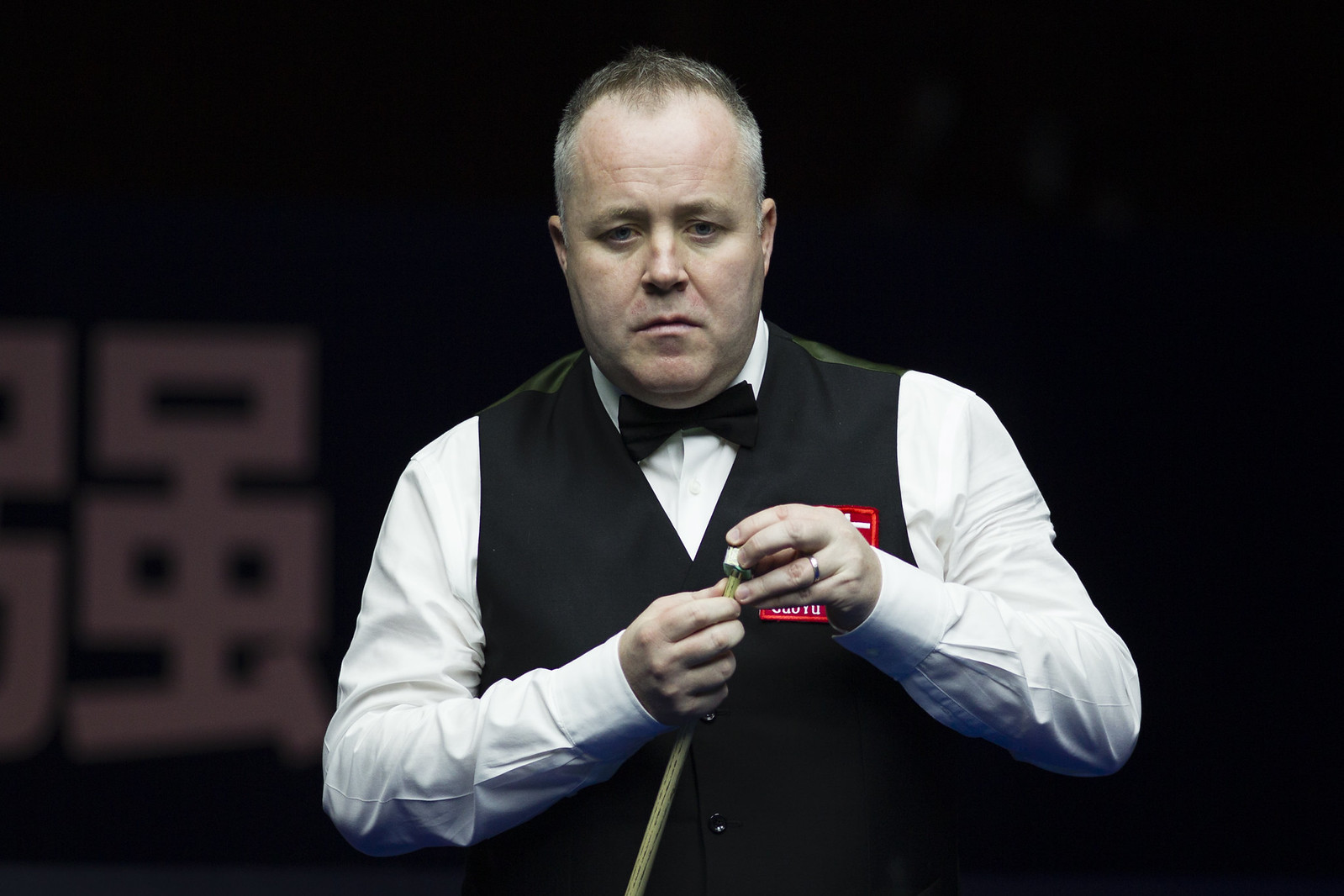 In 2005 he claimed his third Grand Prix title with a then record-breaking performance against O’Sullivan which included a run of 494 unanswered points including four consecutive century breaks.

He then went on to capture his second Masters title in the final staging of the tournament at the Wembley Conference Centre, again defeating O’Sullivan, this time from behind in the deciding-frame with a memorable clearance of 64. 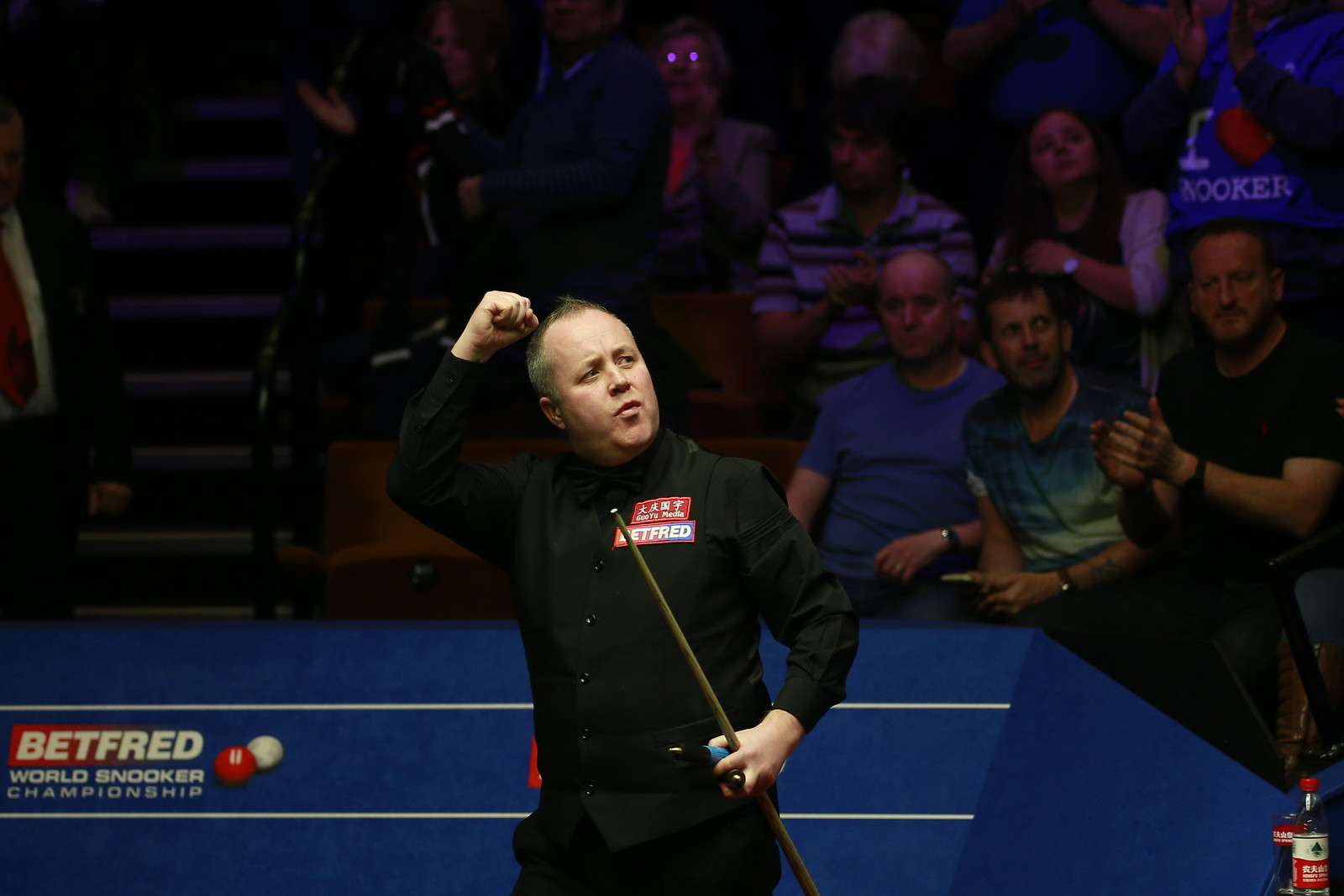 Nine years after he claimed his first world title, 2007 would herald the start of a five-year spell which saw Higgins triumph at the Crucible a further three times.

An 18-13 victory against Mark Selby ended his title drought before in 2009 he completed a career hat-trick by defeating Shaun Murphy 18-9 to win his third.

Arguably his most memorable triumph however would come in 2011 when he defeated rising star Judd Trump 18-15 to at the time become only the third player to have won the World Championship at the Crucible on four or more occasions.

Despite failing to add to his nine triple crown titles since his victory against Trump, Higgins has remained an established force at the top of the sport, claiming a further seven ranking event titles, as well as the Champion of Champions on 2016.

The Scot also reached the final of the World Championship on three consecutive occasions from 2017-2019, losing to Mark Selby, Mark Williams and Judd Trump respectively. In 2021 he made it to the final of the Masters for the first time since his 2016 triumph, losing 10-8 to China’s Yan Bingtao.

In 2019 he joined Stephen Maguire in the Scotland team which claimed glory at the World Cup in China.

Higgins also won the inaugural China Championship in 2016 with a 10-7 victory against Stuart Bingham, as well as having claimed back to back titles in the invitational Championship League event in 2017 and 2018.

He ended a three-year ranking title drought at the 2021 Players Championship, where he sensationally defeated Jordan Brown, Mark Selby, Kyren Wilson and Ronnie O’Sullivan for the loss of just four frames. 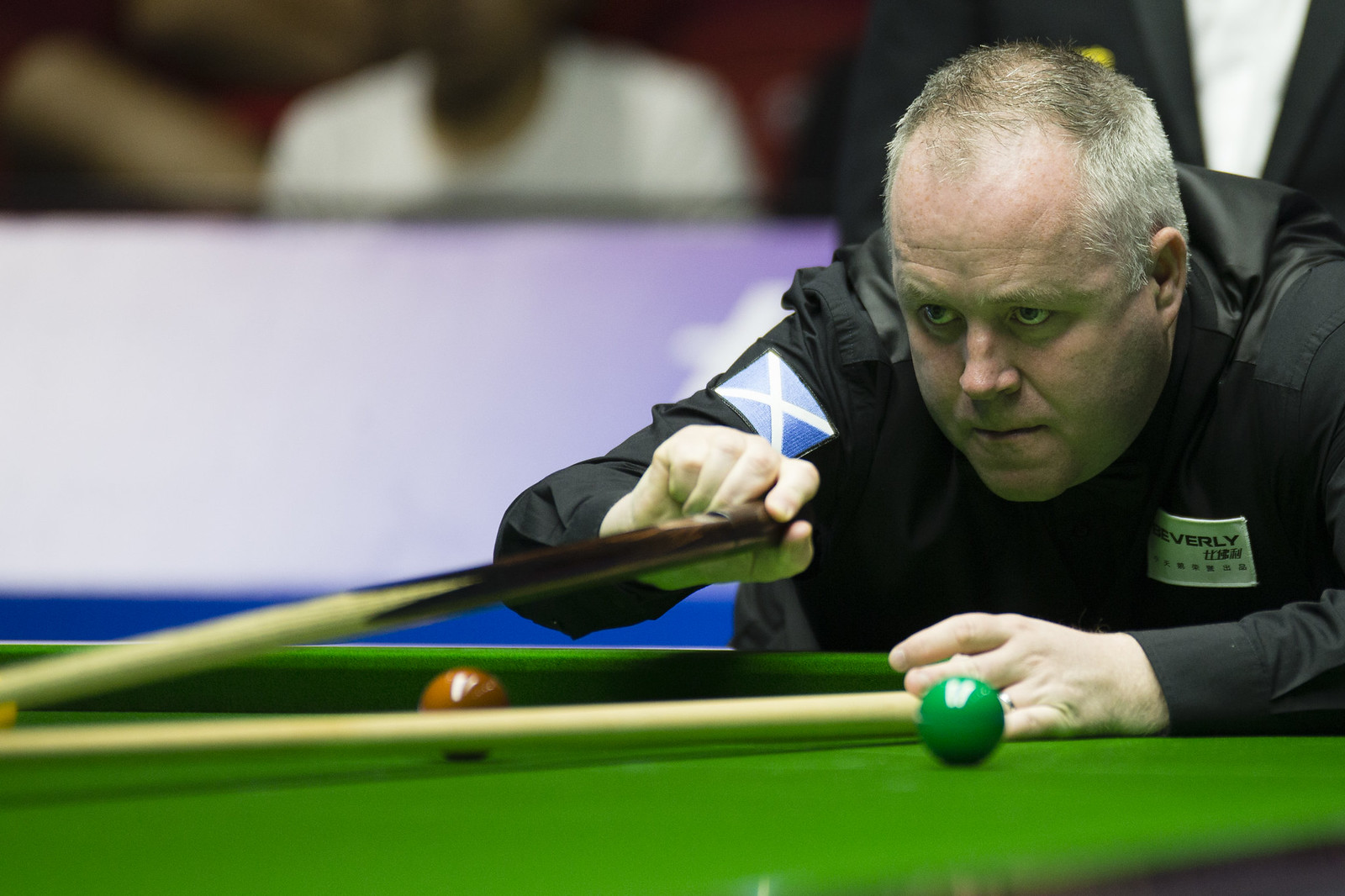