Matthew Selt won the first ranking title of his career, 17 years after turning professional, by beating Lyu Haotian 5-3 in the final of the Indian Open in Kochi.

Romford’s 33-year-old Selt had never previously been beyond the quarter-finals of a ranking event. But he won seven matches this time, notably knocking out defending champion John Higgins in the semis, before coming from 3-2 down in the final to take the last three frames against China’s Lyu. The £50,000 prize is by far the biggest pay-day of Selt’s career.

Ranked 51st in the world, he is the second player from outside the top 50 to win a ranking title within a week. Thepchaiya Un-Nooh was 53rd when he captured the Shoot Out crown last Sunday. Selt’s victory sees him leap 16 places to 35th and he may have earned a spot in the Champion of Champions event in November.

The Essex cueman first turned pro in 2002 and was tipped for the top by mentor Robbo Brazier, a member of Steve Davis’s inner circle during the 1980s. He was relegated in 2005 before returning to the tour in 2007. Selt admits himself that his dedication to snooker has fluctuated over the years as he struggled to fulfil his talent.

In recent seasons he has shown more consistency with the help of coaches Chris Henry and Steve Feeney as well as friend Stephen Hendry. Becoming a father for the first time last year may have matured him on and off the table.  Still, this week’s success comes out of the blue for a player who has reached the last 16 of just one other ranking event this season; the Yushan World Open in August.

Lyu, age 21, had hoped to become the only Chinese player to land a ranking title other than Ding Junhui and Liang Wenbo. Since winning the Asian Under-21 title in 2017 he has climbed the rankings rapidly and the £25,000 runner-up prize brings him to 32nd in the world. The gifted cueman will surely be lifting a trophy before long.

Selt won a tight opening frame by clearing from yellow to pink then went 2-0 up with a break of 84. Lyu fought back to 2-2 with runs of 115 and 56. After the interval, Lyu took the lead with a break of 66 then Selt restored parity with a superb 102.

Both players had chances in the seventh frame but Selt crucially took it with another yellow to pink clearance to edge 4-3 ahead. And a run of 72 in the next proved enough for the title.

“I’m absolutely delighted,” said Selt. “I still feel quite calm and relaxed but I’m really proud of what I have achieved. I went to bed last night thinking I could be going home with the trophy, and now it’s a dream come true to win such a prestigious event. I felt calm all week and I don’t know why.

“Going into the final, neither of us had been in that situation before, so it could have been a nervy, scrappy match. But I don’t feel I can play much better than that. In the balls I was clinical, and in the last frame I had a chance to win it and took it. It was a really enjoyable final.”

Asked about Hendry’s influence, Selt said: “It’s nice to have him there. No one was more used to winning than him. I haven’t spoken to him that much this week but little words here and there help me out. I’m known for being quite loud and outgoing but I feel very humble now because deep down I wasn’t sure I’d ever win a title. I can’t wait to get back and see what he says to me.

“I got to number 19 in the world a few years ago and then went down to 64th. It has been frustrating to see other players do what I wanted to do. There’s always a reason why it’s not happening. I made some drastic changes, I moved back to Essex (from Nuneaton) so I could be around better players. Working with both Chris Henry and Steve Feeney has been a big help. And a few weeks ago I spoke to (fellow pro) Peter Lines who always gives me good advice.  I changed something drastically in my technique which is helping me under pressure.

“I would love to win my next title with my son Parker in the crowd. At least I can go home now, give him the trophy and pay his nursery fees!”

The snooker circuit rolls on with the Coral Players Championship in Preston, starting on Monday evening. 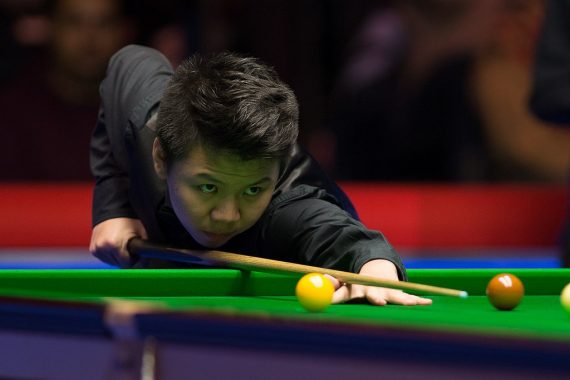 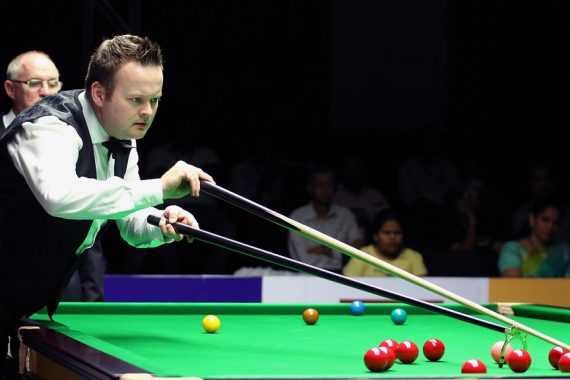