Recognised since his junior days as a massive talent, China’s Zhao has taken the first step towards fulfilling his promise by winning snooker’s second biggest ranking event. At the age of 24, he is the youngest winner of the UK Championship since Judd Trump in 2011. 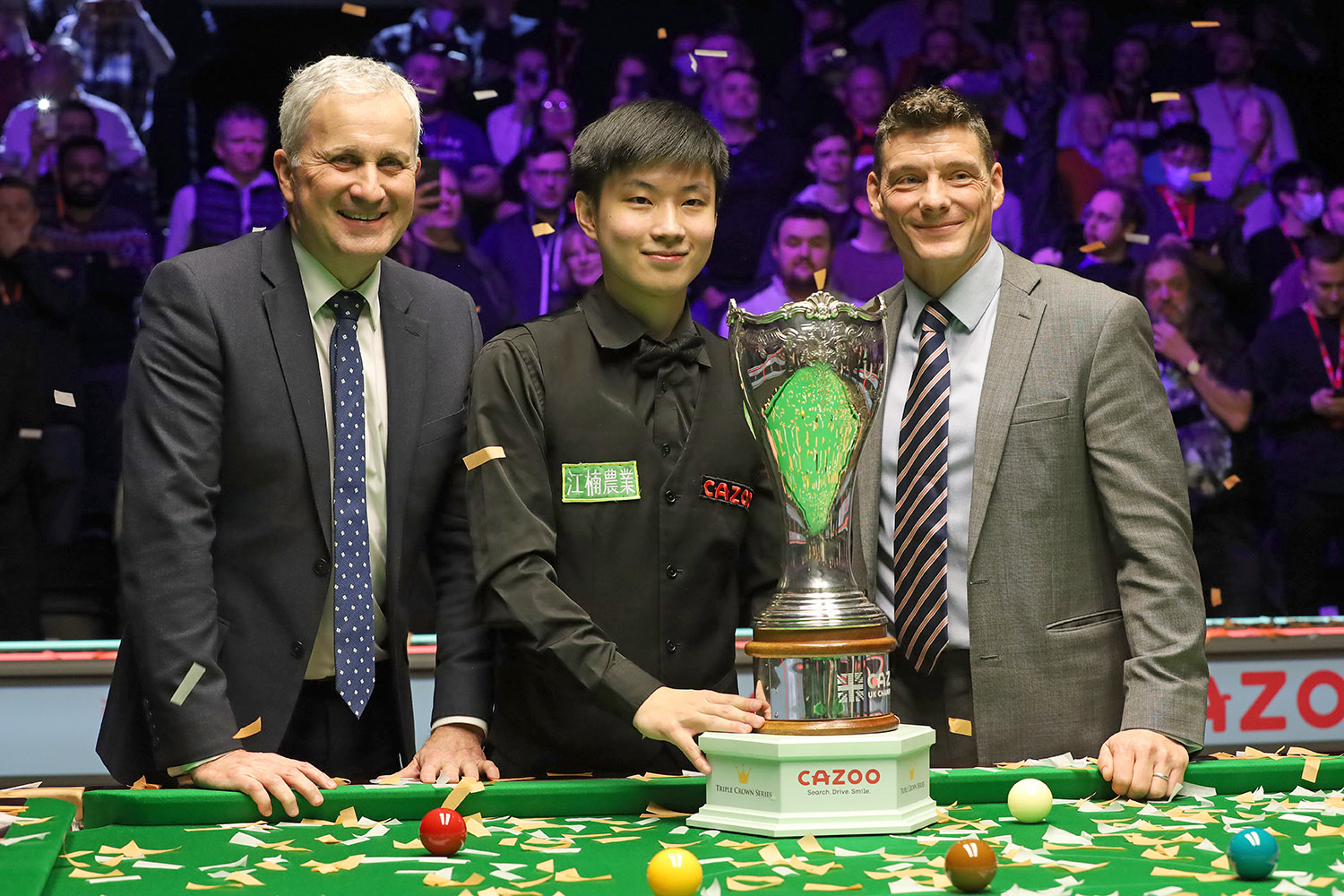 The manner of Zhao’s victory underlines his potential: his break-building class, positional sophistication, pure ball striking and unflappable temperament are all attributes of great champions. Whether he can become a regular winner in the sport’s toughest era remains to be seen, but tonight’s success has the feeling of a major breakthrough for the left-hander.

In the world rankings he leaps from 26th to tenth and earns a Cazoo Masters debut against John Higgins next month. Zhao’s other spin-offs include a spot in next year’s Cazoo Champion of Champions and almost certainly a place in all three Cazoo Series events this season. 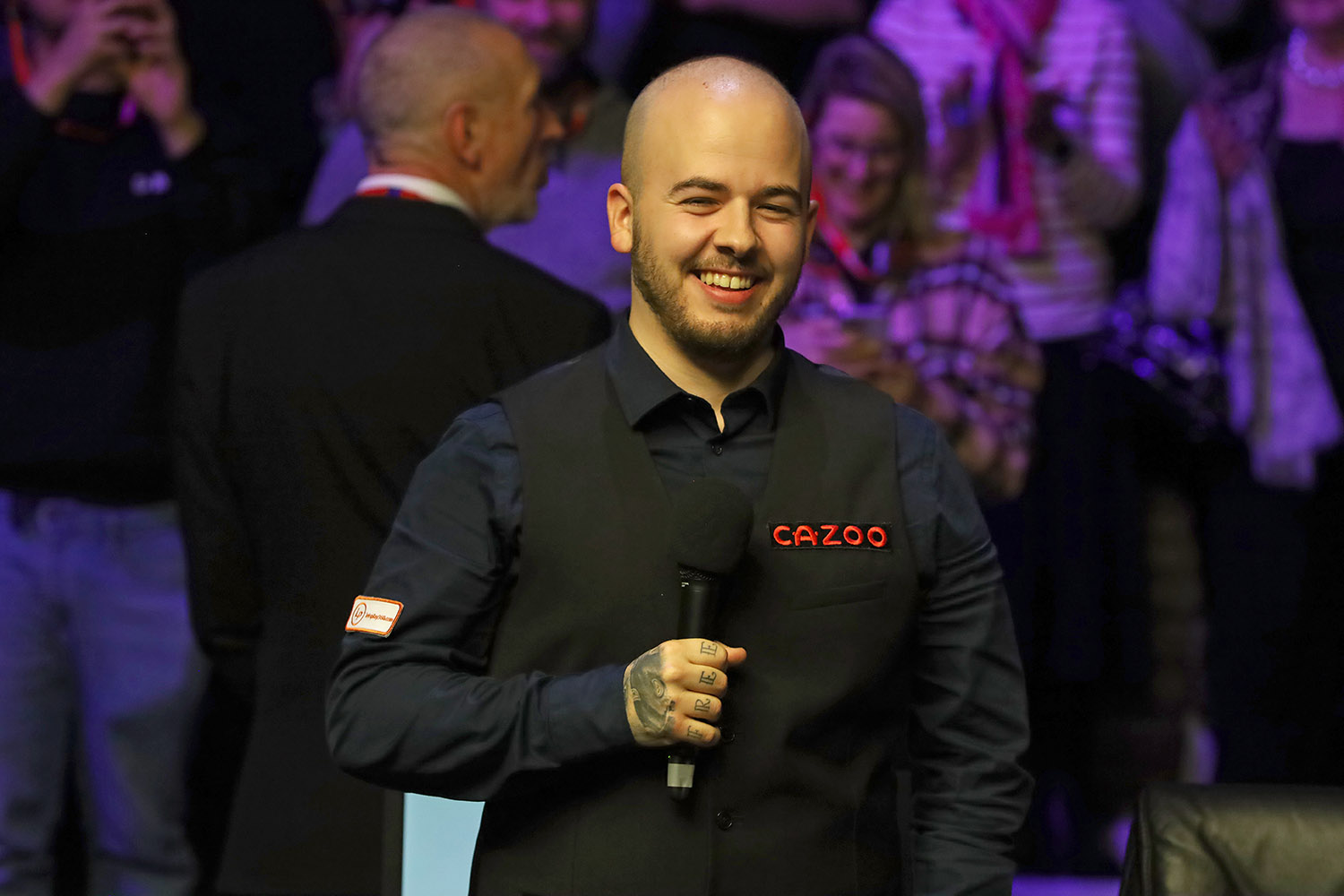 Belgium’s Brecel was the first player from mainland Europe to compete in a Triple Crown final, but missed his chance to double his tally of ranking titles, having won the China Championship in 2017. After his tremendous display in beating Kyren Wilson 6-4 in the semi-finals with four centuries, the 26-year-old couldn’t reproduce the same level in the final and was outplayed for most of the contest. The runner-up prize of £80,000 vaults him from 40th to 18th in the rankings.

Leading 5-3 after the first session, Zhao extended his lead in the first frame tonight as a long red set up a break of 87. Brecel had a chance to counter in frame ten but made just 9 before missing the pink to a top corner, and Zhao punished him with 120, his sixth century of the tournament, to lead 7-3.

In frame 11, Zhao made 27 before missing the pink to a centre pocket, and Brecel gained a much-needed foothold with a run of 64 to close the gap. But the Belgian missed a long red early in the 12th and his opponent capitalised with a run of 56 which proved enough to go 8-4 ahead. 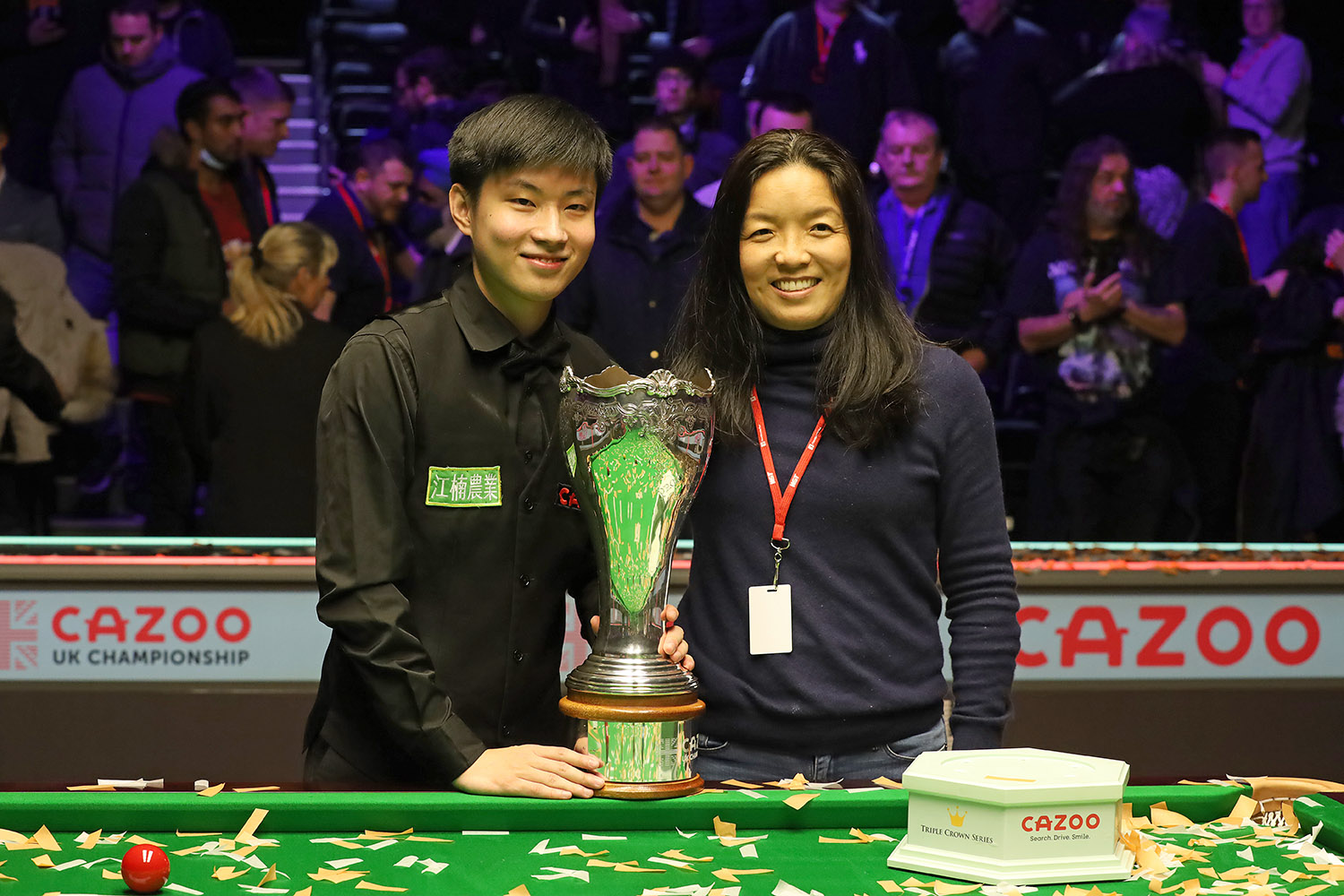 Brecel reduced his deficit after the interval with a break of 81. Frame 14 came down to a safety exchange and Zhao, leading 28-19, trapped his opponent in a tough snooker behind the yellow, creating the opportunity for a break of 43 which put him four up with five to play. There were no signs of nerves for Zhao and nine minutes late the contest was over as he signed off with a break of 99.

“I’m so happy tonight, it’s my dream come true,” said Zhao. “I was confident because when I practise, I think that I can do anything, so I wanted to be the champion. It was very enjoyable at the end, the moment was so nice, I will remember it.

“I think this could be my new start, I can have more confidence to win more tournaments. I trust I can do it because it was my first time in the final and I won the trophy.

“I’m going to go home, get a good sleep, and maybe tomorrow do karaoke…I will sing We Are The Champions! I will try next year to be World Champion.”

Brecel said: “Zhao didn’t give me many chances. He potted a red three times from my break-off and they were 80 or 90 breaks. When I got chances I missed a couple. I thought at the end he could crumble, but he didn’t and just played the same stuff so hats off to him. He’s only 24, he’s in the top ten now and he will stay there until he dies, simple as that.

“I don’t think I’ve seen someone play so good for so long, he just played the same the whole way through and was just amazing. It would be good if me, Zhao, Jack Lisowski and Judd Trump were all in the top 16, I think it’s good for snooker and exciting I shouldn’t be too down on myself, I had a good week. It’s just a shame I didn’t play my best in the final.”