The China Open in April will become the only snooker event other than the World Championship to hit the £1 million prize money mark, thanks to a new four-year agreement between World Snooker and joint promoters Star Xing Pai and Beijing Fuhua Culture Tourism Development Ltd. Co.

The final of the tournament will be best of 21 frames for the first time. It will be televised by CCTV, Eurosport and various other broadcasters worldwide.

The China Open has been staged in the country’s capital every year since 2005. Ding Junhui won the title that year as an 18-year-old, helping to spark a surge of interest in snooker in China. Since then top stars including Judd Trump, Neil Robertson and defending champion Mark Selby have lifted the trophy.

World Snooker Chairman Barry Hearn said: “We are delighted to be working with Star Xing Pai and Beijing Fuhua for the first time on what will be a truly magnificent China Open event. For many years the Gan family and their organisation Star Xing Pai have shared our vision to bring our sport to a new dimension, and they have been outstanding supporters of snooker over the past decade.

“This is a fantastic announcement which establishes the China Open in Beijing as the flagship tournament in Asia. It’s remarkable to think that back in 2005 when this event was first staged, the total prize fund was only £200,000 and the top prize £30,000 – that shows how far we have come in the past 13 years in terms of the growth of snooker in China.

“This is a great deal for the players whose earning opportunities have never been better, and the fans who have this superb event secured for the next four years. We look forward to working with the Star Xing Pai and Beijing Fuhua teams for many years to come.”

There will be a qualifying round  from January 27 to 30 in Barnsley, with players needing to win one match to get through to the final stages. 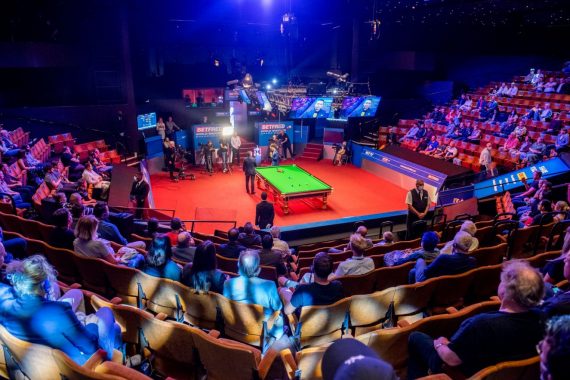