Following last year’s cancellation due to the coronavirus pandemic, American snooker’s biggest tournament returned and was played across four days at the New York Athletic Club.

Brooklyn-based Aly’s latest victory means he overtakes five-time champion Tom Kollins, who passed away last year. Kollins was the inaugural winner of this title in 1991.

Defending champion Aly began his campaign by winning all three round robin matches to top his group and qualify for the knockout phase. There, he eliminated Dharma Hemnani 3-1, Li Hua Chen 4-0 and 2017 winner Raymond Fung 4-1 in the last 16, quarter and semi-finals respectively to reach his ninth final – his sixth in successive editions.

Aly’s opponent in the final was two-time winner Prabhakar who needed to claim the final two frames in order to oust Keith Zhen 4-3 in the last four.

The title match was a repeat of the 2009 and 2011 finals – both of which were won by Aly – although the Californian did defeat Aly in the 2012 semi-finals.

However, Aly was not to be denied in becoming the competition’s most successful player ever as he swept to a comfortable triumph in the final, making breaks of 57, 45 and 76 in the process. 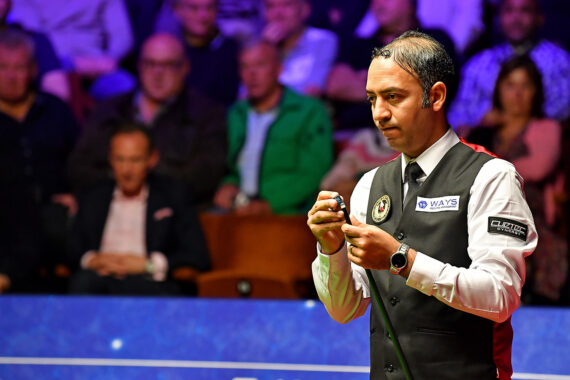