The WPBSA International Round-Up is back with a bumper two-part new year edition looking back at recent national championships that have taken place across the globe within the past few months.

In Part One, we look at events in Trinidad & Tobago, Latvia, Finland, Croatia and Switzerland. 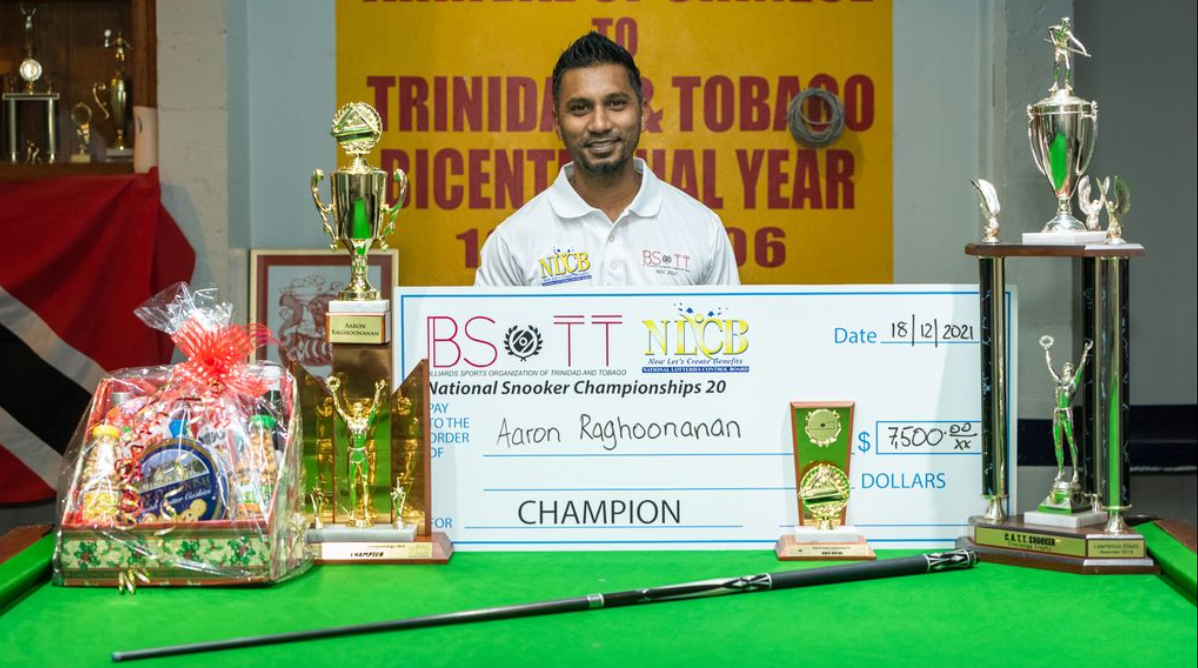 Aaron Raghoonanan defeated Lyndon Ramkissoon 4-1 in the final to win the Trinidad and Tobago National Snooker Championship for the first time.

Held at the Chinese Association Headquarters in St. Anns, this was the second edition of the tournament organised by the Billiards Sports Organisation of Trinidad and Tobago (BSOTT).

This year’s format changed to a two-phase round robin followed by a last 16 straight knockout to provide entries more playing time. The competition took three months to complete.

Raghoonanan – a 33-year-old from San Fernando – went a few steps further than his fourth-place finish in 2020. Having come through the groups, he defeated Ravi Goorah 2-0 and Wayne Rattansingh 2-1 in the last 16 and quarter-finals respectively, before crafting a break of 56 as he denied Adrian Mora 3-0 in the last four. That particular break is a record for a BSOTT event.

Ramkissoon didn’t participate in the inaugural staging but certainly made a statement here, eliminating the 2020 runner-up Damien Bisnath 3-1 in the other semi-final. However, the title would prove a bridge too far for him.

Bisnath ousted Mora 3-2 in the third/fourth-place playoff whilst Prahalad Ramhit defeated Sunil Chankersingh in the ‘plate’ final for those that didn’t reach the main event knockouts.

The finals were watched by T&T Olympic committee and government officials. 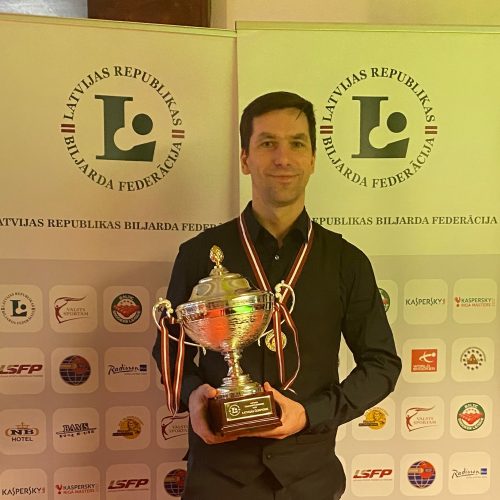 Maris Volajs won the Latvian National Snooker Championship for the second time in his career after he triumphed at the A1 Hotel in Riga.

Volajs – who claimed his maiden national title in 2015 – defeated Aleksandrs Moskins and 2019 champion Arturs Kengis both 4-0 in the last 16 and quarter-finals respectively. The 40-year-old then chalked up the final two frames to deny Anna Prisjaznuka 4-2 in the last four.

His opponent in the title match was maiden finalist Filips Kalniņš. The 16-year-old dethroned defending five-time champion Rodion Judin in the semi-finals, coming back from 3-1 down to succeed 4-3.

However, the trophy would be one step too far, as Volajs broke from 4-4 to run out a 7-4 winner. 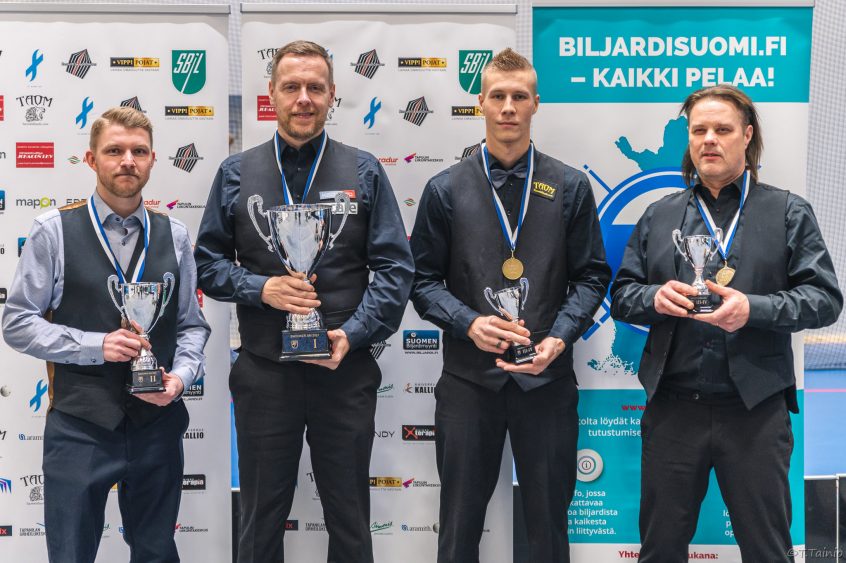 Organised by the Finnish Billiards Federation, this year’s championship was held towards the end of the year instead of its normal slot in the spring.

Split into two phases, 57 players entered this year’s event. Defending champion Hull comfortably progressed through the early rounds to become one of the four players who qualified for the finals that were held the following week at the Tapul Sports Centre in Helsinki. Snooker was part of a wider cuesports festival in the capital, which featured the national championships in a variety of table disciplines.

In a repeat of the previous year’s final, Hull dispatched former European Amateur Championship finalist Heikki Niva 4-0 in the last four and then crafted a break of 138 as he denied Iiro Sirkki 4-1 in the final. 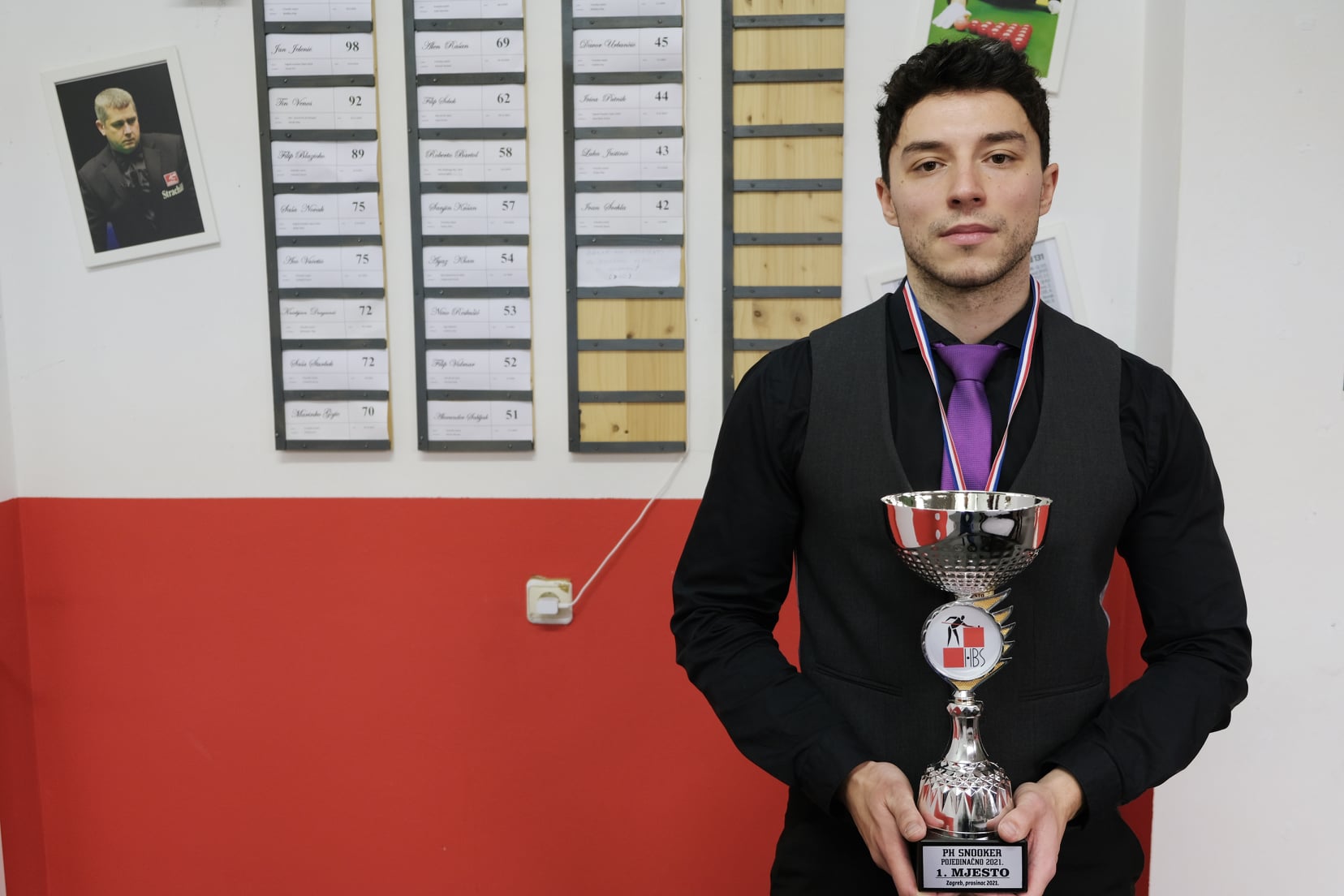 Tin Venos defeated Filip Bermanec 5-1 in the final to win the Croatian National Snooker Championship for a fourth time.

Hosted by the Nugget Snooker Club in capital city Zagreb, the tournament featured an initial double elimination phase followed by straight knockouts from the quarter-finals onwards.

Venos won all three of his matches to reach the last eight where he defeated Marko Rkman 4-1, Alen Rasan 4-0 and then Bermanec. 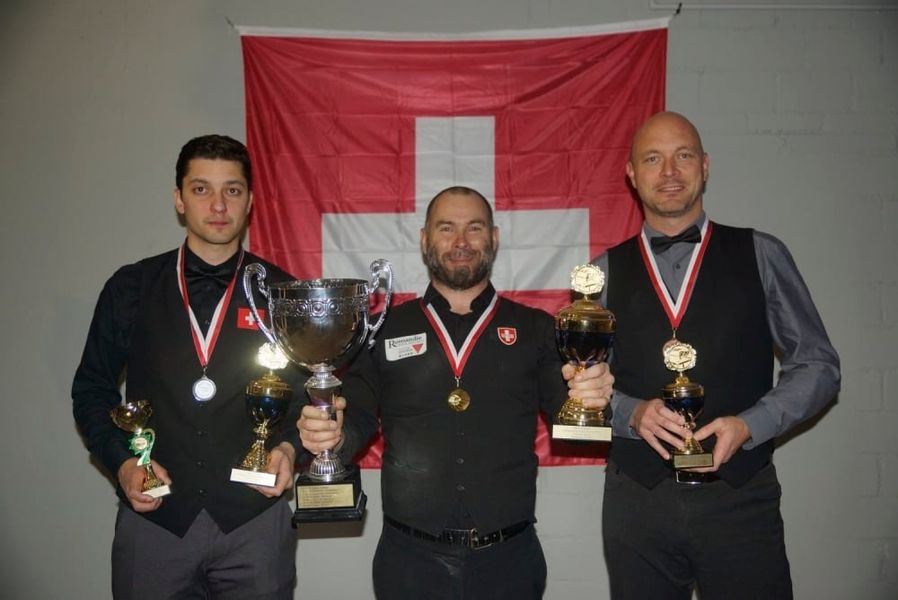 The top eight ranked players from the nation’s premier domestic league travelled to the Kiss Shot Klub in Staufen to contest the concluding stages of the championship.

Number one seed Fulcher dispatched Thomas Grendelmeier 5-0 and then constructed a 71 break on his way to defeating Daniel Meyer 5-1 in the semi-finals.

Vergere had come through a five-hour semi-final to reach the final, but he started well, moving 2-0 up before recovering from a sizeable deficit in the third – helped by a break of 50 – to further extend his lead.

Fulcher claimed the next two frames to get on the board although Vergere moved one frame away from lifting the trophy for the first time as he won frame six with the aid of a 56. However, more drama was to come.

Vergere held a 50 points advantage in frame seven before later potting ‘match ball’ to leave his opponent needing penalty points. Fulcher, though, did get the additional points he required, potted the remaining balls to tie and then sank the re-spotted black.

The 47-year-old carried on this momentum, claiming the final two frames – the last on the colours – to record an epic 5-4 victory and this title for a fourth time after previous wins in 2004, 2017 and 2018. The latter of those also included a final defeat of Vergere.

In a reversal of the outcome from the last final played two years ago, Jenson Schmid defeated Dan Salzmann to win the Swiss Youth Snooker Championship. 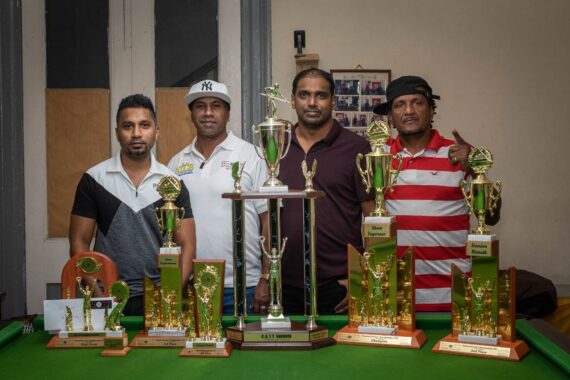 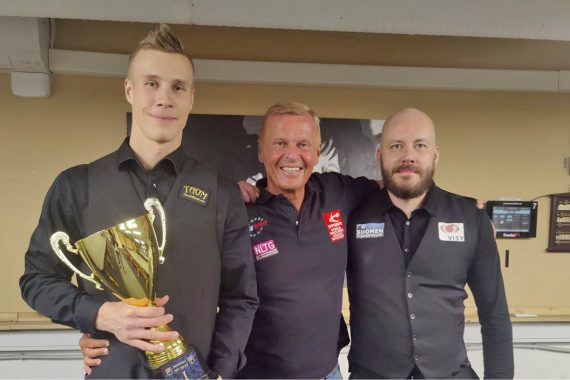