Jimmy White became the first player in history to successfully defend the ROKiT Phones World Seniors Snooker Championship after he conjured up an astonishing comeback to oust Ken Doherty 5-4 in an epic final at the Crucible Theatre.

‘The Whirlwind’ pockets a £15,000 first prize and a coveted place in the Champion of Champions later this year. Having initially won the title in 2010, this is a record-extending third time he has captured the ultimate prize on the seniors circuit.

Hopes of retaining the trophy looked all but over for White and his adoring legion of fans during the first half of what would be an unforgettable night of action in Sheffield.

Aiming to create history himself by adding a seniors crown to the junior, amateur and professional world championships he has collected during his illustrious career, Doherty appeared to be coasting to victory before the mid-session interval.

It was one-way traffic from the Irishman, who capitalised on his opponent’s inability to settle down by compiling breaks of 93, 46, 44 and 56 to take a 4-0 lead into the break and move just one away from glory. However, as is so often the case, the interval swung the match dramatically.

White refused to relinquish his title; a run of 42 in frame five got him on the board, and he continued to grow in confidence as he halved the original deficit with a decisive 44 in the next. 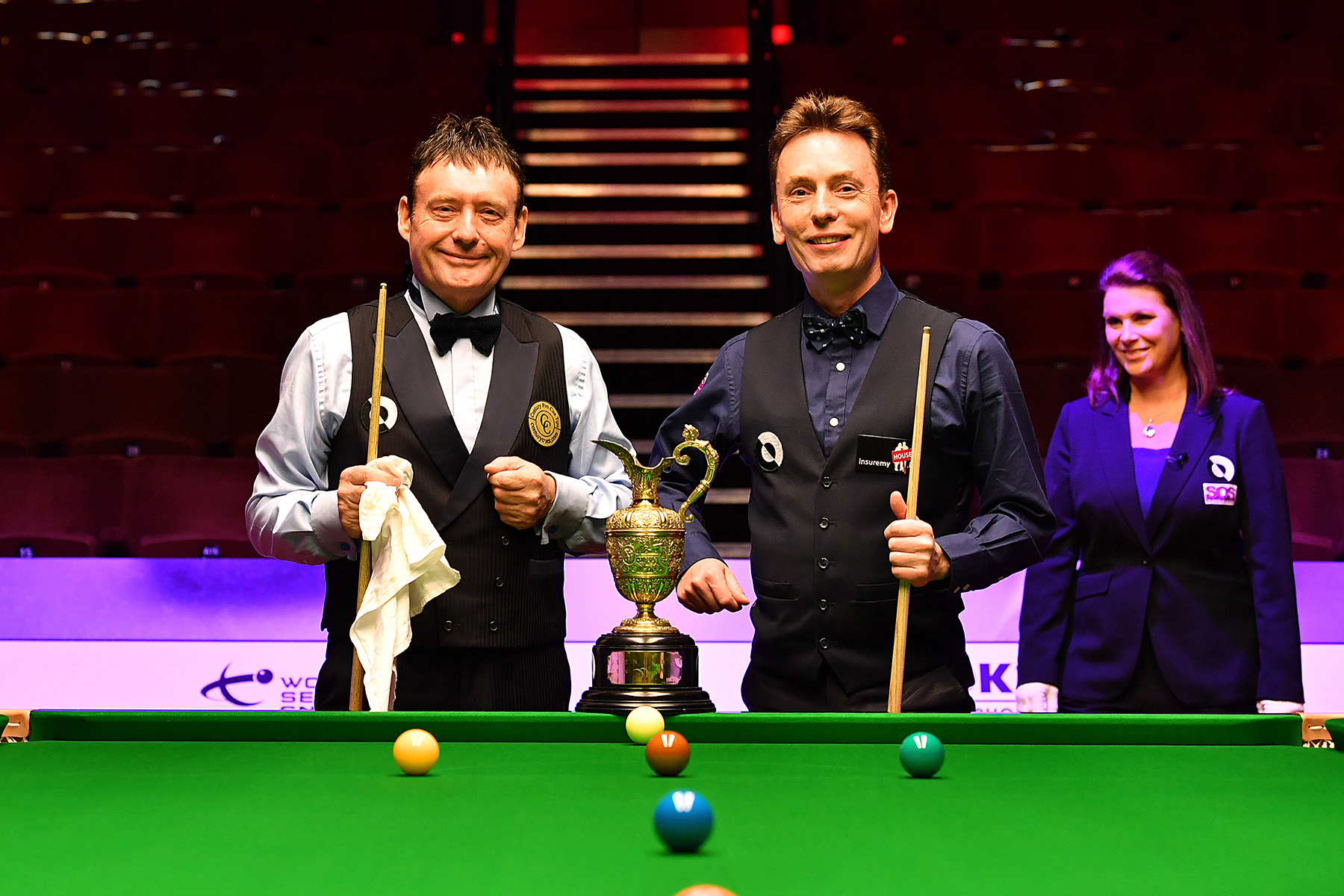 Momentum had visibly shifted and the unlikely recovery continued in a dramatic seventh frame. Both players had glorious opportunities to claim it on the colours – White missed a blue into the corner pocket, whereas Doherty failed to pot a tricky match ball pink with the rest after he misjudged his position from the blue. The reigning champion subsequently kept his nerve to sink the remaining two balls and get back within one.

With the tension rising, an unsteady Doherty broke down from a good position on a break of 32 in frame seven and White punished with a counter-attacking effort of 79 to force it all the way. The Englishman – who has painful memories of deciding frame defeats at the Crucible Theatre – then completed the seismic recovery in style with a break of 85. 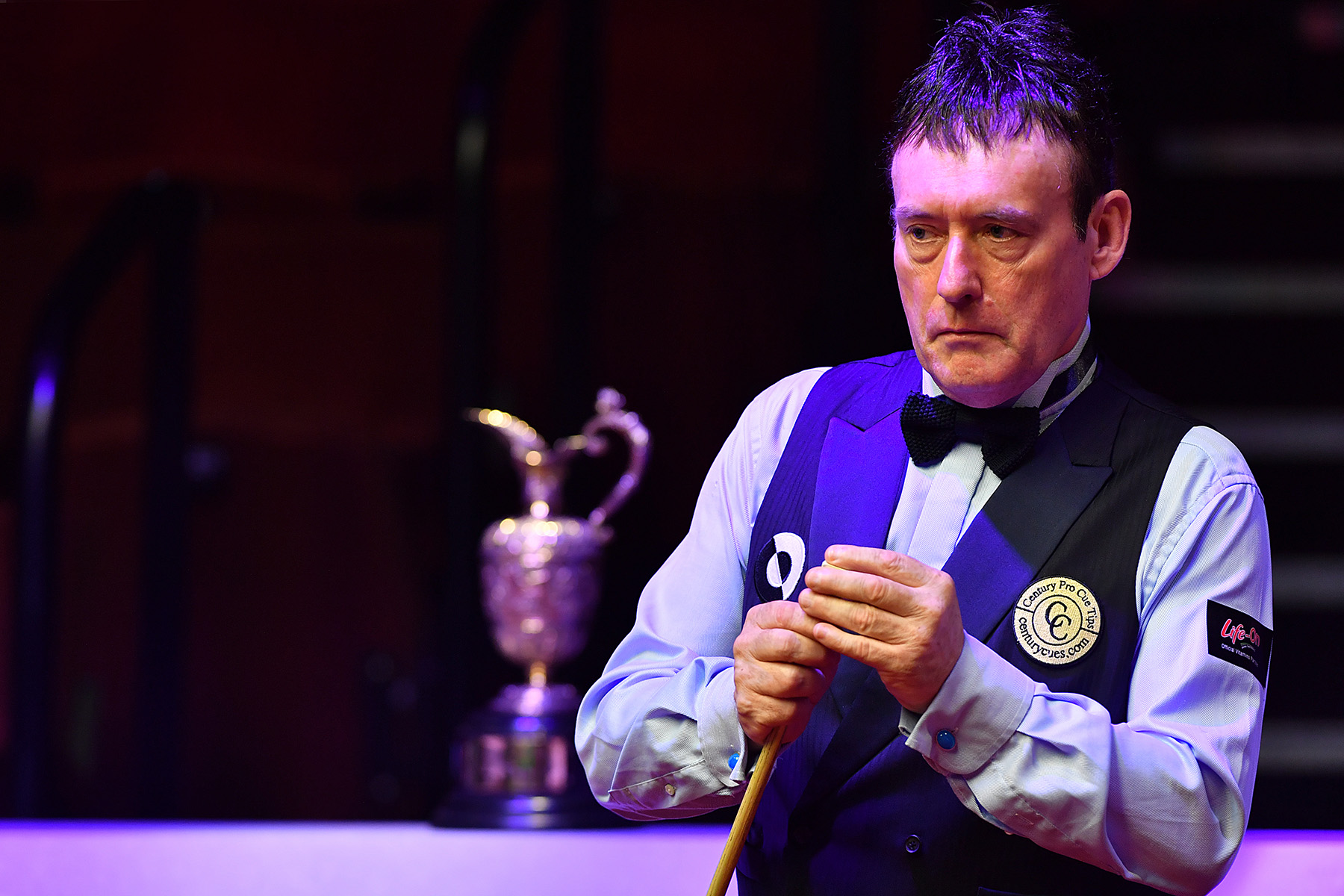 Speaking after the match to BBC Sport’s Rob Walker, White said: “Once I got that frame [fifth] I settled a bit. I didn’t really get going but towards the end I felt really good because I’m playing well in practice so I know that my form’s there.”

“Luckily enough for me Ken missed a couple of balls which would have wrapped the match up. It’s a fantastic win; I’m a bit gutted for Ken because I’ve been here miles in front and got beat. This is a great win for me being 4-0 down.”

Contemplating what might have been, Doherty graciously said: “It completely changed after the interval. I missed a good few chances and Jimmy started to comeback, he played really well.”

“It’s a bit heartbreaking because it would have been nice to get my hands on the trophy but that’s snooker – it can be a great sport; it can be very cruel at times.”

World Seniors Snooker has tonight announced the launch of a new Qualification School for the 2020/21 season.