The season’s fourth ranking event silverware will be claimed next weekend at the Matchroom.Live Northern Ireland Open with an all-star field set to contest the Alex Higgins Trophy.

As the snooker season enters its ‘winter swing’ – a term coined in recent years by Scotland’s Alan McManus – the standard of play on the World Snooker Tour shows no signs of dropping with Mark Selby, Judd Trump, Kyren Wilson and most recently Champion of Champions winner Mark Allen having all impressed en route to success so far in 2020/21.

Of course it is Trump who has captured this title during both 2018 and 2019, each time having defeated Ronnie O’Sullivan 9-7 in the final and the world number one has already enjoyed Home Nations success this season at the English Open last month.

Before him, Mark Williams memorably ended a six-year ranking title drought with his defeat of Yan Bingtao in 2017, while perhaps one of the most unforgettable successes of the past decade saw Mark King claim his maiden ranking title a year earlier.

Once again, the tournament will be held at the Marshall Arena in Milton Keynes as a consequence of the ongoing coronavirus restrictions, but there will nonetheless be a top prize of £70,000 to be won by the last player standing next Sunday.

The seeding structure of the event remains unchanged with the top 32 players seeded apart until the third round, with the remaining players seeded randomly into the draw. Early rounds will be played over the best of seven frames (no interval), increasing for the quarter-finals (9), semi-finals (11) and final (17).

As with previous tournaments, the overwhelming majority of professional players will be involved, with all but five (Mei Xiwen, Marco Fu, Bai Langning, Stephen Hendry and Steve Mifsud) of the 128 WST professionals in the main draw. As with other Home Nations Series competitions, there will also be two regional qualifiers taking part with Northern Ireland’s Declan Lavery and Patrick Wallace joining the fray. 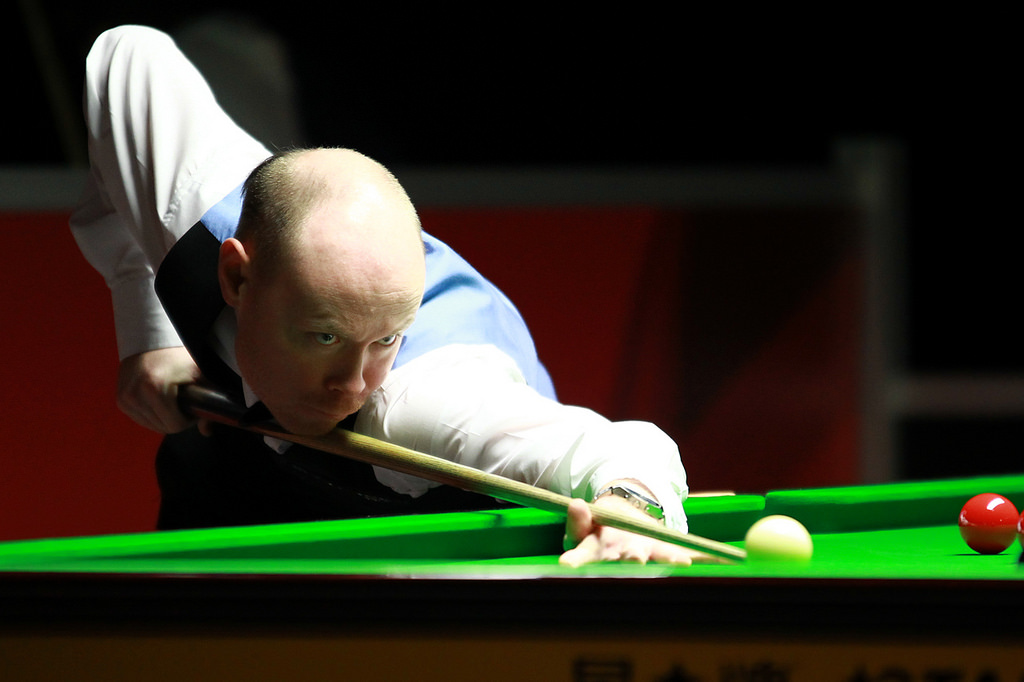 As in previous seasons, the Northern Ireland Open carries added significance as the penultimate tournament in the battle to qualify for the January’s Masters tournament.

We recently analysed the state of play prior to the conclusion of the Championship League last month and the position remains broadly unchanged with Gary Wilson holding a narrow advantage to closest chaser Jack Lisowski for the final spot.

Intriguingly, both Wilson and Lisowski are on course to meet in the third round next week in a match that could have a huge influence on who will claim a spot in snooker’s biggest invitational competition.

Speaking of the draw… 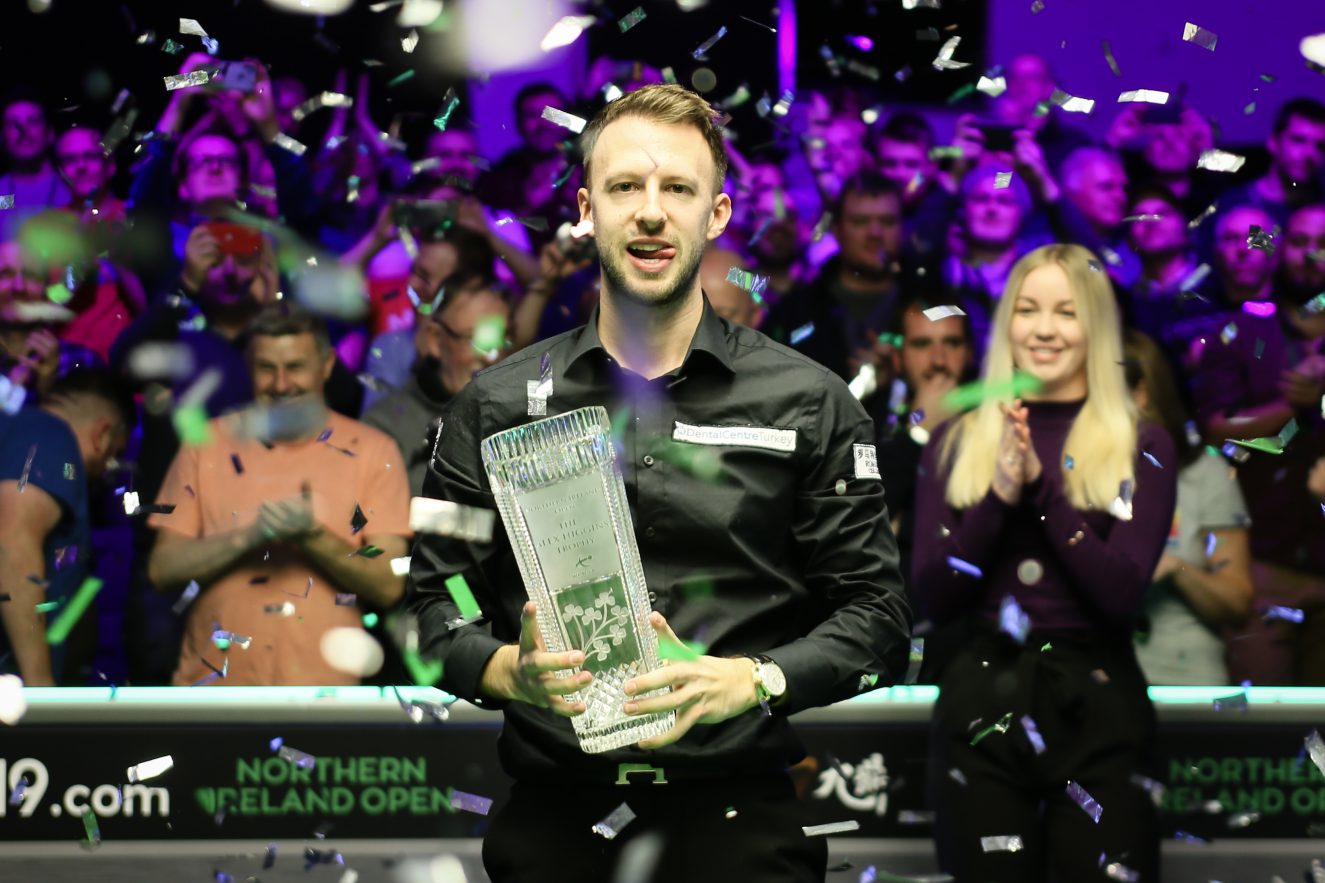 Heading up the draw is of course the defending champion as Judd Trump embarks on what could be a historic week in Milton Keynes. Not since Stephen Hendry claimed the UK Championship in 1994, 1995 and 1996 has a player won a ranking title on three successive occasions, but that is what Trump can emulate if he were to complete a hat-trick of Northern Ireland Open titles next week.

Standing in his path will first be the experienced Gerard Greene, with potentially Mitchell Mann and Luca Brecel to follow in the early rounds if the tournament were to unfold according to seeding. The winner of the aforementioned clash between Wilson and Lisowski could also come into play.

The highest seed in his quarter however is Mark Allen, who notwithstanding his Saturday defeat at the German Masters qualifiers, will come into the tournament with confidence following his Champion of Champions victory last week – which of course included a 6-1 success against Trump at the semi-final stage.

Allen’s path however appears far from straightforward with Anthony Hamilton first up, with Robert Milkins, Scott Donaldson and Tour Championship winner Stephen Maguire among those potentially in his way.

The second section of the draw is led by Mark Selby and Kyren Wilson, who having both tasted ranking event success already this season will be looking to maintain their respective strong form of late.

Notwithstanding a surprise opening-round defeat to the high-scoring Fergal O’Brien in the German Masters qualifiers on Friday, Selby has shown strong form in recent months and will begin his title bid with a match against Andrew Higginson, with potentially Chinese trio Chang Bingyu, Zhao Xintong and Yan Bingtao to follow before the quarter-finals.

For Wilson – who notably ended the ten-final winning streak of Judd Trump with his victory in their Championship League title decider – David Lilley awaits in the opening round before possible match-ups against Chris Wakelin, Michael Holt and David Gilbert before any meeting with Selby.

Other notable names in the section include the likes of Anthony McGill and Barry Hawkins, who are among those still in with a chance of Masters qualification, as well as 2016 champion Mark King.

Neil Robertson finds himself installed as the top seed in the tournament’s third section with sixth ranked Shaun Murphy on paper his biggest threat to a semi-final berth.

Runner-up at both the English Open and Champion of Champions in recent weeks, Robertson will be looking to go one better this week and begins with a clash against reigning Northern Ireland champion Declan Lavery. Intriguingly, he could then face Ben Woollaston in the last 64, with the Leicester potter having beaten Robertson 5-4 only last Thursday at the German Masters qualifiers.

Whoever comes through that one could then face Liang Wenbo, before a potential clash with 2017 champion Mark Williams in the last 16.

For Shaun Murphy, who last week celebrated his sixth professional maximum break against Chen Zifan, comes a tough opener against Ryan Day who himself has also compiled a 147 break earlier this season.

Lyu Haotian or James Cahill would await in the second round, with Kurt Maflin and Stuart Bingham further ahead in the draw before any potential clash with Robertson.

Once again there are a number of players present in this quarter who will also have half an eye on Masters qualification, including Graeme Dott and Ali Carter, while the already mentioned Mark Williams will be looking to consolidate his current top 16 status heading into the all-important UK Championship.

As is customary, the defending world champion is seeded as number two in the draw, meaning that this is where we find Ronnie O’Sullivan with the two-time runner-up looking to kickstart his season in Milton Keynes.

First up he will take on Jamie O’Neill, ahead of a potential meeting with either Li Hang or Elliot Slessor, the latter having defeated O’Sullivan 4-1 at the last 32 stage of this competition back in 2017.

Awaiting the winner in the last 32 could be another player who has enjoyed recent success against O’Sullivan in the form of Matthew Stevens, ahead of a possible clash with Thepchaiya Un-Nooh, who of course did not threaten the reigning world champion this summer during their World Championship meeting.

If O’Sullivan can come through his section then we could see yet another career-meeting with John Higgins at the quarter-final stage with the Scot set to open his campaign against Welshman Daniel Wells.

Faraikh Ajaib, Matt Selt and Ding Junhui – the latter having defeated Higgins at last week’s Champion of Champions – could be among those who would stand between Higgins and another potential meeting with O’Sullivan next week if the tournament were to unfold according to seeding.

Let us know who you think will claim the Alex Higgins Trophy at our social media platforms linked at the top of the page! 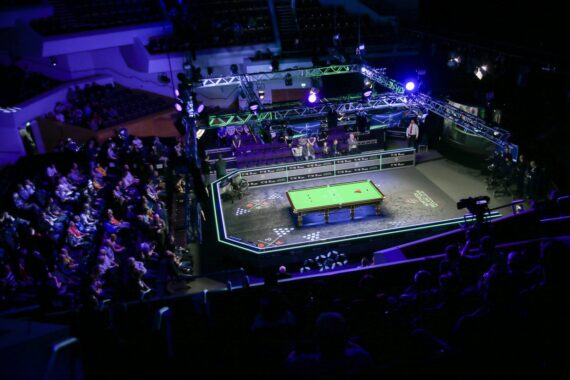 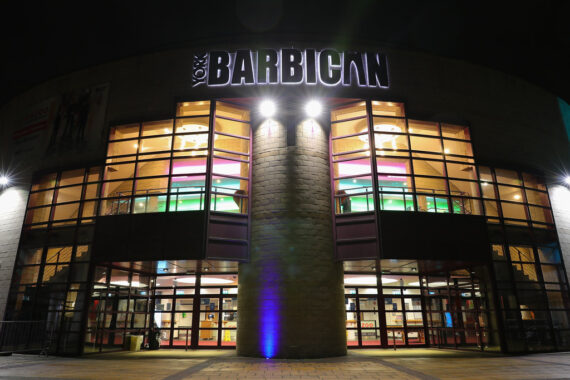 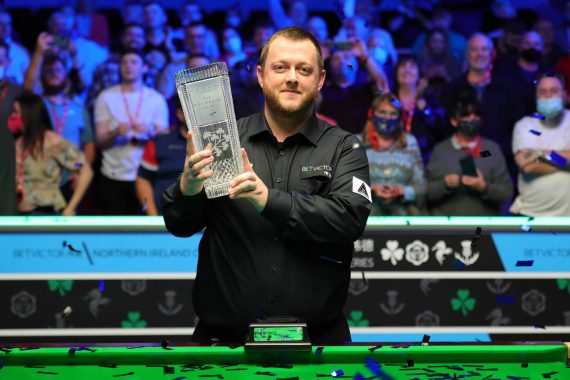